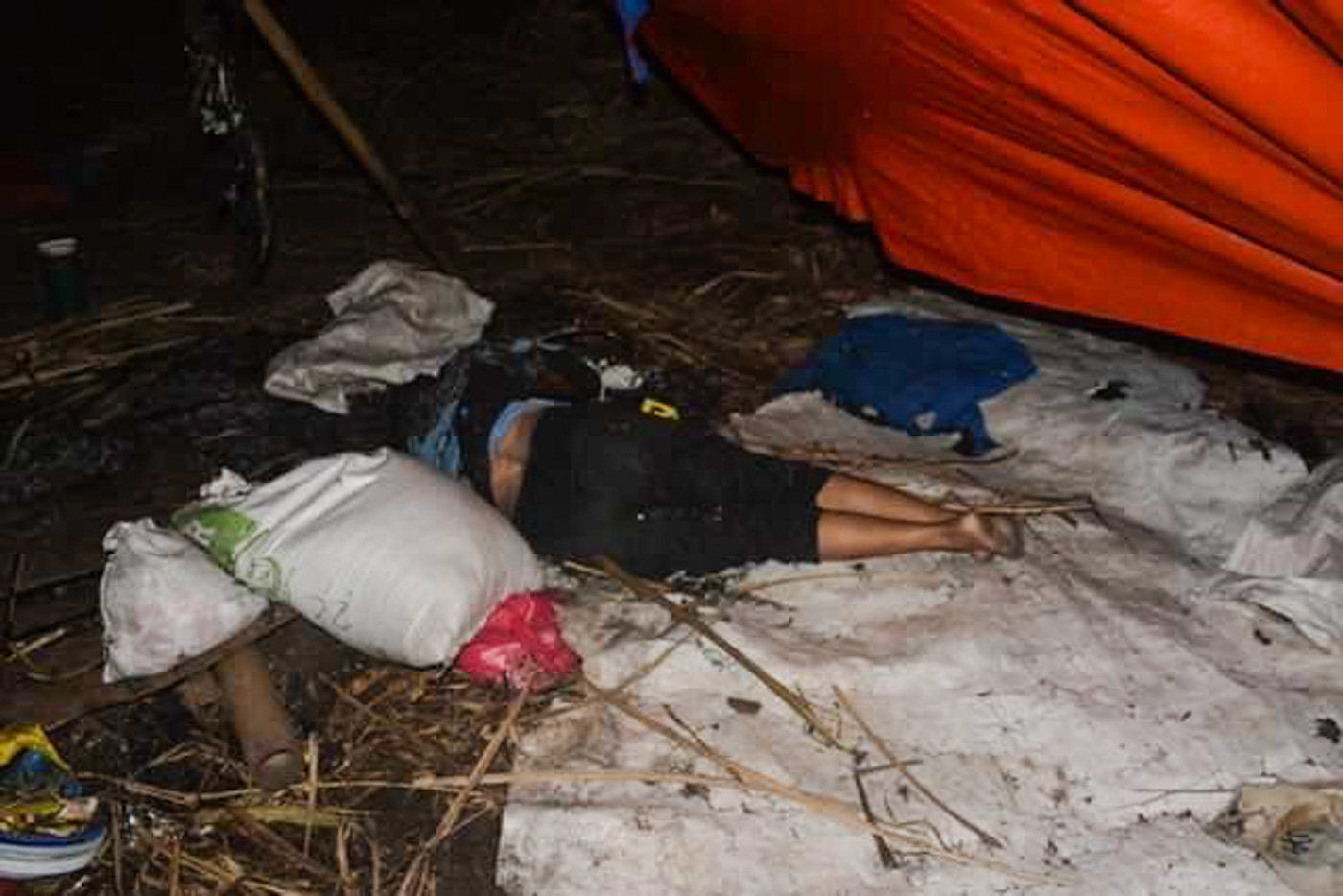 Police filed multiple murder charges against a certain Rene Manlangit and Rogelio Arquillo – recruiters of the farmers to the National Federation of Sugar Workers (NFSW).

The two suspects remain at large.

What did the suspects do? The two allegedly brought the new member farmers to the contested land of Hacienda Nene in Sagay City to be baited into a suspected land dispute, police said in a statement.

Citing statements of 8 complainant-witnesses, police said, “There is only one common ground, that is the recruiters deceived the victims and enticed them to join by promising them a parcel of land once their cause would succeed.”

How about the gunmen? Police have not yet identified the motive of the gunmen for killing the farmers. Police can’t conclude yet that the identified recruiters anticipated the slaughter.

Western Visayas top cop John Bulalacao announced in a press conference on Monday, October 22, that they are looking at the possibility of the landowner hiring goons, as well as other claimants of the land seeking to get rid of the farmer-occupants.

Impartial investigation sought: To ensure an objective investigation into the killings, Negros Occidental Governor Alfredo Marañon Jr created a special task force that will work independently from the police and military.

“I declare as the governor of Negros Occidental, that I am creating a special task force known as Special Task Force Hustisya. The special task force shall ensure thorough and impartial investigation on the ‘Sagay 9’ incident so that real truth and proper justice shall be served to the families of the victims at the soonest time possible,” Marañon said Friday night, October 26.

The task force will be composed of representatives of the Social Action Center, the Archdioceses of San Carlos and Bacolod, the provincial public attorneys office, and the provincial office of the Department of Agrarian Reform. – with a report from Marchel P. Espina/Rappler.com