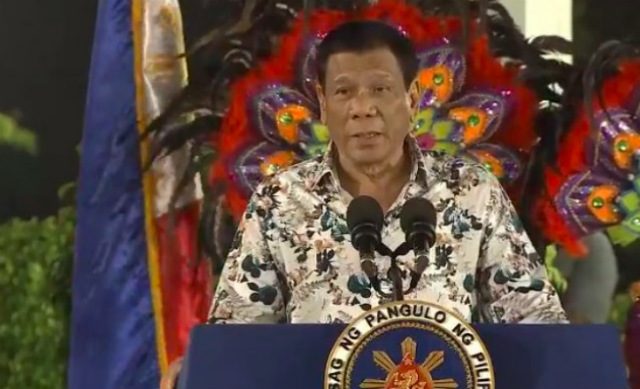 In a speech in Bacolod City, Duterte said Lapeña and former commissioner Nicanor Faeldon were tricked by an insider, adding that the two had helped stop anomalies within the Bureau of Customs (BOC) in the past.

(I wouldn’t have appointed them if they were corrupt. The perpetrators really just got past them because these were insiders. They couldn’t get hold of them, the system proved to be overwhelming for them.)

Lapeña is under fire because of the shabu worth P11 billion that allegedly slipped past Customs under his leadership. This controversy is the subject of congressional hearings.

The existence of the shabu, as claimed by the Philippine Drug Enforcement Agency, was previously contested by BOC. But on Wednesday, October 24, Lapeña changed his tune and conceded that the magnetic lifters may have contained illegal drugs.

Malacañang, however, clarified that Lapeña continues to enjoy the trust of the President, and that his move to another government office was not out of frustration over the shabu controversy. – Rappler.com