Panelo on ‘laway’ remark: Duterte’s speaking style made him President 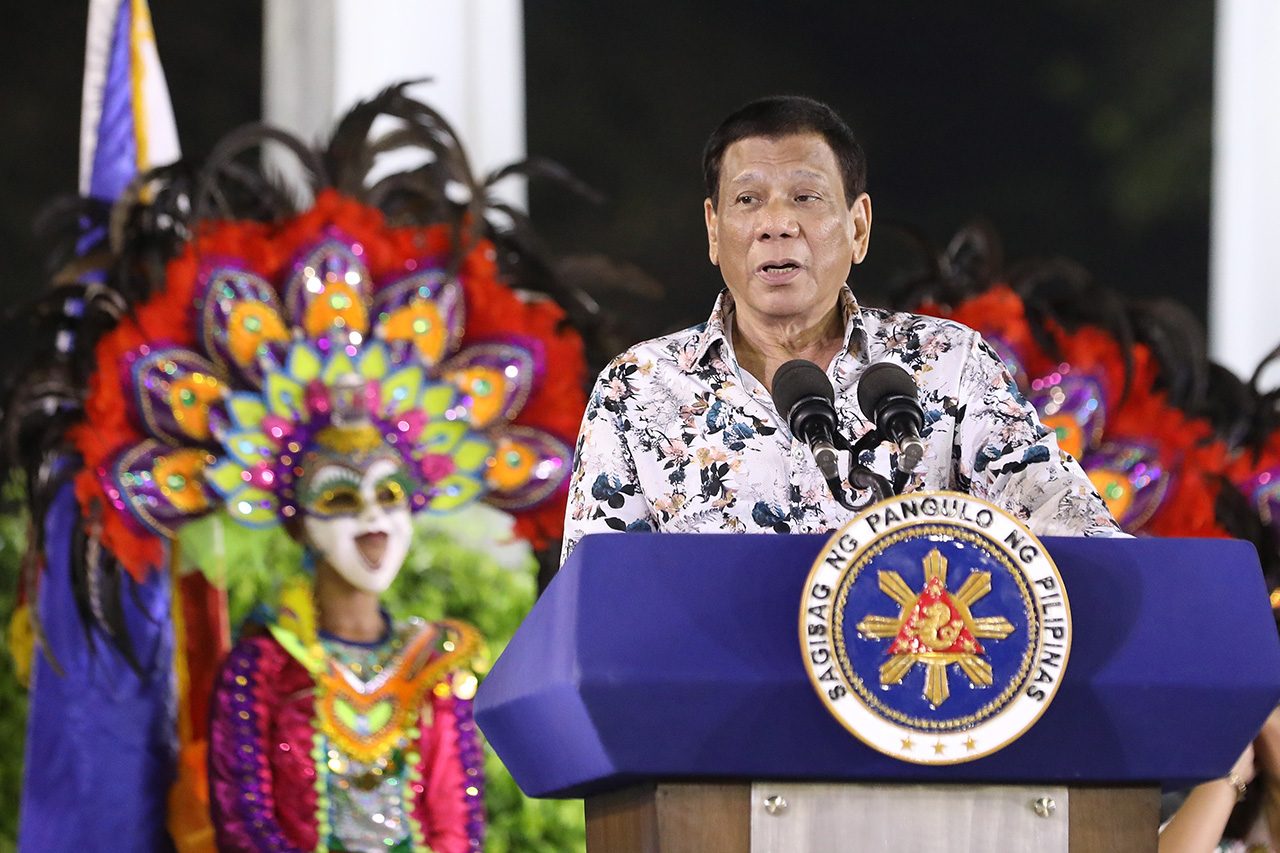 MANILA, Philippines – As far as Malacañang is concerned, there’s no need to worry about the possible consequences of President Rodrigo Duterte’s sexist remarks, including his latest one – that he wanted to take the saliva of beautiful female critics.

“Bastusin mo na ako pero ‘pag babae ka na maganda at dinuraan mo ako, ‘yung laway mo kunin ko (You can be rude to me, but if you’re a beautiful woman who spits on me, I will get your saliva),” he had said on Saturday, October 27.

“That is his style and, in fact, that style made him the President of the land overwhelmingly,” said Panelo on Monday, October 29.

He said Filipinos should not worry about the possible effects of such remarks coming from Duterte.

“I don’t think we should be worried [about] the impact of those statements made by him. What is important to my mind is that he functions well as President of this country and that he serves well his citizenry,” Panelo said.

As President though, Duterte is tasked to implement all the country’s laws, including the Magna Carta of Women and other policies promoting gender equality and women empowerment.

A gender studies expert has also spoken of the social cost of Duterte’s sexist remarks, including the undermining of laws protecting women from sexual harassment.

On Saturday, after his first mention of saliva and beautiful women, Duterte also had this to say about critics of his controversial behavior.

(You wouldn’t know, you crazy women, because you’re ugly. Your teeth are huge. I wouldn’t kiss the lot of you. But if a [beautiful] woman kisses me, I’ll get her saliva, I’ll place it on my tongue, then I’ll go to her and say, “Here’s your saliva. I added my own, because you’re beautiful.”) – Rappler.com