Senator Richard Gordon, chairman of the Senate blue ribbon committee, expressed dismay over Lapeña’s absence at the hearing – the first to be held after President Rodrigo Duterte moved Lapeña from the BOC to the Technical Education and Skills Development Authority. (LIVE: Senate hearing on P11-B worth of shabu slipping past Customs)

“Their reason is there was a change of command,” Gordon said of Lapeña’s absence at the hearing.

“I made a statement that the change of command can be done at another time. But if the Senate is on vacation and we are still conducting a hearing and that should be respected by Sid Lapeña,” the senator added.

An afternoon advisory from the BOC information office said, however, that the official BOC leadership turnover from Lapeña to former military chief Rey Guerrero would be held at 8:45 am on Wednesday, October 31, or a day after the hearing.

Gordon also stressed that Lapeña needed to appear in his committee’s probe more than ever as it was the first hearing since Lapeña was removed from te BOC amid public outrage over the missing shabu shipment.

“I think it’s up to him to lessen the doubts of the people,” Gordon added.

He said the absence of Lapeña that day “only prolongs our agony here,” since his testimony was still needed at the investigation. 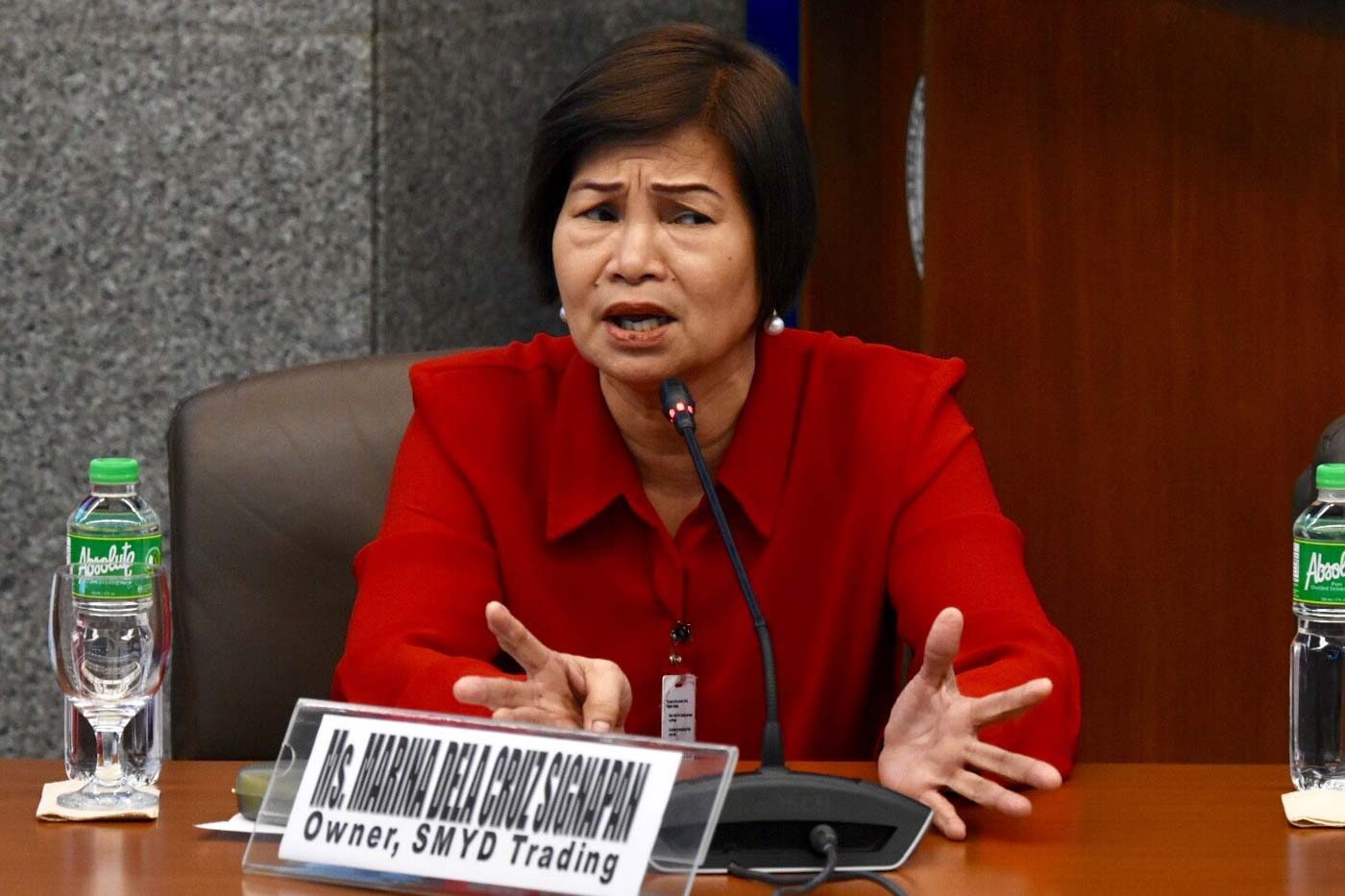 Marina Signapan, the owner of SMYD Trading – the company that the supposed shabu-packed magnetic lifters were consigned to – was also absent in the hearing on Tuesday.

According to her lawyer Katrina Talon, Signapan was “not feeling well” because of a “threat to her life.”

Talon said that two weeks ago, a day after Signapan was called to the BOC for an investigation, cops appeared in her home bearing a valid search warrant from a Laguna judge. Tignapan was not home at the time when the Cavite cops searched her house for pistols and handguns, but authorities found no weapons there.

While the cops had a valid search warrant, Talon flagged that it was suspicious that the cops got a tip accusing Signapan of illegal possession of firearms amid the congressional hearings into the missing shabu.

The lawyer also said Signapan called to tell her that there were several unidentified men who watched her house and followed her around.

“She was feeling threatened because of that,” Talon said.

Responding to questions from Gordon, Talon said her client only felt sick that morning, and could not secure a medical certificate in time for the hearing. She said they would submit the document to the panel later to prove Signapan’s state of health. – Rappler.com