Facebook Twitter Copy URL
Copied
'There has been a culture of impunity for a long time, and it is getting worse,' says Australian nun Sister Patricia Fox as she arrives in Melbourne

MELBOURNE, Australia – Sister Patricia Fox, the Australian nun who lost a long legal battle with Manila to stop her deportation, attacked Philippine President Rodrigo Duterte’s “reign of tyranny” as she arrived in Melbourne on Sunday, November 4.

Fox, 72, who spent almost 3 decades working with Philippine laborers, farmers, and urban poor, was accused of illegally engaging in political activism as Duterte’s government cracked down on foreign critics on its soil. (READ: Crackdown on missionaries fuels dictatorship fears)

Fox apparently angered the fiery Duterte by joining a fact-finding mission in April to investigate alleged abuses against farmers, including killings and evictions by soldiers fighting guerrillas in the southern Philippines.

Welcomed by supporters at Melbourne airport, Fox told reporters she was happy to be home but had found it hard to leave.

“At present, the Philippines, the human rights abuses are just increasing and it is a reign of tyranny at present,” Fox said.

“There has been a culture of impunity for a long time, and it is getting worse.” 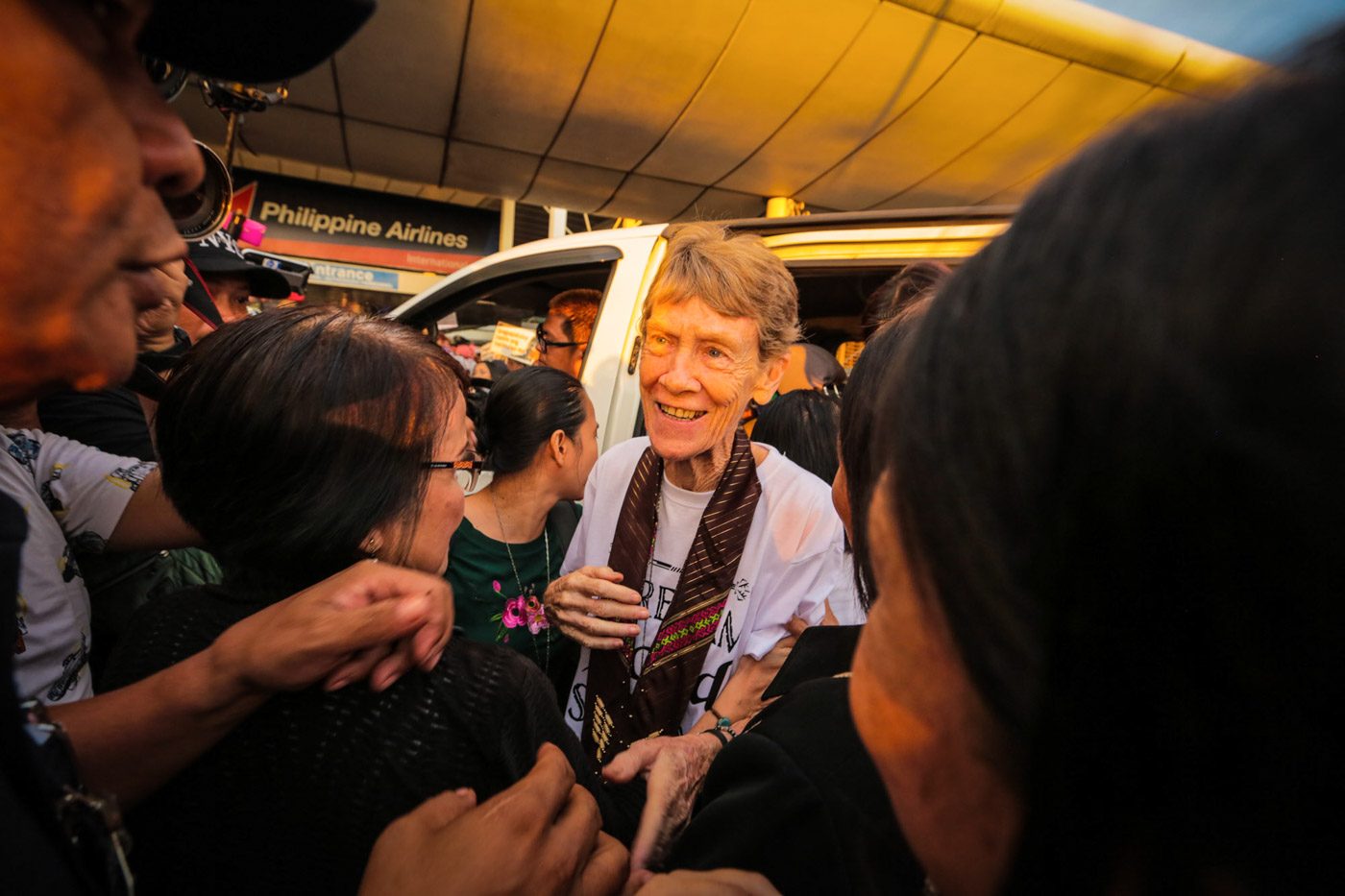 Fox had been arrested briefly on charges of violating her visa’s terms against activism in the Philippines, and the slow turning wheels of the country’s bureaucracy began moving to strip her of her papers.

Immigration authorities last week said they refused to extend her tourist visa and ordered the 72-year-old out by Saturday, November 3.

She decided to return to Australia rather than risk being forcibly removed.

Church figures have previously criticized Duterte’s policies, particularly his signature war on drugs that has left almost 5,000 people dead since he took office in 2016.

Human rights groups charge that the actual death toll is about 5 times that total. – with reports from Agence France-Presse/Rappler.com