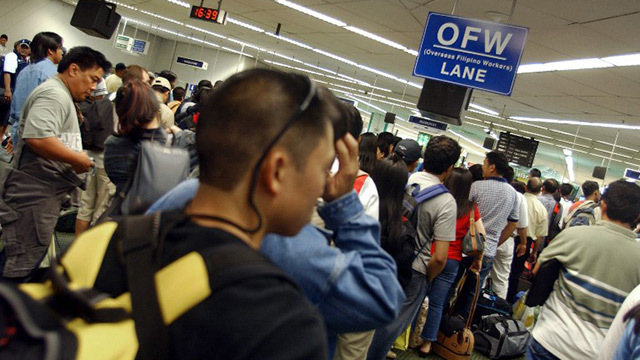 “The amount is kept by MIAA in a trust account and is distinct and separate from the agency’s corporate funds. The money does not belong to MIAA. It will remain in the trust account until fully refunded to the passengers who own them,” Monreal said.

Of the total, domestic terminal fees remitted by Cebu Pacific and CebGo amount to P172.33 million, while some P105.32 million were remitted by 18 international airlines.

MIAA said OFWs need to present a copy of their overseas employment certificate and their airline ticket for a refund.

Non-OFWs with unused airline tickets may get a terminal fee refund by showing their proof of purchase and certification from the airline that they were not able to take their flights.

The terminal fees can be redeemed at the designated counter at the departure area.

Bello said on Monday, November 5, that they wrote to the Civil Aviation Authority of the Philippines (CAAP) to turn over the terminal fee collection to the Overseas Workers Welfare Administration (OWWA) instead.

“Our letter includes our request for CAAP to turn over their collection and they should remit it to OWWA as the trustee of the OFWs. ‘Yan ang hinihintay namin na gagawin ng CAAP (That’s what we’re waiting for CAAP to do),” Bello said.

Monreal said on Wednesday that Transportation Secretary Arthur Tugade already ordered him to transfer the funds to the appropriate agency, “if directed by the authority vested with the mandate to decide on the matter.”

Rappler reached out to Monreal to clarify which agency has the authority, but he has yet to reply as of posting.