House to ‘abide by’ Sandiganbayan verdict vs Imelda Marcos 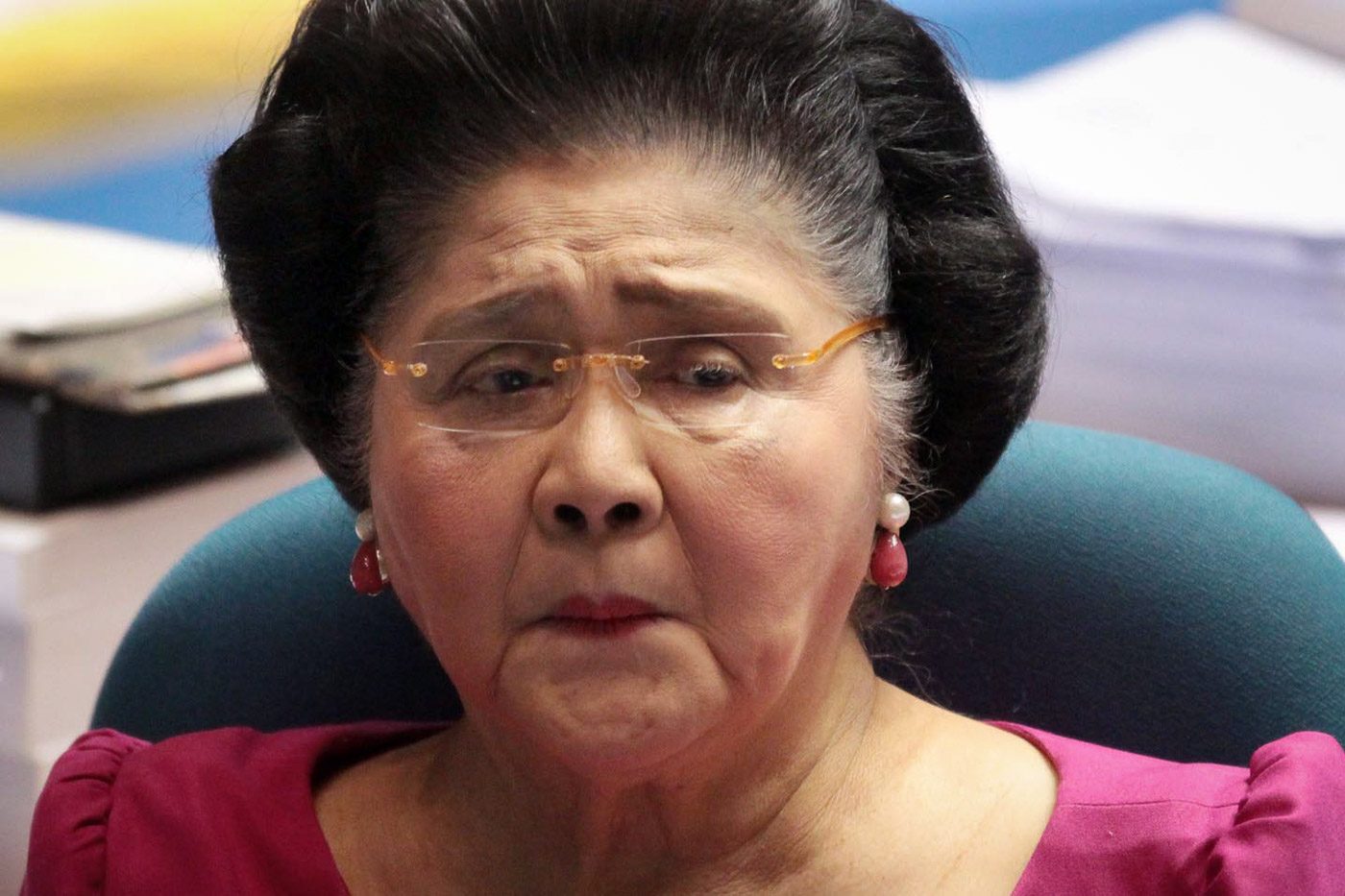 MANILA, Philippines – The House leadership said it will “respect” and “abide by” the Sandiganbayan’s conviction of Ilocos Norte 2nd District Representative Imelda Marcos for 7 counts of graft

“While there are remedies available to all persons under our criminal justice system including, but not limited to, provisional remedies and appeal, the House will respect and abide by the decision of the Sandiganbayan,” said Andaya, who is Camarines Sur 1st District congressman.

Marcos, wife of the late strongman Ferdinand Marcos, is now facing arrest after the anti-graft court found her guilty of 7 counts of graft related to private organizations created in Switzerland while she was a government official from 1968 to 1986.

Sandiganbayan records show that Marcos’ children – former senator Ferdinand “Bongbong” Jr and Ilocos Norte Governor Imee Marcos – were beneficiaries of the Swiss foundations that were illegally created and maintained by their mother.

The court sentenced Marcos to prison for 6 years and 1 month to 11 years for each case. Marcos, who is running for Ilocos Norte governor, is also perpetually disqualified from holding public office.

Graft is a bailable case, however, which means Marcos may be given provisional liberty while she is appealing the conviction. Upon payment of bonds, the warrants of arrest will be lifted. (READ: Imelda Saga: Will she go to jail or not?)

An arrest warrant has not been issued against Marcos. But Philippine National Police (PNP) chief Director General Oscar Albayalde said they will be considering her age and health in implementing a warrant of arrest against the 89-year-old congresswoman should it be issued.

“That may sound very reasonable, considering [89] years old na naman ‘yong [former] first lady. Palagay ko kung uungkatin-ungkatin pa ‘yan, we’re not going to move on eh. Plus the fact that some of these critics, wala nang ginawa kung hindi hanapin ‘yong issue against the late president. What about the good things that they have done?” said Suarez.

(That may sound very reasonable, considering the former first lady is already 89 years old. I think that if we keep on bringing up old cases, we’re not going to move on. Plus the fact that some of these critics, they do not anything else besides finding issue with the late president. What about the good things they have done?)

The Martial Law years were marred by killings, torture, disappearances, media oppression, and corruption that have left the Philippine economy reeling to this day. (READ: Martial Law, the dark chapter in Philippine history)

Marcos herself is notorious for the thousands of shoes she left behind when her family fled Malacañang after the 1986 People Power Revolution.

Opposition congressmen welcomed Marcos’ conviction, calling it a “taste of justice” decades after the conjugal dictatorship of the Marcos couple.

Presidential Spokesperson and Chief Presidential Legal Counsel Salvador Panelo said the guilty verdict handed down to Marcos should serve as a “good reminder” to public officials that they can be held accountable for their crimes. – Rappler.com