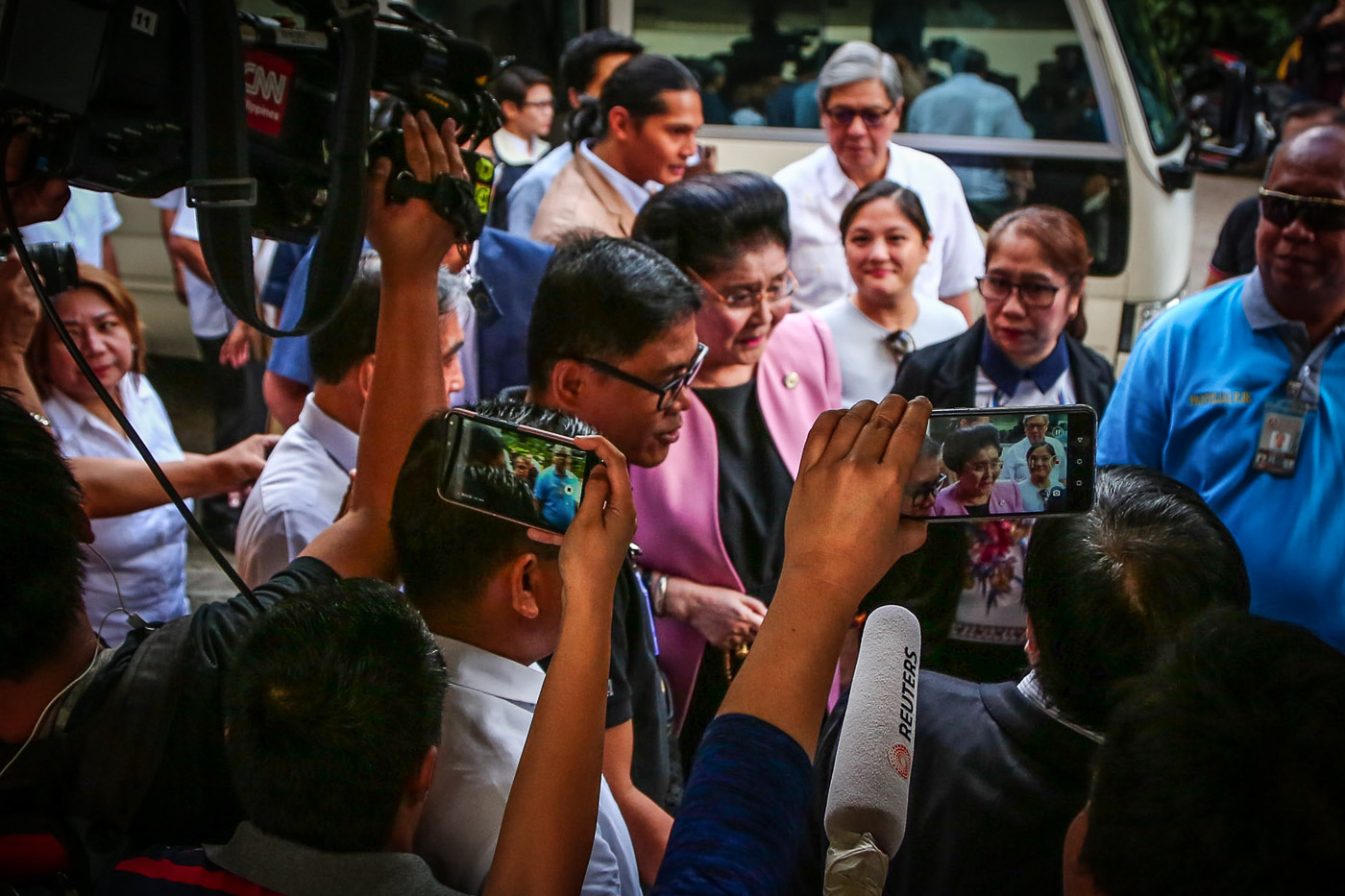 MANILA, Philippines – Ilocos Norte 2nd District Representative Imelda Marcos on Friday, November 16, appeared before the Sandiganbayan for the first time since the anti-graft court convicted her of 7 counts of graft.

Many people gathered outside the court to taunt and cheer on the Marcos matriarch.

Groups including Martial Law victims and militant organizations held up streamers and posters demanding the Marcoses to return their ill-gotten wealth. They also urged the court to send to prison  the widow of the late strongman Ferdinand Marcos. 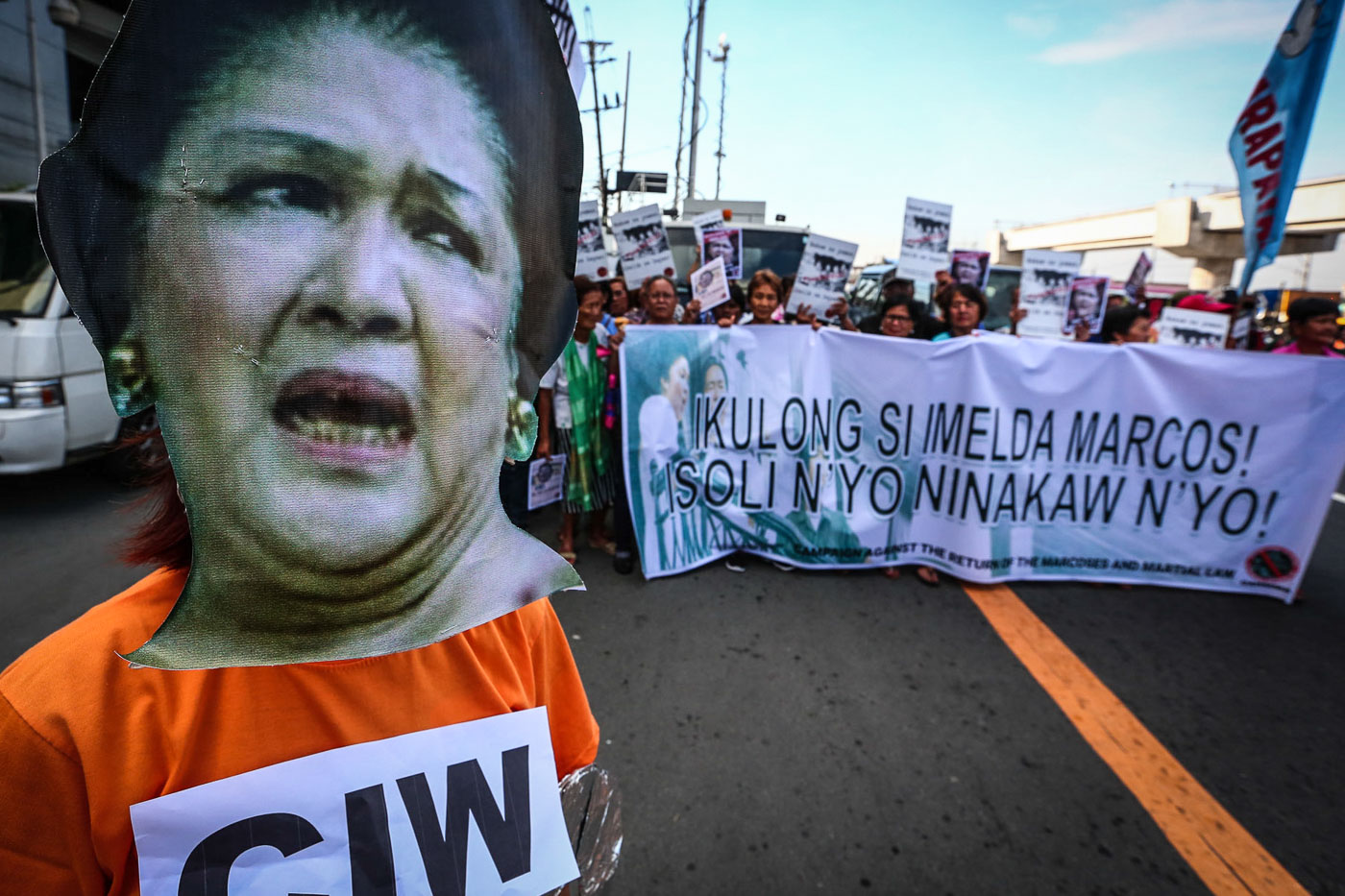 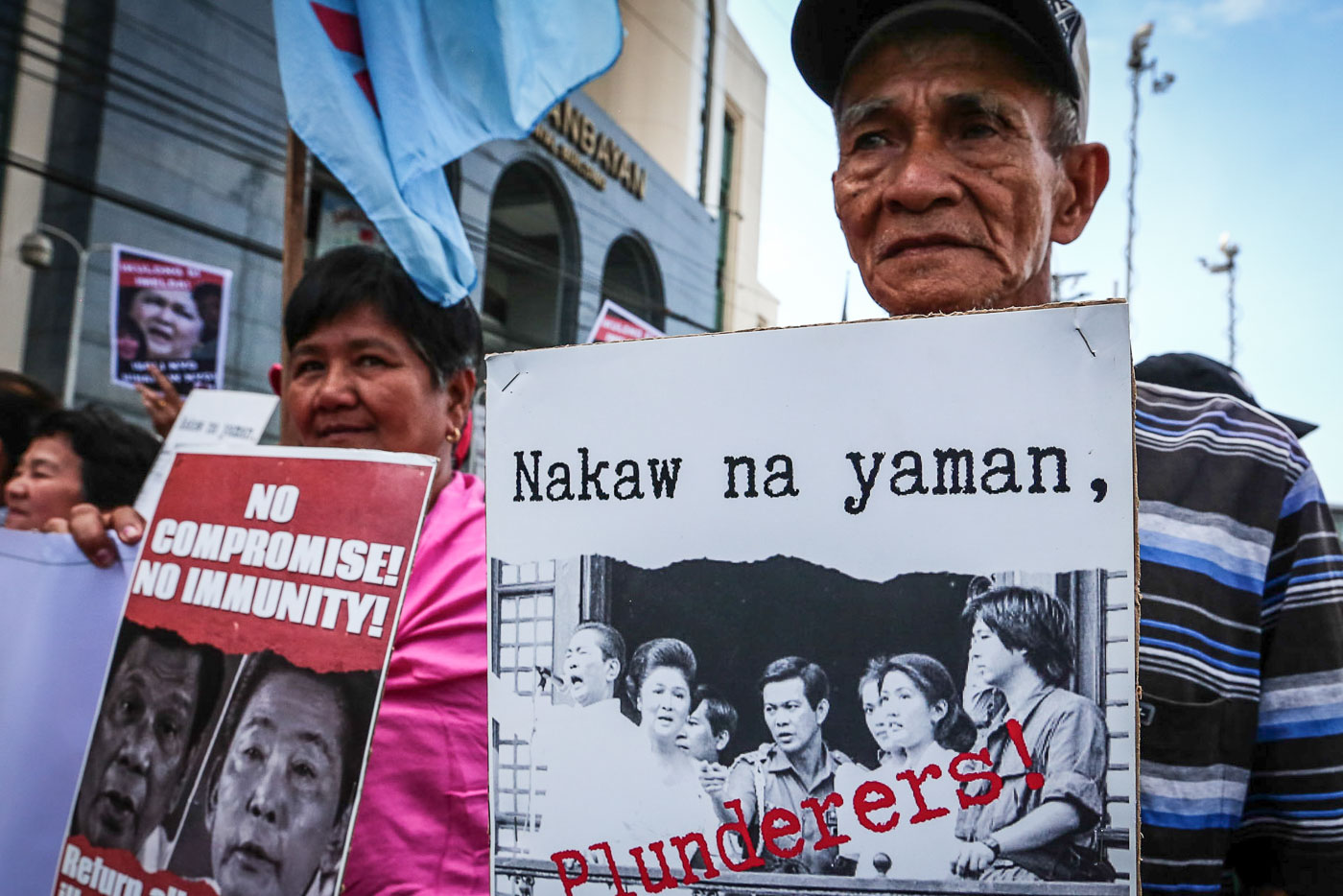 Marcos loyalists demanded “justice” for the lawmaker. One poster showed an image of the Marcos couple in the 1970s, with Imelda’s cartoon bubble saying in Filipino (with an English translation provided): “Kami ang ninakawan (We’ve been robbed)!” 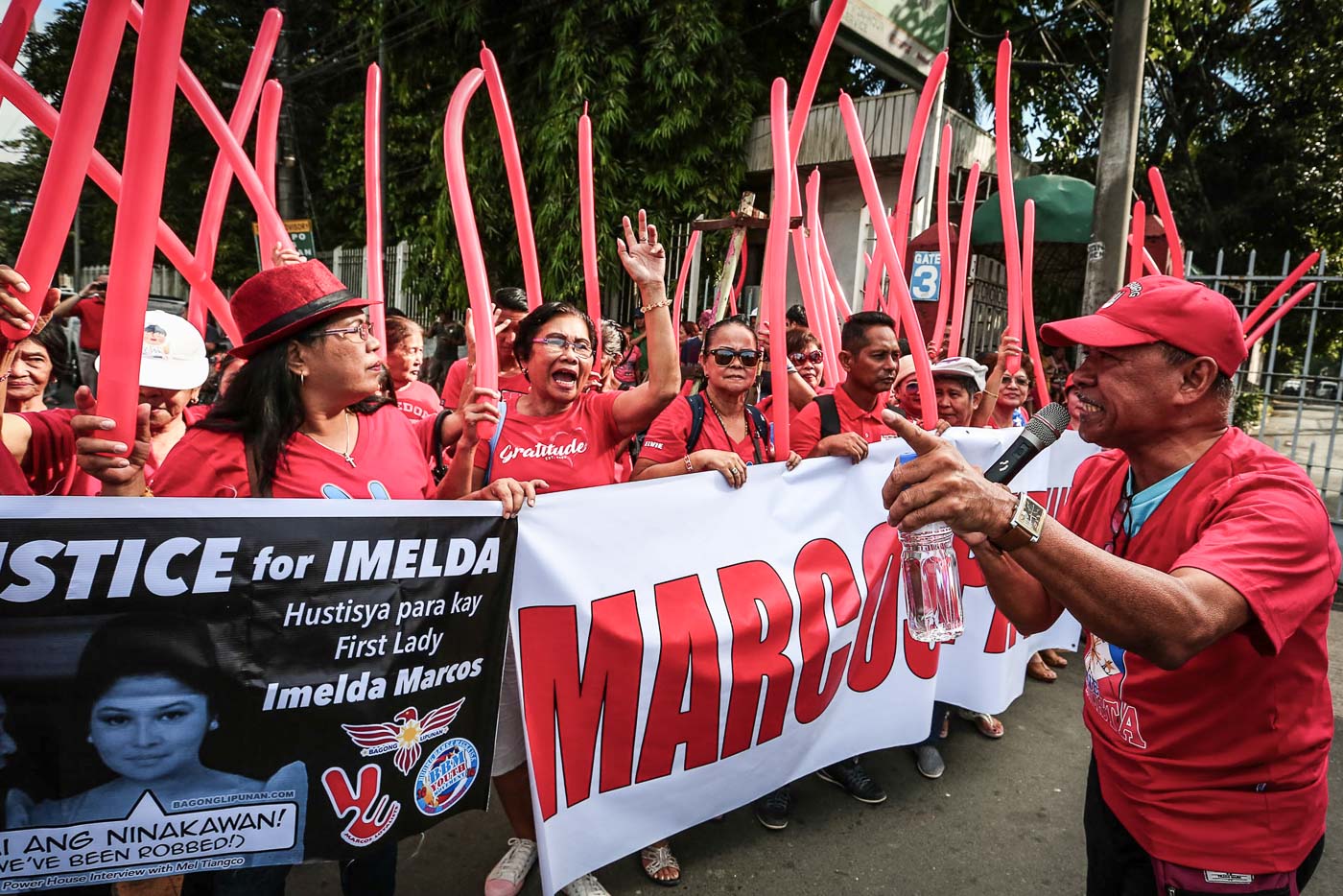 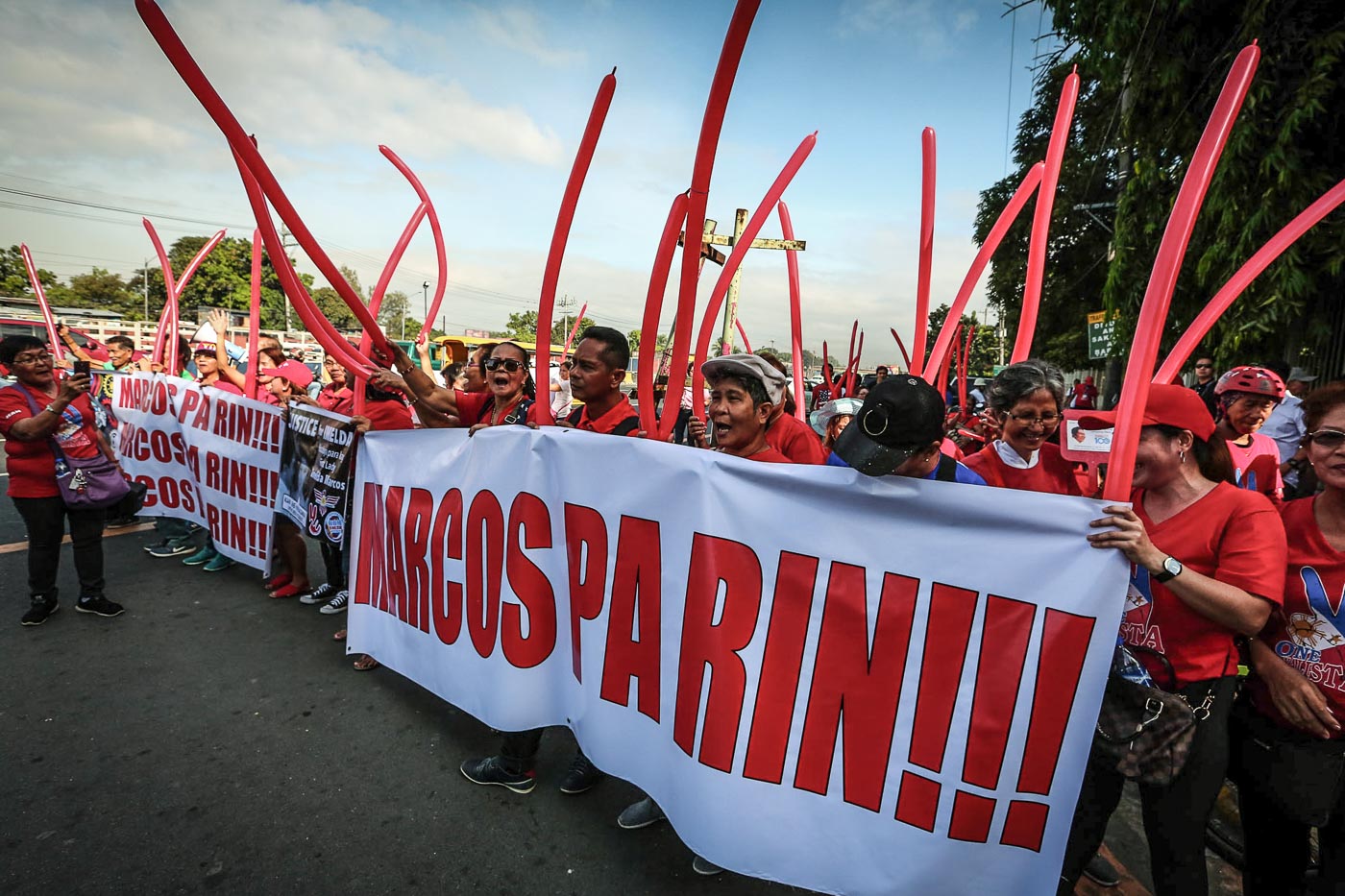 Marcos was convicted of 7 counts of graft for illegally creating and maintaining private organizations in Switzerland. She was sentenced to 6 years and one month to 11 years for each count. – Rappler.com