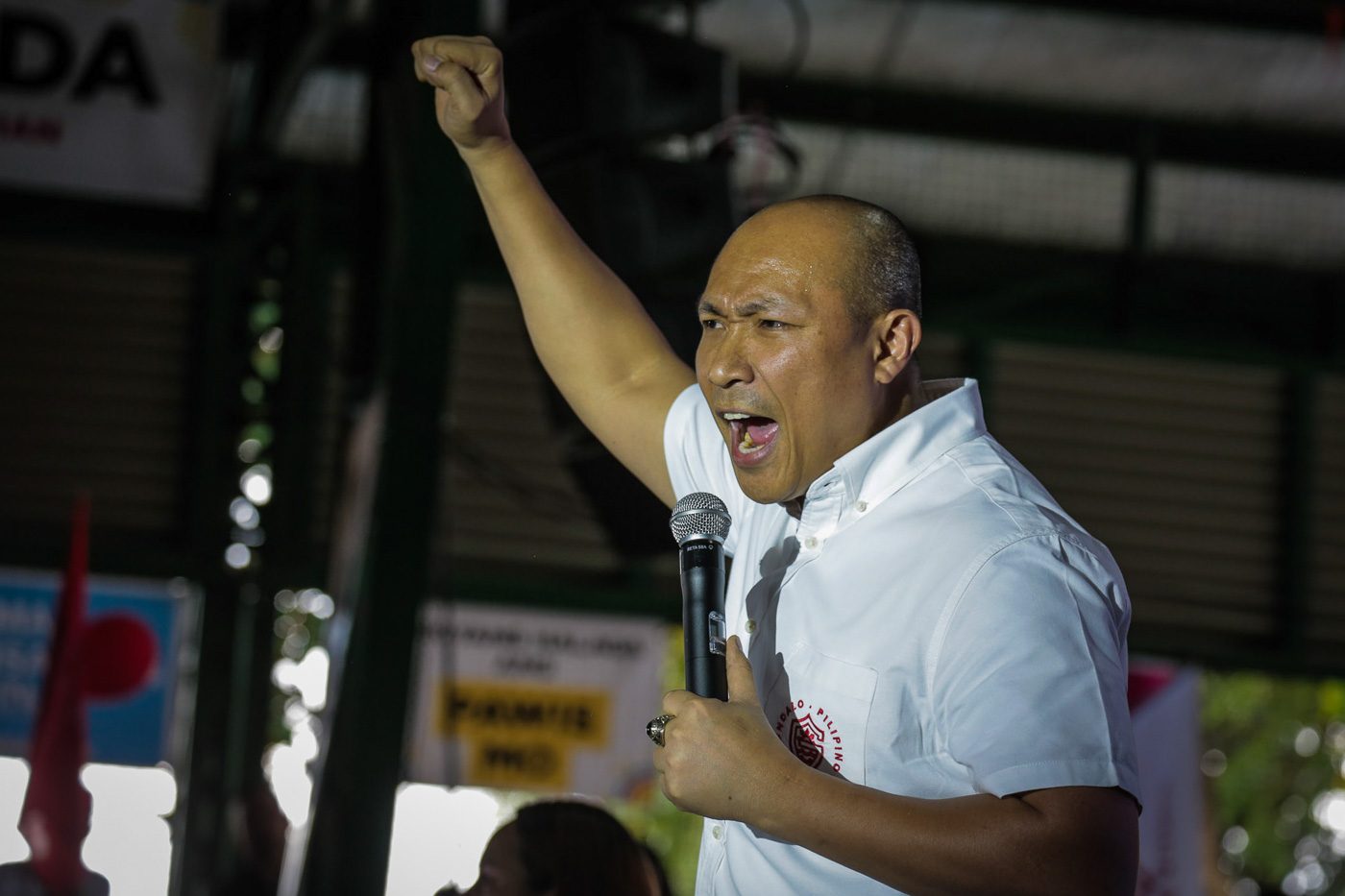 Alejano, who is Magdalo’s representative in Congress and aspiring to be senator in 2019, made the statement after Duterte told a group of overseas Filipinos Friday night, November 16, that the group “destroyed everything, parang (like) ISIS.“

Duterte was referring to two failed uprisings led by Magdalo at the Oakwood and Manila Peninsula hotels, for which members were jailed and then later granted amnesties, including fierce opposition Senator Antonio Trillanes IV.

“It is standing for our principles and our love for the country which led us to the Oakwood and Manila Peninsula incidents. I do not expect our transactional President, who sells our territory to China and betrays our country, to understand such values of patriotism and nationalism,” Alejano said on Saturday, November 17.

Alejano is one of the most vocal critics of Duterte’s policies toward China. Duterte has chosen to set aside the Philippines’ historic win against China at The Hague to gain loans and grants from Beijing.

Chinese President Xi Jinping will visit Manila on November 20 and 21.

Alejano on Saturday said that both uprisings were made out of an honest thirst for reforms amid the corruption-stricken administration of former president and now House Speaker Gloria Macapagal Arroyo.

“It was not our intention to sow fear or terror or to shoot it out with the military and police. In both the Oakwood and Manila Peninsula incidents, we did not fire a single shot nor harmed anyone. Inilalagay ang tapang sa dapat paglagyan (Our courage was in the right place). What was important to us was for our message to be heard and acted upon,” Alejano said.

He added: “It is extremely flippant and utterly disrespectful for the President to liken us to terrorists. Being former soldiers, we have risked our lives on many occasion to fight terrorists and protect our country from enemies of the state.”

Taking a swipe at Duterte’s absence in some events of the ASEAN Summit, which was explained by the Palace as being due to the President’s needs to take power naps, Alejano said: “So this is what happens when the President takes power naps: vilifying the opposition.” – Rappler.com