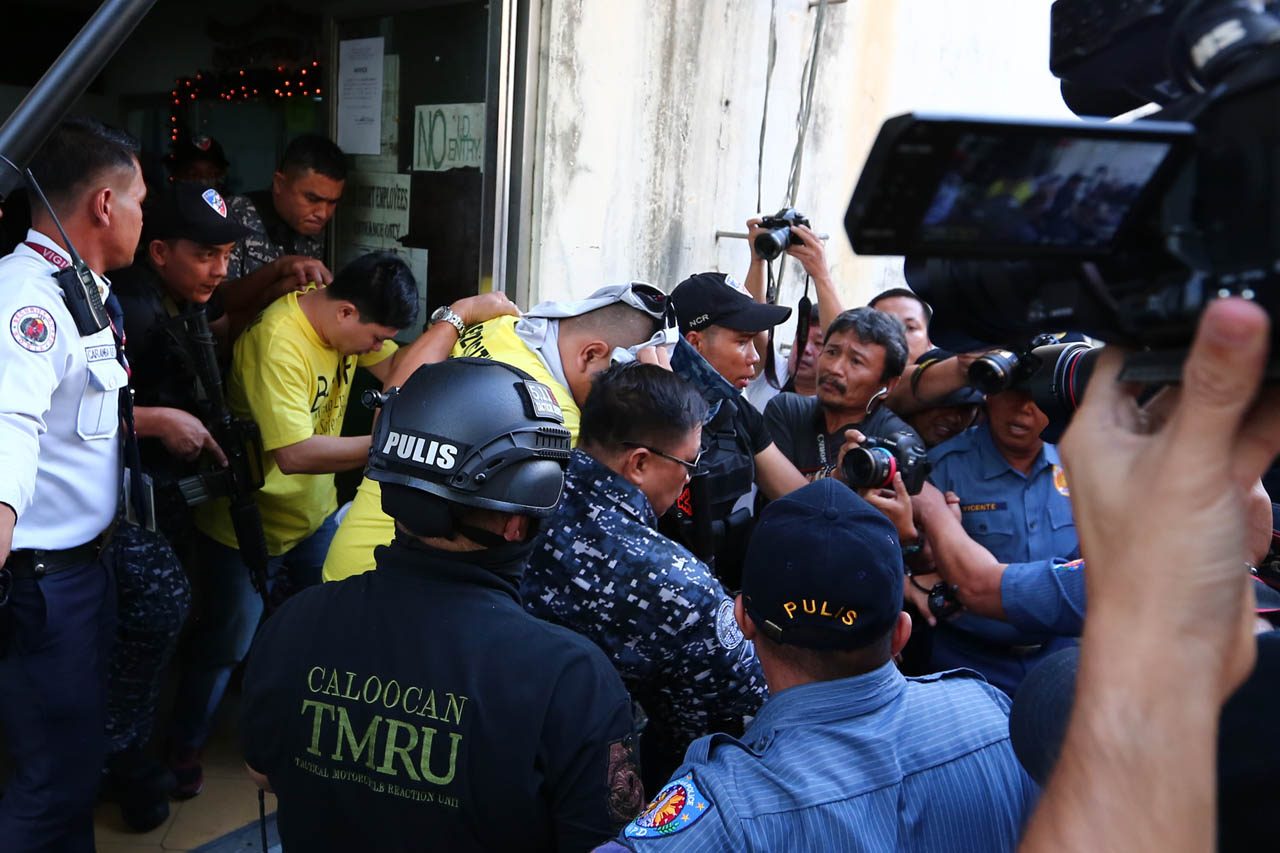 Facebook Twitter Copy URL
Copied
(3rd UPDATE) The cops face the penalty of reclusion perpetua, or imprisonment for 20 to 40 years, without eligibility for parole

“The court commiserates with our policemen who regularly thrust their lives in zones of danger in order to maintain peace and order and acknowledges the apprehension faced by their families whenever they go on duty,” said Azucena in his 35-page decision.

“But the use of unnecessary force or wanton violence is not justified when the fulfilment of their duty as law enforcers can be effected otherwise. A shoot first, think later attitude can never be countenanced in a civilized society,” he added.

But the cops were found not guilty of planting firearms and drugs for failure of the prosecution to prove this.

The moment the court handed out the verdict on Thursday, a cry came out from the defense side, from one of the girlfriends of the cops. Cruz was also seen crying.

The 3 were immediately whisked away by their police escorts, but no one wanted to make a statement. The police did not say where they would be taken.

By rules, convicts are generally committed to the New Bilibid Prison, but the court has yet to release a commitment order as of posting time.

The 3 policemen, previously of Caloocan City Police Station 7, were arrested and detained February this year, or 6 months after Delos Santos was killed. The teen was shot while in a kneeling position in a dark alley in Barangay 160, Caloocan.

The police team was conducting the anti-drug operation Oplan Galugad, when they claimed the lanky Delos Santos shot at them. They claimed the usual police narrative of “nanlaban (fought back)” or shooting the victim as part of self-defense, which has been the line of the government in response to accusations of extrajudicial killings.

CCTV footage later showed the policemen dragging a teen – supposed to be Delos Santos – across a basketball court, before taking him to a dark alley. According to forensic experts, the victim was kneeling, face down, when he was shot.

The cops did not deny shooting Delos Santos, but they denied that the teen in the CCTV footage was the victim.

It was the most sensational case yet of an extrajudicial killing in Duterte’s war on drugs, which boosted the case for human rights advocates who claim cops are killing Filipinos with impunity emboldened by the tough-talking Duterte.

During the presidential campaign, and even when he was already Chief Executive, Duterte promised cops he would grant them presidential pardon if they are sent to prison for killing criminals and civilians in the line of duty.

The Supreme Court is currently reviewing thousands of police documents related to the deaths committed under the mantle of the war on drugs, whose constitutionality they will have to decide.

So far, the High Court has released a resolution saying the number of deaths alone gives the impression that the killings are state-sponsored.

As a response, Duterte withdrew the Philippines from the ICC, but the preliminary examinations remain valid based on the Rome Statute. – Rappler.com