Panelo on ‘Duterte death squads’: Civilians should be happy 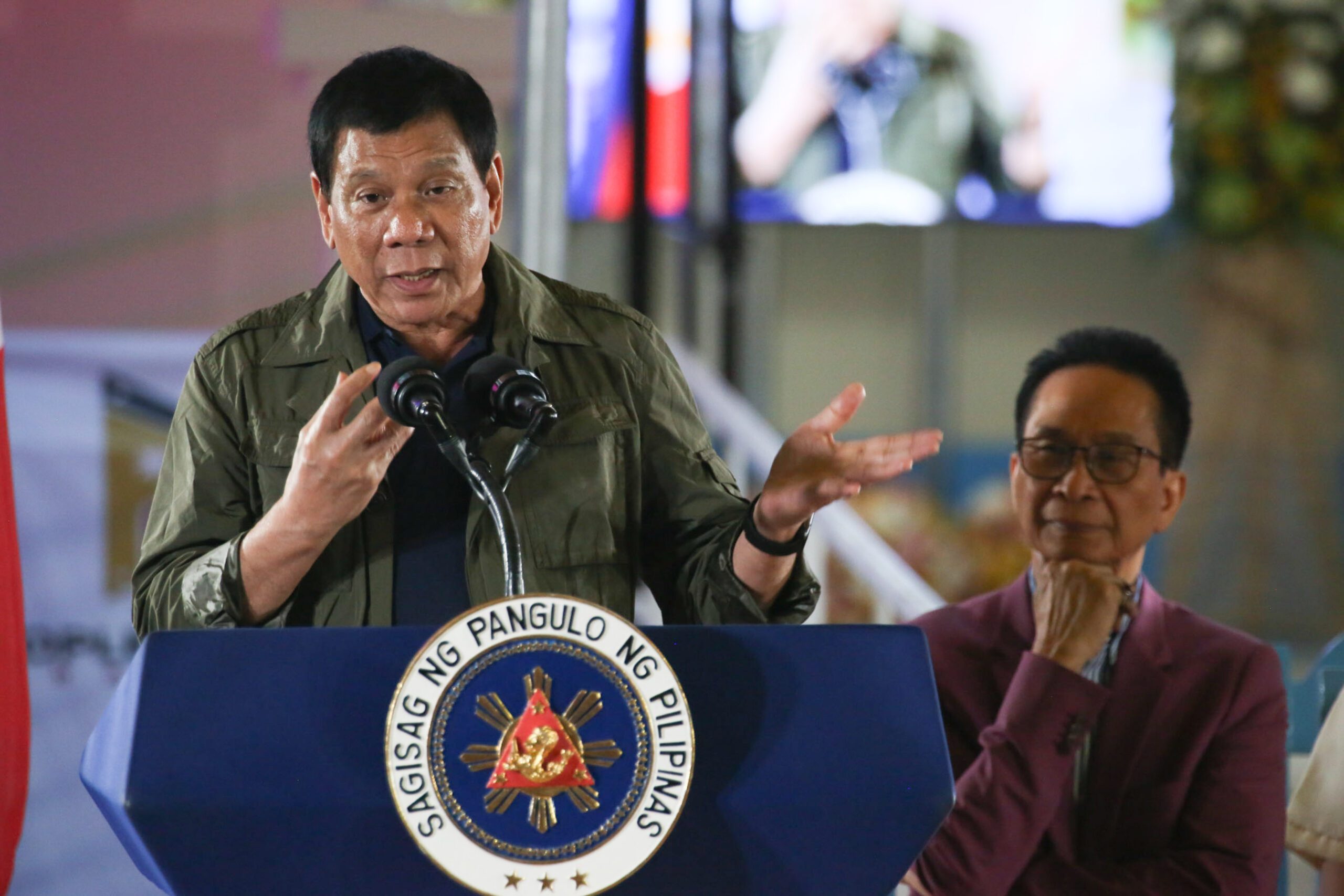 MANILA, Philippines – Presidential Spokesperson Salvador Panelo justified President Rodrigo Duterte’s plan to create hit squads to kill communist rebels, saying they are lawful because they are intended for the defense of soldiers and civilians.

He even said civilians should be “relieved” because these hit squads would protect them.

Panelo had been responding to Commission on Human Rights Chairman Chito Gascon’s assertion that under international humanitarian law, governments are prohibited from maintaining death squads.

States can only have “regular armed forces under strict military discipline,” said Gascon on Wednesday, November 28.

Panelo countered this on Thursday, November 29.

“If you say death squad, the intention of it is just to kill, but not killing in self-defense, he is right. You are creating that precisely to prevent the killings of these people, the civilians. His view is too narrow,” the President’s spokesman said.

But Duterte’s description of his “death squads,” which he termed his own “sparrow units,” involves assassination of targets.

In creating such hit squads, Duterte said he would “match their (New People’s Army rebels) talent for assassinating people.”

Asked if the death squads’ targets would be given due process before they are assassinated, Panelo said the targets are too dangerous.

“We have a situation here where there is a group of men who will kill with impunity. What do you want the state to do, just sit idle and watch? We cannot do that,” he said.

Asked if this means Duterte already has solid intelligence reports that such targets will carry out their own assassinations, Panelo appeared uncertain.

“I suppose. The President will never undertake any measure without basis. He has all the resources in the world to back it up,” said the spokesman.

Panelo was also grilled on how the government could prevent the death squads from being abused by soldiers who would use them as a means to kill their personal enemies or critics of the administration.

The death squads might also encourage a culture of impunity where civilians might take the law into their own hands and use hit squads to take out their enemies.

Panelo shrugged off these concerns, saying that civilians would likely be “relieved” that these death squads would exist to protect them.

“We should be relieved that we have a President who is doing everything in his power to stop all acts of criminality, all acts of terrorism against civilians,” he said.

Later on, he said: “People will be relieved that there is such if this idea becomes a reality. ‘May mga nagbabantay pala ng may gustong pumatay sa amin.’ Kung ako ‘yung civilian, matutuwa ako (‘Someone is keeping an eye on those who want to kill us.’ If I were a civilian, I’d be happy).”

Yet in the same press conference, Panelo downplayed the planned “death squads,” saying it is just an idea at this stage.

“First, I think the President was just bringing an idea, and if that idea becomes a reality, as Secretary of Defense Delfin Lorenzana said, the Army will be in charge of that,” said Panelo.

Lorenzana had told Rappler on Wednesday that the Philippine Army’s division commanders would be in charge of the death squads, to be formally called Anti-Sparrow Units, and that Duterte’s proposal would be implemented “as soon as possible.”

Panelo also confirmed what sounded like a proposal from the President to use NPA surrenderers to identify current NPA members for the death squads to target.

“There is also the idea that perhaps if you organize that, composed of men in uniform, then you need those who surrendered coming from the NPAs to join so that these people know who the members of the sparrow units are so they can easily point,” said Panelo.

But won’t this suggestion endanger the lives of NPA surrenderers and hamper their return to normal living and mainstream society?

Panelo said their lives had been in danger from the moment they surrendered anyway.

“Their lives were already at risk when they surrendered. They were the first targets of the sparrow units,” he said in Filipino.

Duterte and the military had launched a nationwide campaign to woo NPA rebels to turn themselves in and hand their firearms to the government.

The President had even promised to help pay for their children’s tuition and to provide them housing. – Rappler.com