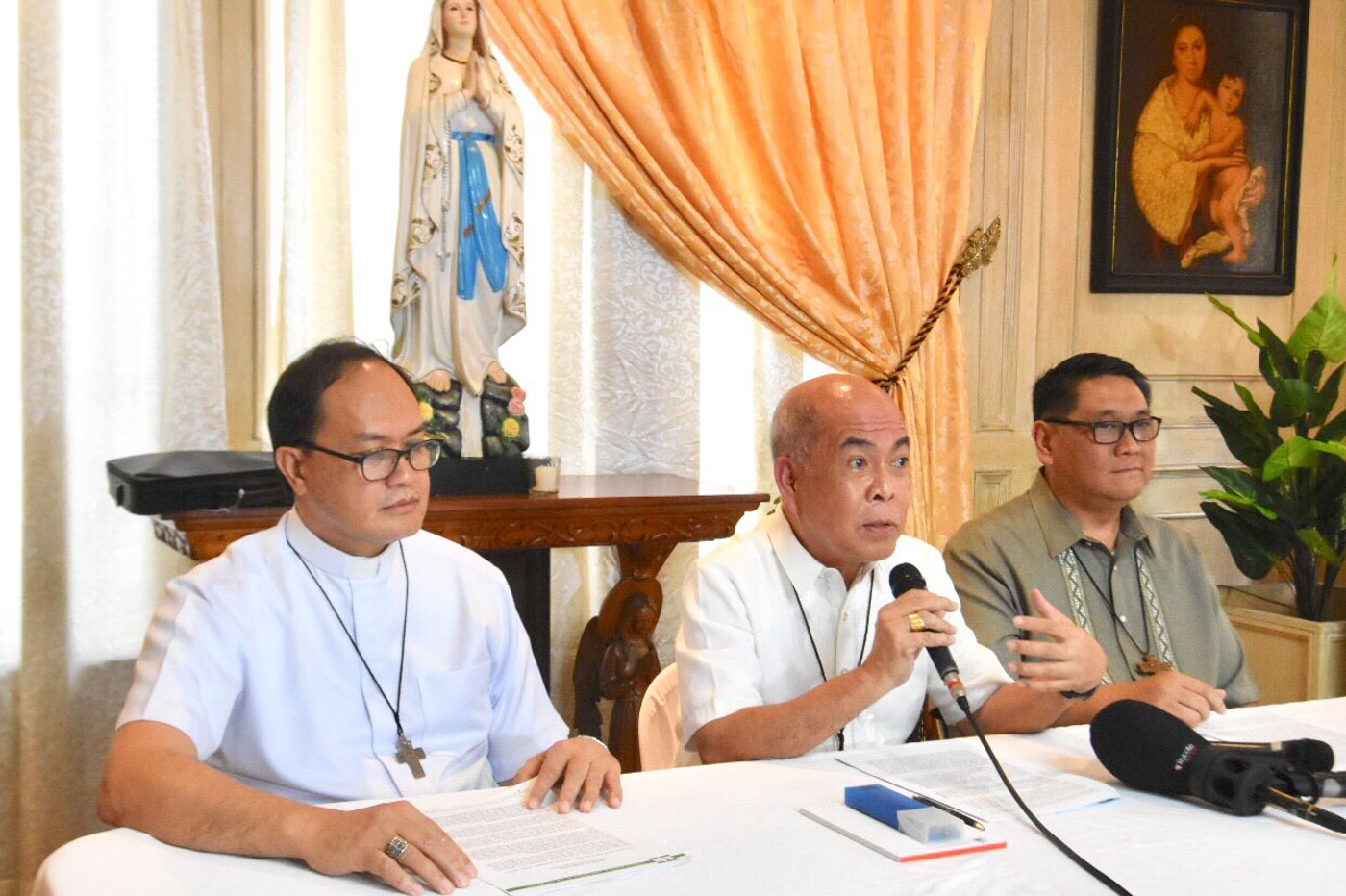 MANILA, Philippines – Led by the archbishop of President Rodrigo Duterte’s hometown of Davao, the Catholic Bishops’ Conference of the Philippines (CBCP) defended one of its own, Caloocan Bishop Pablo Virgilio David, against recent tirades by the Chief Executive.

Davao Archbishop Romulo Valles came to David’s defense through a circular signed on Wednesday, November 28 – the latest in the growing rift between Duterte and the Catholic Church, made more notable because it was Valles, Duterte’s friend, who released it. (READ: New CBCP head views self as Duterte’s ‘friend-sinner’)

An internationally-educated Bible scholar who hails from Pampanga, David is one of the most vocal critics of Duterte’s anti-drug campaign.

David is also the vice president of the CBCP. If the CBCP follows tradition, David is on his way to become the next CBCP president once Valles steps down – in 2019 if Valles completes only one term, or in 2021 if he is reelected for a second and last term. (READ: Caloocan Bishop Pablo David: Shepherd of his slaughtered sheep)

Defending his vice president, Valles said, “Many, including myself, are saddened and disturbed by the recent statements made against Bishop Pablo Virgilio David that allege that he committed actions that question his integrity. Bishop David has already answered clearly and equally all these allegations.”

“Very many of us bishops have come to know Bishop David as a very good bishop, a dedicated shepherd and father of the flock in the Diocese of Kalookan. He is very passionate in his ministry, bringing ‘mercy and compassion,’ especially to the poor and suffering among his people,” said Valles.

“Let us pray in a special way for Bishop David that the Lord grant him more strength, as well as calmness and peace in this difficult situation,” he added.

Most recently, he became the subject of Duterte’s tirades, with the President suggesting that the bishop is into illegal drugs.

Reacting to this, David told Duterte: “Thank God I am not even taking any maintenance drugs yet. I only take vitamins with fruit shake blended with malunggay in the morning. You might want to try it, Sir. It will do you a lot of good. God bless you.”

Before this, Duterte accused David of stealing church funds, to which David replied, “My parents never taught me to steal.” The bishop also said of Duterte: “I think he has confused me for someone else. You see, people who are sick sometimes do not know what they are talking about, so we should just bear with them.”

David earlier called Duterte a “very sick man” after the Philippine leader on All Saints’ Day, November 1, mocked Catholic saints as fools and drunkards. “I think it should be obvious to people by now that our country is being led by a very sick man. We pray for him. We pray for our country,” David said. – Rappler.com