Judge Soriano: Afford everyone rule of law, if only for our own safety 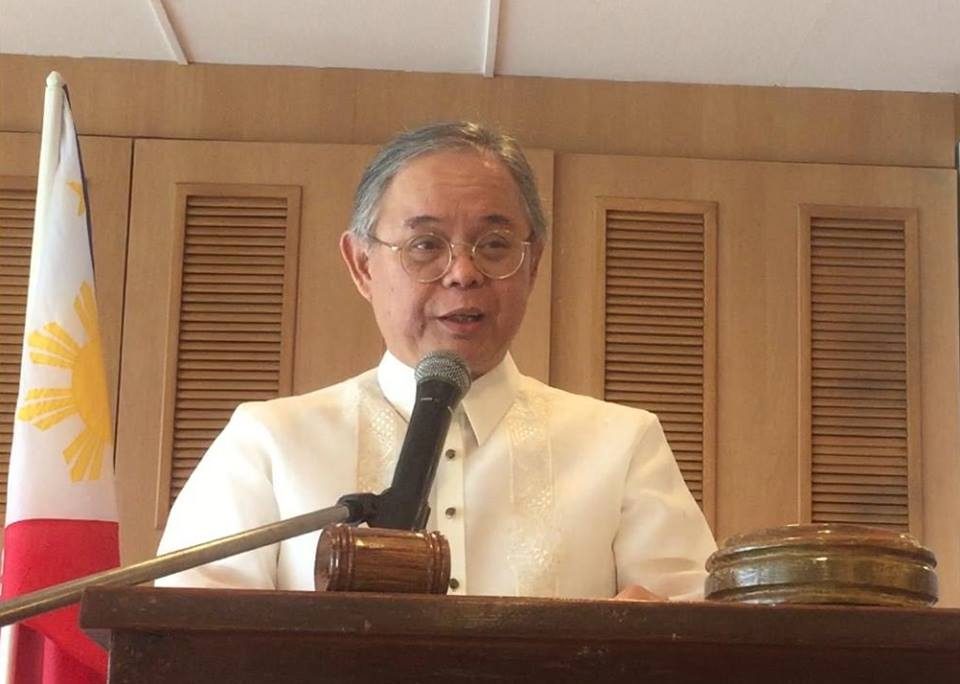 MANILA, Philippines – “I am not really sure why I am here,” said the meek, bespestacled, and grey-haired Andres Soriano, presiding judge of the Makati Regional Trial Court (RTC) Branch 148.

But of course he knew why he was there. Only a week earlier, he stood firm on his order that contradicted the proclamation of President Rodrigo Duterte and flatly refused his administration’s request to jail opposition senator Antonio Trillanes IV.

“I suspected that this association is just being naughty and coy. You just really want to ask me questions about that order,” Soriano said, eliciting a few laughs from the small group of lawyers who came to listen to him on Wednesday, November 28, during a luncheon of the Philippine Bar Association (PBA).

Soriano, the philosophy major from Ateneo, said his family has come to accept that he has two mistresses – “work and solitude.”

“Being before a crowd or a gathering of people and engaging in this kind of environment is a discomforting experience for me as it removes me from my second mistress, which is solitude,” the 62-year-old Soriano said.

Soriano said it was unnerving to have been under intense spotlight from September to October as he decided the sensational Trillanes case – an issue of whether a previously dismissed case should be reopened supposedly because the amnesty was never technically valid due to a missing application form.

It was obvious to Soriano, first and foremost, that one cannot reopen a case that has already been closed, pursuant to the doctrine of immutability of a final and executory judgment.

Soriano talked about how we have broadly understood and stable set of laws, and a judge needs only to “know by heart his legal principles.”

“When a judge displays an utter unfamiliarity with the law and the rules, he erodes the confidence of the public in the courts. Ignorance of the law by a judge can easily be the mainspring of injustice,” Soriano said.

His next-door neighbor at the Makati Hall of Justice, Judge Elmo Alameda, did the opposite, reopening charges against Trillanes and ordering the senator’s arrest, therefore creating a glaring clash in standards at the lower court. This ultimately has to be answered by the Supreme Court.

“I am speaking as a judge but only in my personal capacity as I do not have authority to speak for the judiciary as an institution,” said the unassuming Soriano, but he said the courts are “bound to apply the word of the law when the same is clear and unambiguous.”

Legal groups have slammed the Duterte administration for reinventing laws, first ousting a Chief Justice through a mode other than impeachment, and doing other unprecedented things like unilaterally withdrawing from the International Criminal Court, and testing the bounds of Constitutition with policies such as the recent order to create a death squad for communist rebels.

The debate between judicial restraint and judicial activism is increasingly becoming pronounced in the light of controversial legal decisions in the country.

Judicial restraint is a philosophy wherein the judge extends a certain deference to the executive branch of government, trusting it to fulfil the job entrusted to them by the electorate. In simple terms, it’s when the courts step aside to let the elected officials do their jobs.

Newly-appointed Chief Justice Lucas Bersamin has said he is for judicial restraint, even saying the courts “cannot be the judge” when people on the ground decide there is a necessity for death squads.

While judicial restraint is valid and widely recognized, Soriano said “the premise here of course is that judges are competent in the discharge of their duties.”

If they’re not, what happens?

Soriano quoted from the Robert Bolt play “A Man for All Seasons,” whose story is a popular metaphor for lawyers.

The story goes like this: there is a devil hiding beneath the trees of a forest. You want to hunt him down. Do you cut down all the trees?

“And when the last law was down, and the Devil turned ’round on you, where would you hide, Roper, the laws all being flat?” Soriano said, quoting the story.

After he issued the decision against Duterte, a college classmate shared an anecdote of a younger Soriano in Ateneo meditating while facing Katipunan of the 80s. The classmate shared that when asked why he does it, Soriano supposedly said “one day, they will all see.”

The day has probably come for them to see, even though Soriano would just want to fade in the proverbial forest, where the laws are towering and sturdy.

“My friends, we afford to each man the rule of law,” Soriano said, “if only for our own safety.” – Rappler.com