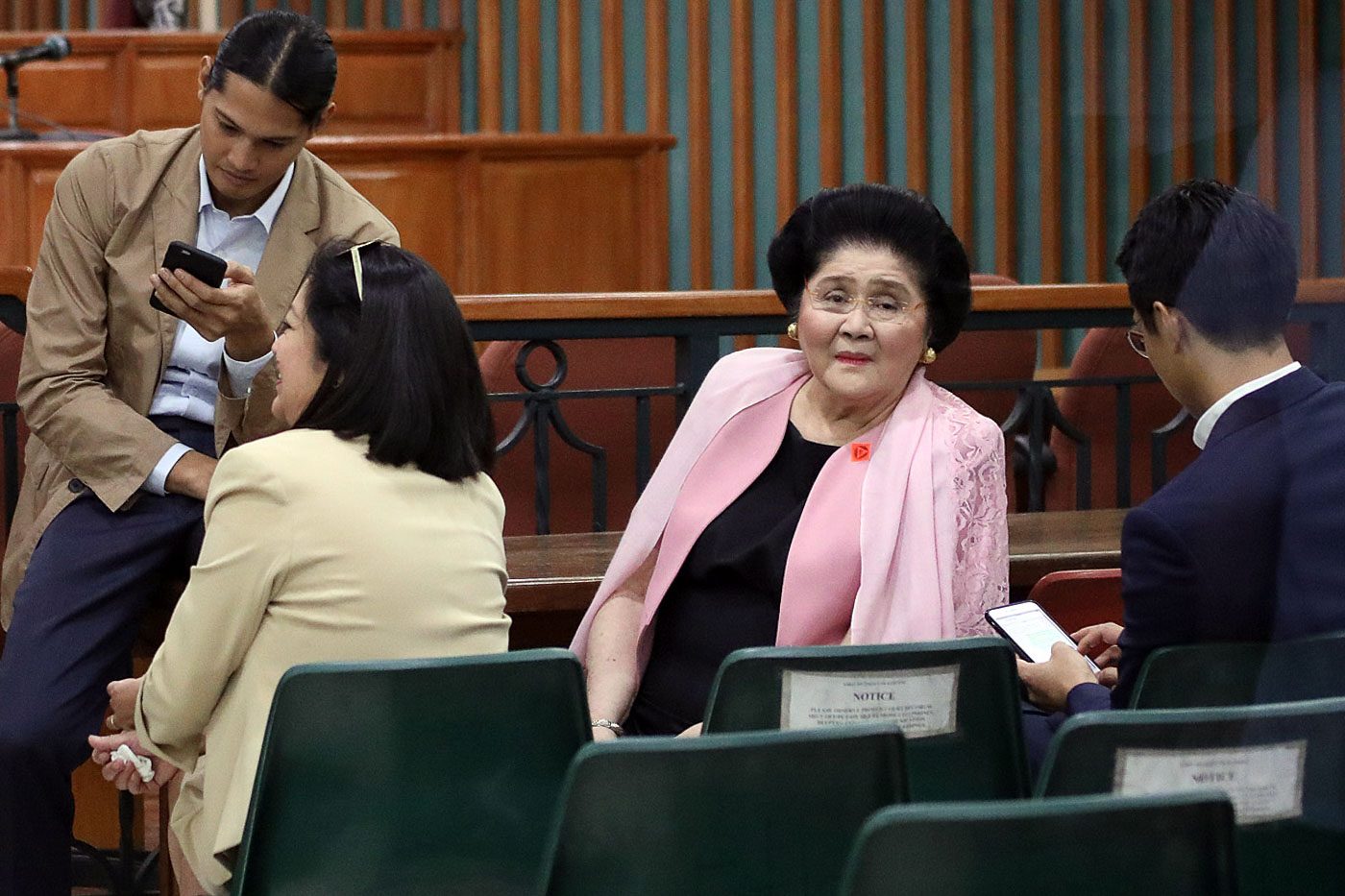 “Taking into account primarily the fact that she is of advanced age and for health reasons, consistent with the doctrine in Enrile vs Sandiganbayan, bail is allowed for these 7 cases,” said the Sandiganbayan 5th Division in its order dated November 28.

The 89-year-old Marcos, widow of the late dictator Ferdinand Marcos, was convicted of 7 counts of graft for illegally creating and maintaining Swiss foundations for the “private benefit” of the former first family.

The doctrine being referred to by the Sandiganbayan is the landmark Supreme Court decision in 2015 that granted bail to 94-year-old former senator Juan Ponce Enrile in his plunder case based on humanitarian grounds. It received strong oppositions from within the Court, with dissenter Associate Justice Marvic Leonen saying it was “special accommodation” that “amounts to selective justice.”

The ponente of that decision is now-Chief Justice Lucas Bersamin, who has reported ties to Enrile’s lawyer Estelito Mendoza. Mendoza is a Marcos-time solicitor general who has recently been lawyering for the late dictator’s children, Ferdinand “Bongbong” Marcos Jr and Imee Marcos.

Former first lady Marcos earlier told the court she is suffering from 7 ailments.

The Sandiganbayan cited Section 5, Rule 114, as its basis for granting Marcos bail post-conviction. The provision states that bail shall be denied upon conviction if the person falls within the following descriptions:

“None of the afore-enumerated circumstances is effectively shown to prohibit Ms Marcos’ availing of post-conviction bail,” the court said.

Section 6, Rule 120, of the Rules of Court states that if the absence of the person during the issuance of the verdict was not justified, he or she would lose post-conviction remedies like bail. In the case of Marcos, although she cited two conflicting reasons for her absence, the court took into account her presence in the succeeding hearing where she told the court she would have attended if she only knew the schedule.

“Such statements invite leniency on the part of the Court, considering that in the process, Ms Marcos surrendered and placed herself within the reach and arm of the law,” the court said.

Marcos was ordered to pay an additional P300,000 bail, or double the regular amount of P150,000. This is separate from the P150,000 that she posted on November 16 as the bond that the court required her to pay while waiting for the final decision.

Marcos’ lawyer Khristopher Sy went to the Sandiganbayan on Monday morning, December 3, to inquire about the process. According to the anti-graft court’s 5th Division, Marcos will no longer be required to personally appear when she posts the new bond.

Marcos has 15 days from November 28 to post the additional bail, and to file other remedial pleadings. She has already expressed her intent to skip the appeal process at the Sandiganbayan and go directly to the Supreme Court. – Rappler.com