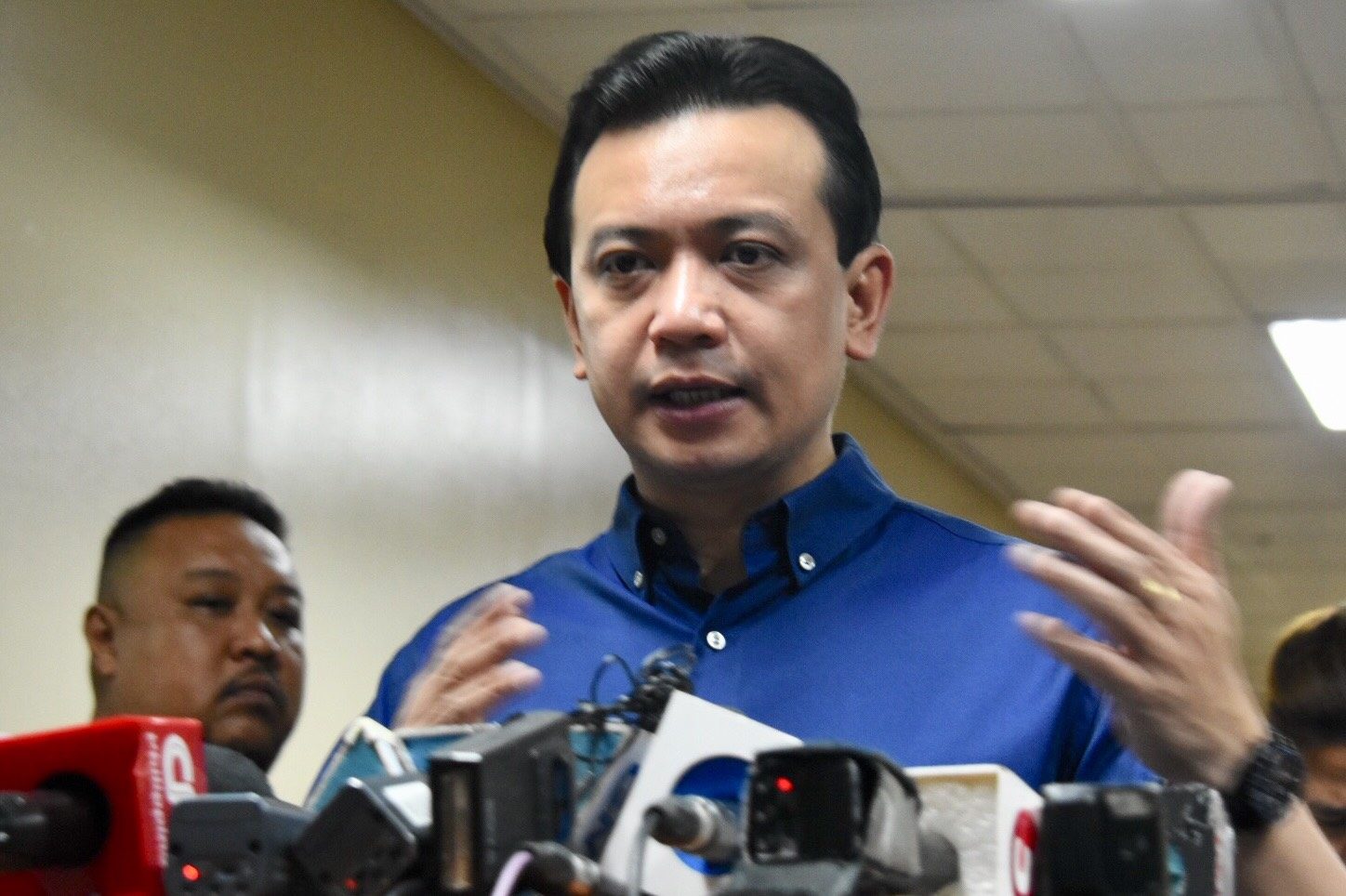 MANILA, Philippines – Opposition Senator Antonio Trillanes IV on Friday, December 7, slammed what he called “topsy-turvy” justice under the Duterte administration, after a Davao City court issued a warrant for his arrest stemming from a libel complaint filed by presidential son Paolo Duterte in his hometown.

(Justice is topsy-turvy under the Duterte government. Plunderers have been set free. Cases are made up against critics just so they can be jailed.)

“Regardless, I will face this,” Trillanes added.

Upon learning that he again faced arrest, the senator said he planned to coordinate with National Capital Region Police Office chief Director Guillermo Eleazar “once the warrant is available, so that I could turn myself in voluntarily.”

He said he decided to just post bail on Monday, December 11, after learning of a Department of Justice circular, and what the Constitution says about arrests of lawmakers while Congress is in session.

“I was informed by my lawyers that the service of warrants of arrests for minor cases like libel on Fridays, weekends, and holidays is prohibited per existing DOJ circular and that under Article VI, Section 11 of the Constitution, as a member of Congress, I am privileged from being arrested in cases punishable by less than 6 years imprisonment while Congress is in session,” Trillanes said.

“So, instead of turning myself in, which is apparently not possible under the circumstances, I will just post bail before the appropriate court on Monday,” he added.

In September, Trillanes became the second opposition senator to be arrested under the Duterte presidency a presidential proclamation sought to void his amnesty. A Makati court issued an arrest warrant against him for the charge of rebellion, but he gained temporary liberty after posting a P200,000-bail .