ALBAY, Philippines – A towering and shining 60-foot Christmas tree made of bamboo is the centerpiece of the Yuletide theme of the Bambusetum plantation which was opened at the Kawakawa Natural Park in Barangay Tubaran, Ligao City.

Some 108,400 bulbs of different colors illuminated the tree made of bamboo as it it stood beside a life-sized Belen.

Bamboo lamps and lanterns were also all over the Christmas village. Alex Batoon, the designer of Bamboo Christmas village,  said that construction of the bamboo village took two months.  Aside from the Christmas tree, lanterns, and lamps, there is also a hanging bridge and other decorations.

Gonzalez said, the nightly fireworks atop the Kawakawa hills could be seen from nearby towns Oas, Polangui, Libon and parts of Guinobatan.

Aside from the Bambosetum, Ligao City also boasts of another grand Christmas display, with the Disney-themed Ligao City Park.

The Bambusetum plantation at Kawakawa Hill houses at least 15 species of bamboo. Gonzalez, however, said they were adding more in a bid to complete the collection of all  30 species of bamboo in the area. 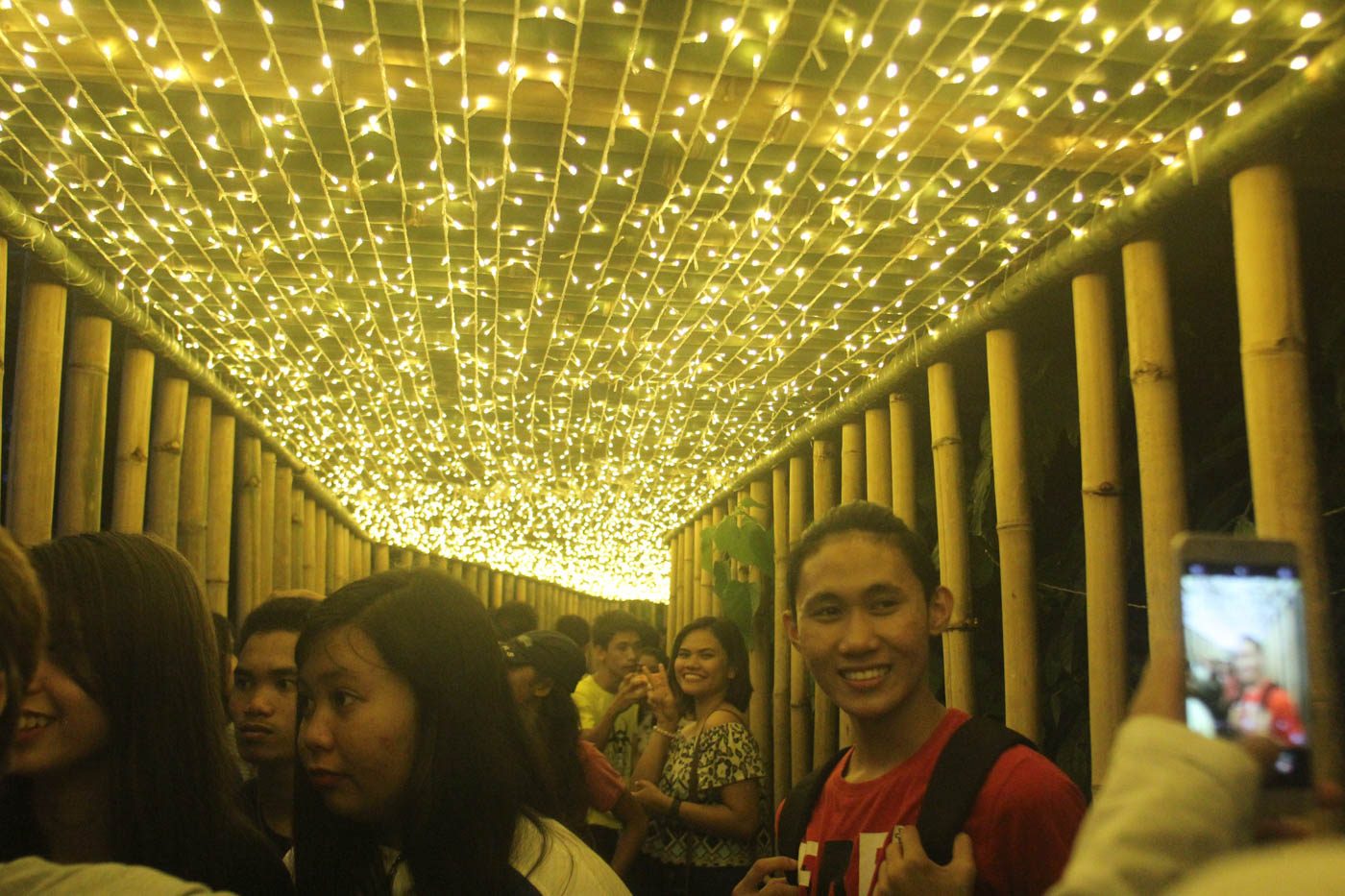 He said that his office and the city government partnered with the Land Management Agroforestry and Upland Farming Technology Research Center (LAUFTeRC) to complete the collection species of bamboo here.

Under the Department of Environment and Natural Resources (DENR), the LAUFTeRC office established the City Bambusetum and “Kawayang Tinik” plantation on October 9, 2014 here in partnership with the local government.

Mayor Alsua said the bamboo, considered by scientist as a “miracle plant,” is a natural deterrent against the ill effects of climate change.