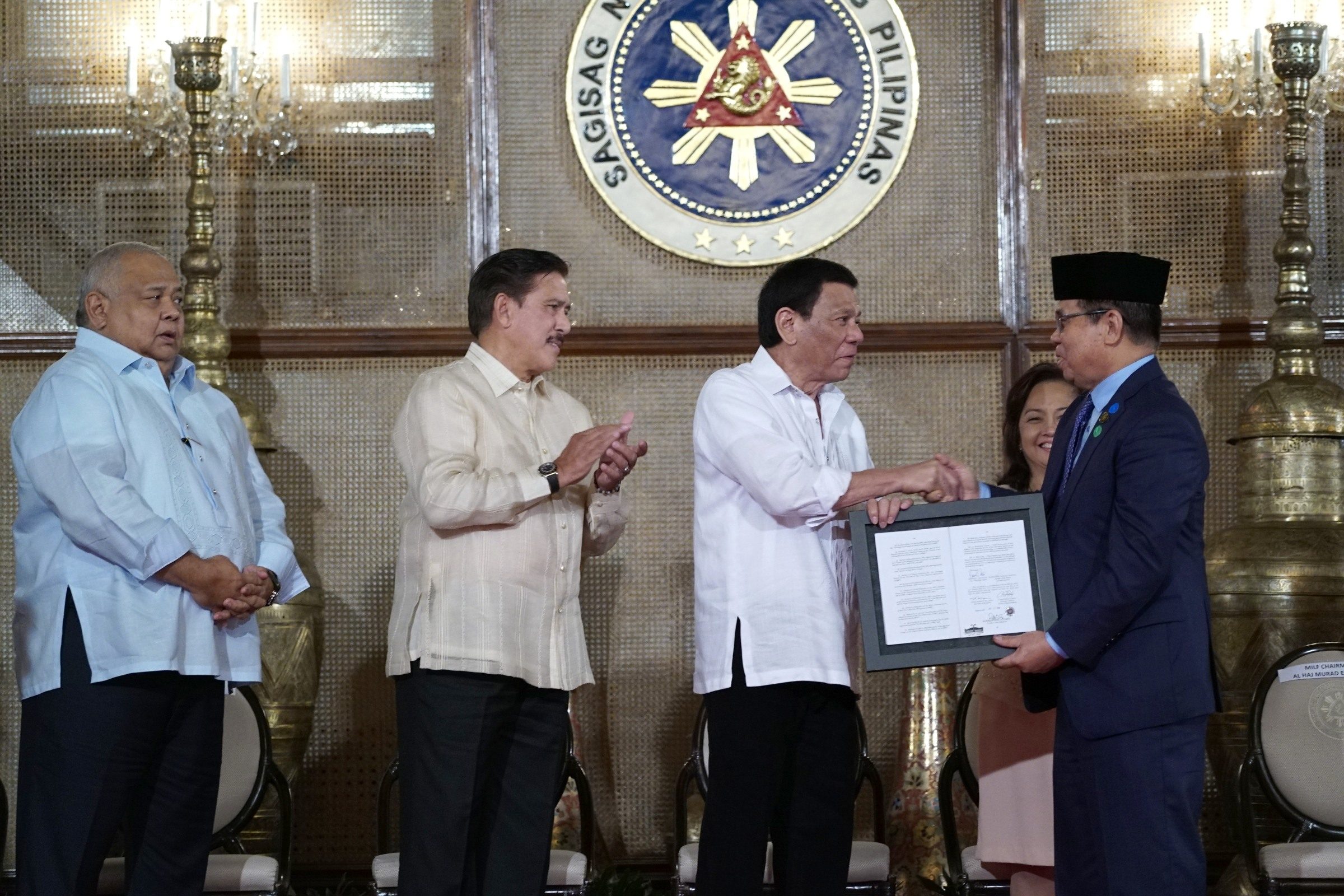 Facebook Twitter Copy URL
Copied
In a 34-page petition, the Philippine Constitution Association also asks the High Court to issue a temporary restraining order on the implementation of the law

Philconsa also sought a TRO to stop Malacañang from implementing Executive Order No. 120 that formed the Bangsamoro Transition Commission, for “creating public offices only Congress has the mandate to create.”

Philconsa also argued that unless a TRO is issued “unlawful disbursements or uses of public funds pursuant to the illegal/unconstitutional RA 11054 will escalate into continuing violations, if not a flaunting disregard or defiance, of the Constitution, and the laws further prejudicing public interest and welfare.”

The Philconsa petition is the latest  legal challenge to the BOL. In October 30, Sulu Governor Abdusakur Tan II filed the first petition against the landmark law.

Malacañang said on Tuesday, December 18, that it would defer to the SC on legal questions raised against the administration measure.