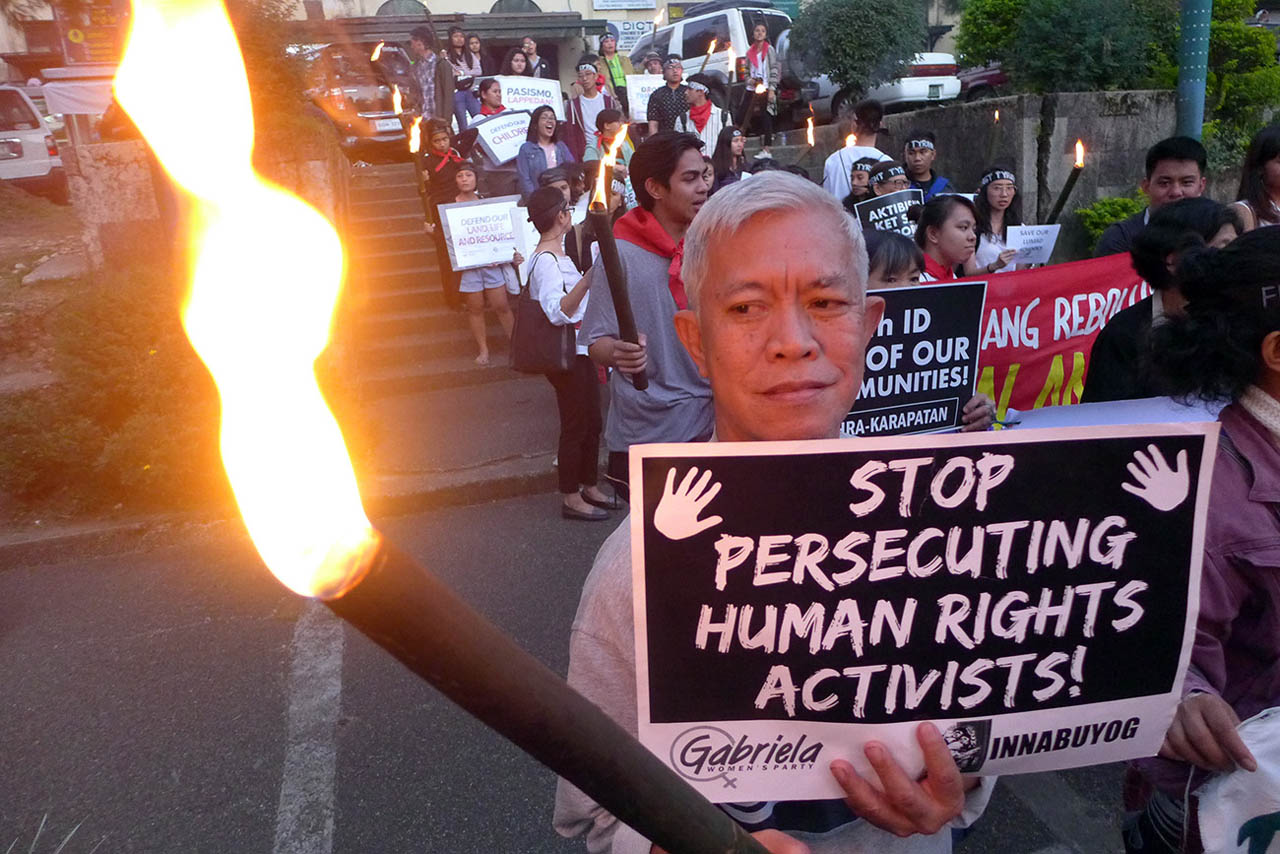 MANILA, Philippines – A United Nations (UN) expert on Tuesday, December 18, urged the Philippine government to stop the “public stigmatization” of human rights defenders and immediately address the worrisome rise of violence against them.

In a recently published world report, UN Special Rapporteur Michel Forst highlighted that “the stigmatization, defamation, judicial harassment, arbitrary arrest, and criminalization of defenders is a key area of concern” in the Philippines.

“The rapporteur urges the government to cease immediately the public stigmatization of human rights defenders, which can incite perpetrators to act against them, and instead to publicly recognize the legitimacy and importance of their work,” the report said.

To address the rising trend of violence against defenders, Forst urged the government to:

Human rights organizations in the Philippines have earned the ire of President Rodrigo Duterte amid consistent criticism of his violent anti-illegal drugs campaign. The President, in the past, openly threatened defenders, even linking them to drug lords. (READ: Powering through a crisis: Defending human rights under Duterte)

A recent UN report cited the Philippines as among the countries whose government place human rights defenders and activists under “an alarming and shameful level of harsh reprisals and intimidation.”

These threats result in real life actions, according to various groups, as many human rights advocates have been subjected to on-ground harassment, cases, and even killed in line with their work.

Karapatan, a human rights group, has recorded 84 killings of human rights defenders under the Duterte administration since July 2016.

Groups have also labelled the Duterte administration as the regime that “demonized” human rights advocacy. – Rappler.com