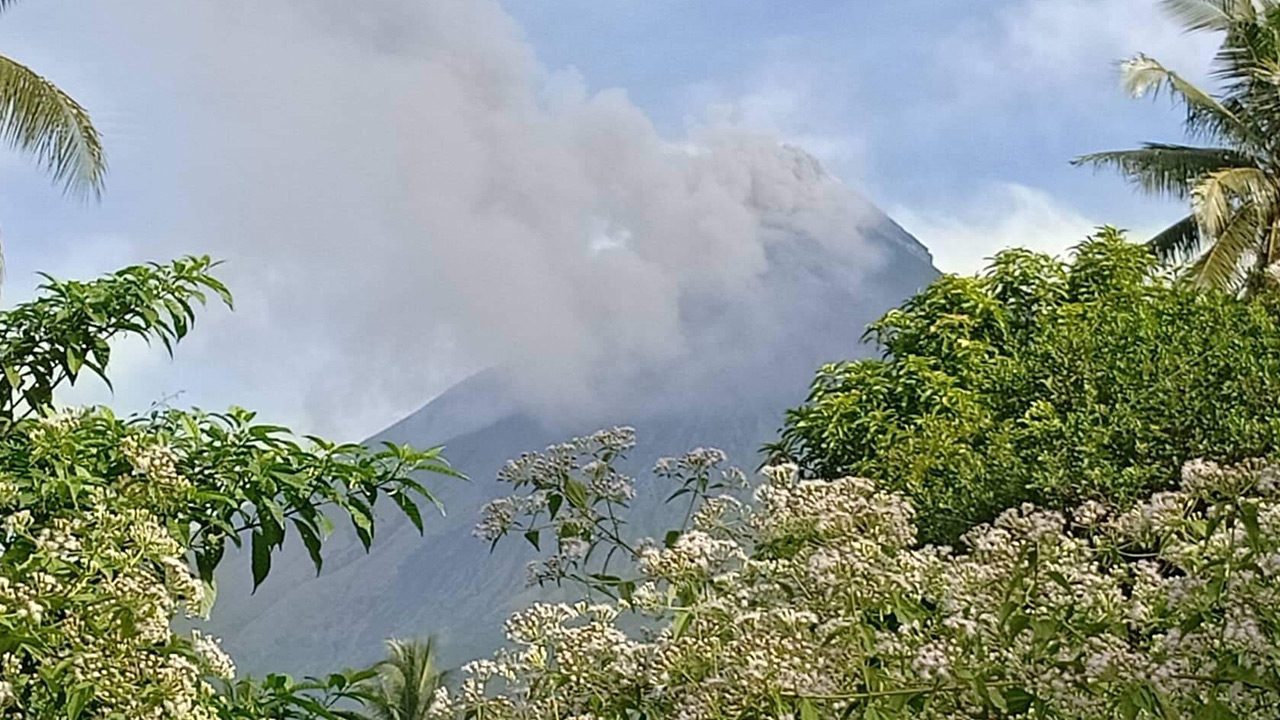 MANILA, Philippines – Mayon Volcano on Thursday, December 27, spewed ash as it remained at a moderate level of unrest.

In an 8 am advisory on Thursday, the Philippine Institute of Volcanology and Seismology (Phivolcs) said that the volcano emitted white steam-laden plumes that drifted southwest and west-southwest after.

Phivolcs chief Renato Solidum said that Mayon erupted twice, first at 8:17 am and 8:25 am.

Solidum added that the magma build up within the midsection of the volcano is “bulging” and the edifice inflation is “continuously significant” for the past few months.

Alert Level 2 is still raised over Mayon Volcano, which means it is at a moderate level of unrest. Phivolcs said that a fair crater glow from the summit could be observed at night.

Phivolcs warned that sudden explosions, lava collapses, and pyroclastic density currents and ashfall can still occur and threaten areas in the upper and middle slopes of the volcano.

In January, Mayon Volcano was placed under Alert Level 4 as it spewed giant columns of ash for a few weeks. – with a report from Rhaydz Barcia/Rappler.com