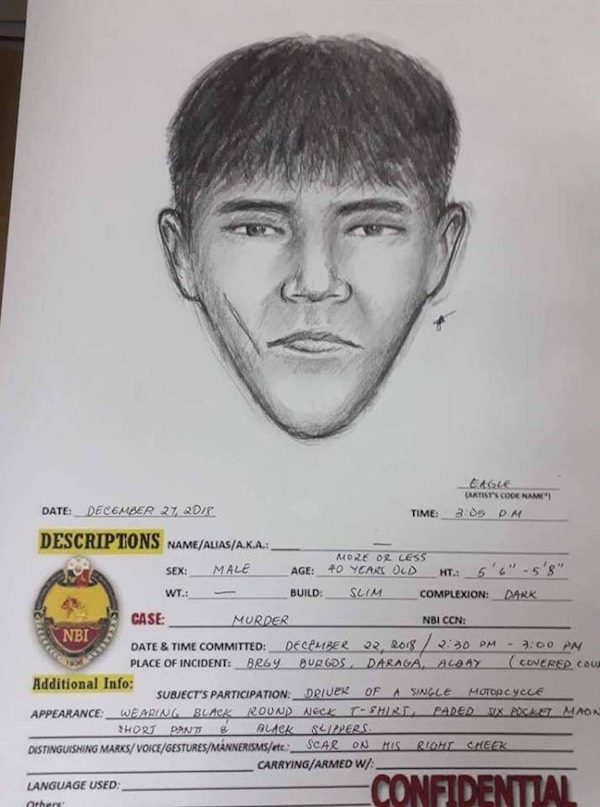 The PNP released the composite sketches two days after police announced they were investigating 6 persons of interest in the incident, all of whom remain unnamed. Batocabe’s wife and some lawmakers blamed politics for the killing of Batocabe, who was supposed to run against incumbent Mayor Carlwyn Baldo of Lakas-CMD and Victor Perete of PDP-Laban in the 2019 mayoral race in Daraga, Albay.

Lawmakers and the local government have already offered a multimillion-peso reward for information that would lead to the mastermind and suspects.

On Wednesday, December 26, President Rodrigo announced he would add P20million to the reward pot, bringing the total to P50 millon. – Rappler.com