Dec 29, 2018 7:52 PM PHT
Michael Bueza
Facebook Twitter Copy URL
Copied
The President's net satisfaction rating was up in Metro Manila, Visayas, and the balance of Luzon, but it went down by a few points in Mindanao 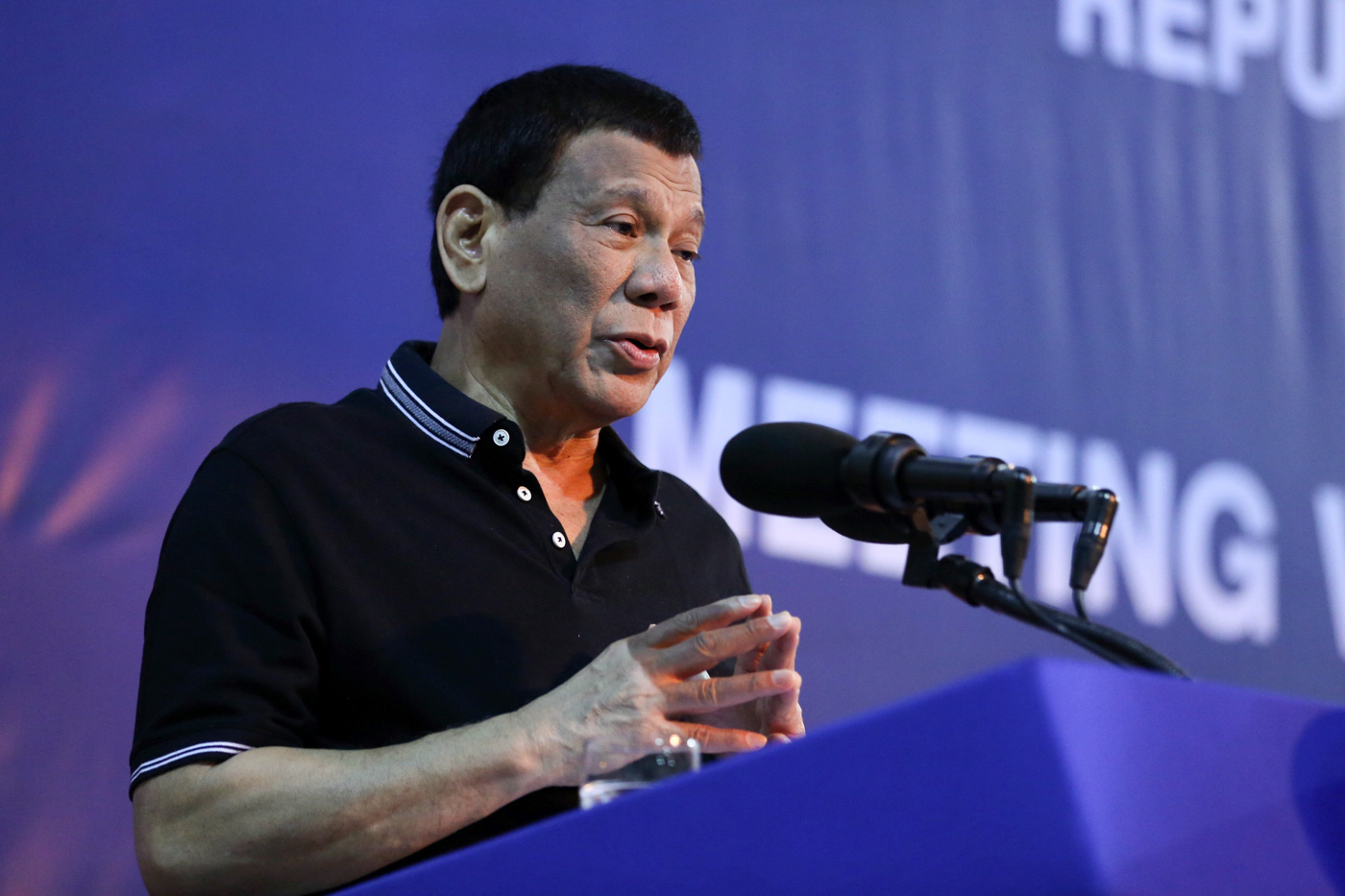 MANILA, Philippines – Filipinos’ satisfaction with the performance of President Rodrigo Duterte increased in the last quarter of 2018, based on a survey by Social Weather Stations (SWS) released on Friday, December 28.

In the SWS survey taken from December 16 to 19, 74% of Filipino adults said they were satisfied with Duterte’s performance, while 15% were dissatisfied, for a net satisfaction rating of +60, correctly rounded. This translates to a “very good” rating, said SWS. The remaining 11% were undecided.

Duterte’s net satisfaction rating rose by 6 points, from +54 – still within the “very good” range of the survey firm – in the 3rd quarter of 2018, when 70% said they were satisfied and 16% said they were not.

This also brings his annual average net satisfaction score for 2018 to +54, though it is lower by 5 points versus the +59 annual average he got in 2017, added SWS.

SWS explained that the President’s net rating was up by 22 points in Metro Manila, at +58 in the 4th quarter (75% satisfied, 16% dissatisfied, correctly rounded) from +36 last quarter.

He received the highest score among those aged 25-34, at +64, which was up by 5 points from September.

Finally, his net score increased and was “very good” in all educational levels, with the biggest boost among high school graduates: a 13-point hike to +62, from +49 in September. However, he was down by 3 points among elementary school graduates, to +56 from +59.

He scored highest among college graduates, getting a +65 net rating, an 11-point increase from the 3rd quarter.

SWS’s 4th quarter survey involved face-to-face interviews with 1,440 adults, 360 each per area. The margin of error was ±2.6% for national percentages, and ±5% each for Balance Luzon, Metro Manila, Visayas, and Mindanao. – Rappler.com