PH bans pork from 8 countries due to swine fever 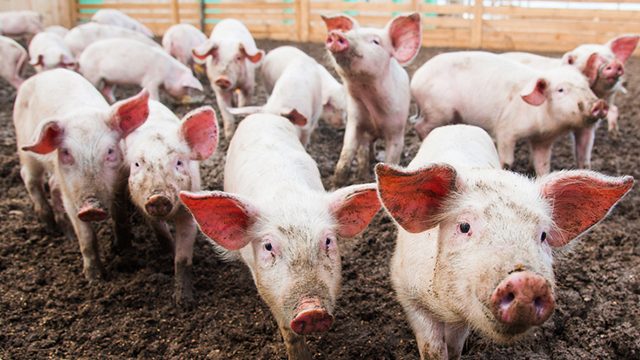 MANILA, Philippines – The Philippines has banned the entry of pork and pork-based products from 8 countries to prevent the spread of African swine fever in piggeries in the country, Agriculture Secretary Emmanuel Piñol announced.

Piñol said on Monday, December 31, that the Philippines will not allow the entry of pork from Belgium, China, Hungary, Latvia, Poland, Romania, Russia and Ukraine.

Confiscated pork and pork products from these countries will be destroyed within 24 hours after interception, Piñol said.

African swine fever (ASF) is not harmful to humans but causes deadly hemorrhagic fever in domesticated pigs and wild boar.

China confirmed in November 2018 that it recorded the first cases of African swine fever in Beijing. More than 1,700 pigs died in Southern Beijing due to the disease.

Piñol said that entry points around the country will step up its measures against this threat, which will include foot baths in entry points, including ports where cruise ships dock.

Foot baths with disinfectants are typically found at the entry of pig farms, to ensure that people do not enter with contaminated material on their shoes.

The ASF virus can survive for months in processed meat, and spreads due to factors like lack of hygiene.

Piñol said the Bureau of Customs was directed to conduct “rigid inspection for the checked-in and hand-carried luggages of all incoming passengers from ASF-affected countries.”

“I also would like to ask for understanding from our incoming passengers and returning Filipinos for the inconvenience that these measures might cause,” Piñol said.

While the ASF does not affect humans, Piñol cited experts who said that “future mutations could affect humans.”

“Please understand that the Philippines zealously guards its status as a hog disease-free country and that status if protected properly could benefit our farmers and the country as well,” said Piñol. – Rappler.com