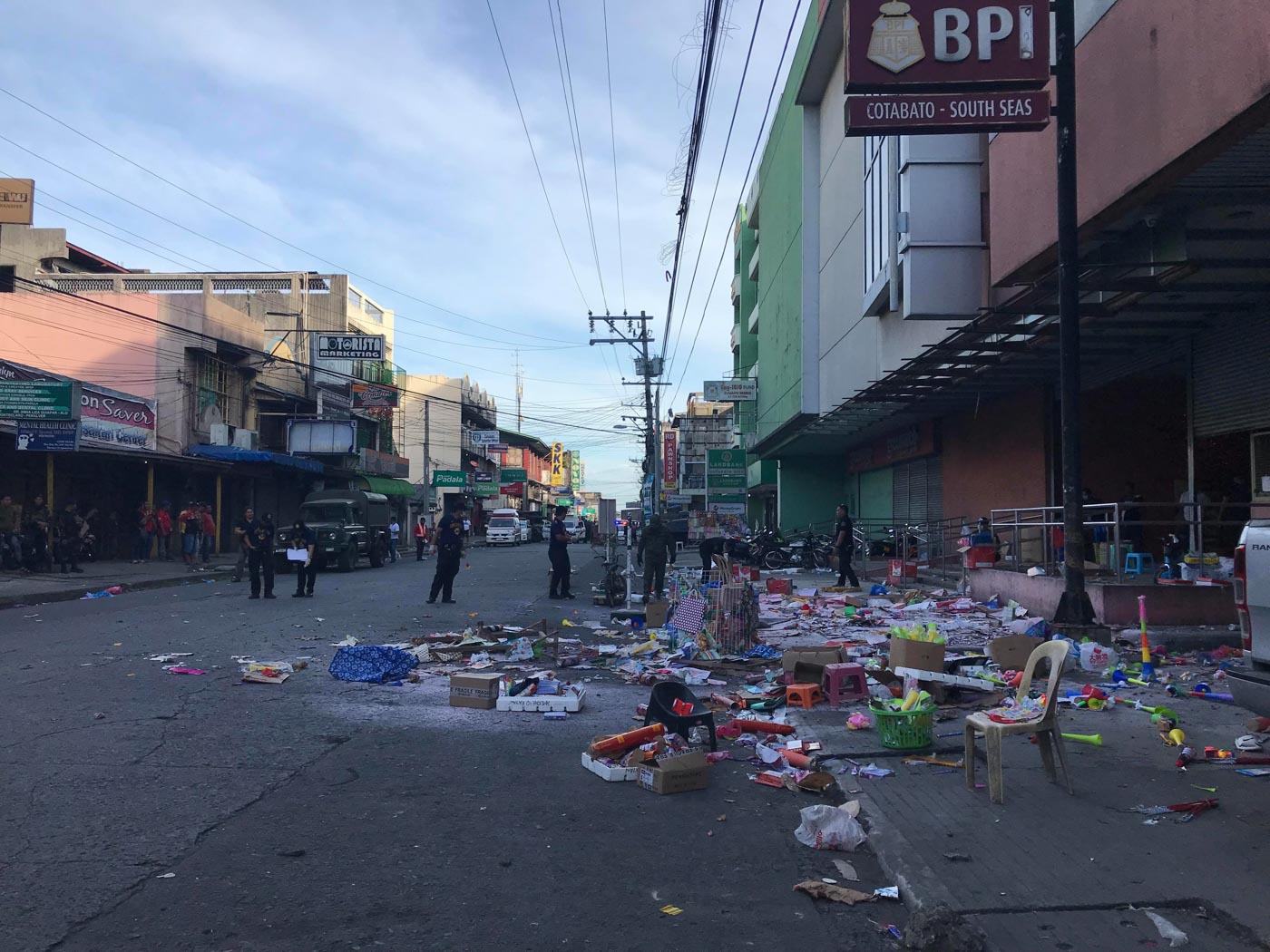 MANILA, Philippines – The Philippine National Police (PNP) said Tuesday, January 1, that it suspected a local terror group inspired by ISIS (Islamic State) had a hand in the New Year’s eve blast in Cotabato that killed 2 people, even as it revealed it prevented a second bomb from exploding that day.

“They were able to render safe another IED sa loob mismo ng South Mall sa Cotabato City at nakita naman natin the IED was actually designed to kill and maim a lot of individuals,” Durana said.

(They were able to render safe another IED inside the South Mall in Cotabato City and we saw that the IED was actually designed to kill and maim a lot of individuals.)

The first IED exploded 1:49 pm outside the South Seas Mall complex, killing two people and injuring 34 others, some of whom were children. 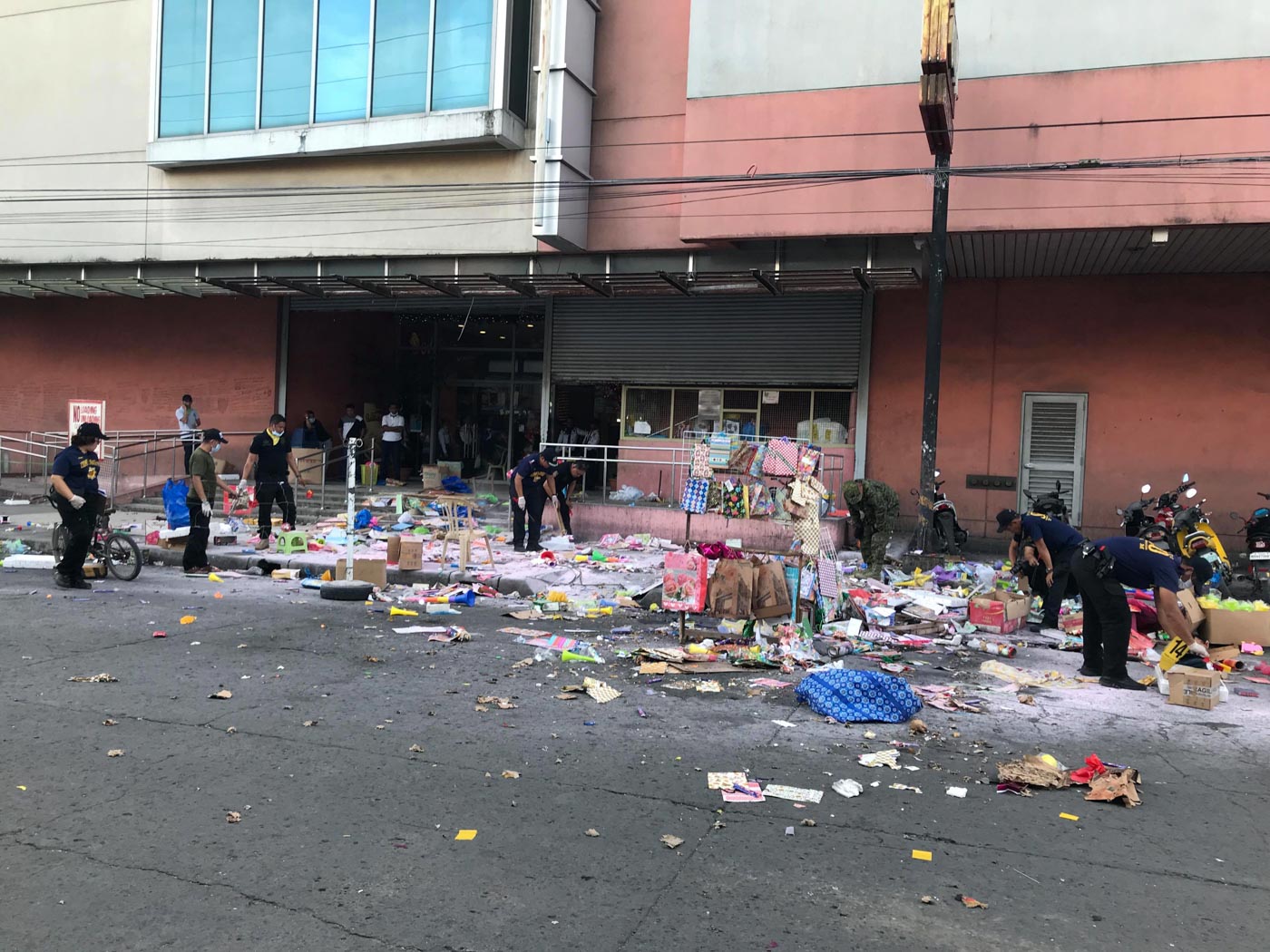 Durana added they are still looking at all possible angles aside from ISIS-inspired terrorism.

“Terrorism, extremism and terror attacks coming from these extremist groups, most of them are ISIS and Daesh inspired, Maute group, the local ISIS-inspired elements of the Bangsamoro Islamic Freedom Fighters (BIFF) etc,” Durana said.

“We are following a lot of leads para po matukoy natin yung mga (for us to identify the) perpetrators, the individuals so that we can arrest them as soon as possible and we can crack this case as soon as possible,” said Durana. – Rappler.com