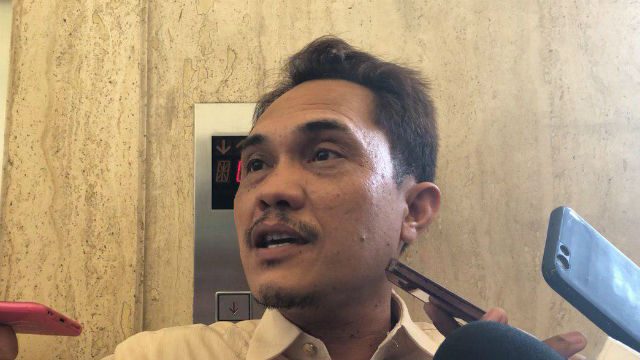 (She trusted Aremar, not necessarily because it has a connection to Diokno. As said earlier, we found out about the connection only through the honorable chairman’s privilege speech.)

The House committee on rules, chaired by Andaya, kicked off its probe into the alleged anomalies in the current 2018 and the proposed 2019 budget on Thursday.

Andaya previously accused Diokno of using his influence as a Cabinet official to bag projects in favor of the province where his in-laws are elected officials.

But Madrid said it is unfair to say that C.T. Leoncio bagged projects in Sorsogon just because of Diokno. He said the construction firm has been bidding for government projects since 2010.

(It’s unfair to jump into conclusions that the reason why CTL got projects is because of Diokno. That’s not necessarily true because CTL has been in Bocol for quote some time, even when Secretary Diokno was not in government yet.)

During the hearing, Leoncio herself said she was not aware about the technical details of the contracts entered into by her construction firm. She said her liaison officer Francisco Clemente had been coordinating with Aremar Construction.

Andaya presented proof during the hearing that Aremar is allegedly using 8 dummy construction firms to corner millions of contracts in Sorsogon alone.

Does Andaya believe Leoncio? The Majority Leader thinks Leoncio, who introduced herself to lawmakers as a 70-year-old person with disability, is telling the truth.

Andaya said Aremar is taking advantage of the license given to C.T. Leoncio, but its owner is still getting commission from the contracts.

(Well, first of all, we saw earlier that Mrs Leoncio is detached from the operations. She’s just the financier… We can see that her license is being used and she’s only getting commissions.)

Still, the Majority Leader said Leoncio will be held accountable for the alleged anomalies involving her company.

(Yes, she will be liable because she signed for it under oath. That’s why my recommendation to her is she talk to her liaison officer because she might end up biting more than she can chew without her realizing it.)

He is set to ask the Anti-Money Laundering Council to give the House panel access to the bank transactions of the two construction companies. – Rappler.com