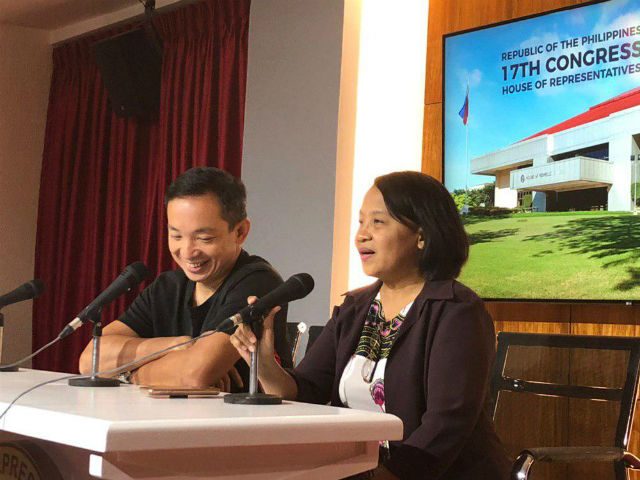 MANILA, Philippines – The Alliance of Concerned Teachers (ACT Teachers) party is considering the filing of charges against the Philippine National Police (PNP) and even the Department of the Interior and Local Government (DILG) for profiling its members.

ACT Teachers Representatives Antonio Tinio said they are exploring possible violations of data privacy laws and even election laws by police and “possibly” the DILG. They plan to file the case with the Office of the Ombudsman.

(ACT will be taking legal action. What’s clear here is that the basic rights, including the right to privacy, of teachers are being violated. We are preparing it already.)

A publicized intel memorandum of the Manila Police District (MPD) ordered cops to “conduct an inventory” of all educators who are members of ACT Teachers. (READ: Albayalde sacks cops who ‘leaked’ memo on ACT teachers)

But Tinio condemned this, arguing that the profiling of their members violates the teachers’ rights to privacy, freedom of expression, and free assembly. He also said the MPD memo indicates that the police intends to meddle with the May elections.

(It’s clear here that the intention is to scare and harass members of ACT and the police also wants to interfere in the upcoming elections. This seems part of the plan to stop the participation and victory of the ACT Teachers party-list in the polls.)

Following the backlash from teachers, the Department of Education already ordered its Manila schools division to recall a similar memo it issued that echoes the MPD’s order.

The police, however, continues to justify the order, saying the list will not be used illegally. Malacañang also said members of ACT Teachers are being monitored because of the group’s ties with the Communist Party of the Philippines.

‘Are we your enemies?’

(What is happening to ACT and our teachers is saddening…Teachers are the ones who have low wages, a heavy workload, and are being regarded by the government as heroes, and yet we are the ones experiencing harassment and intimidation? How do they view us, teachers, are we your enemies?)

(So our challenge to PNP Chief Director General Oscar Albayalde: Stop the lies…Order a stop to the surveillance of teachers and respect our rights.) – Rappler.com