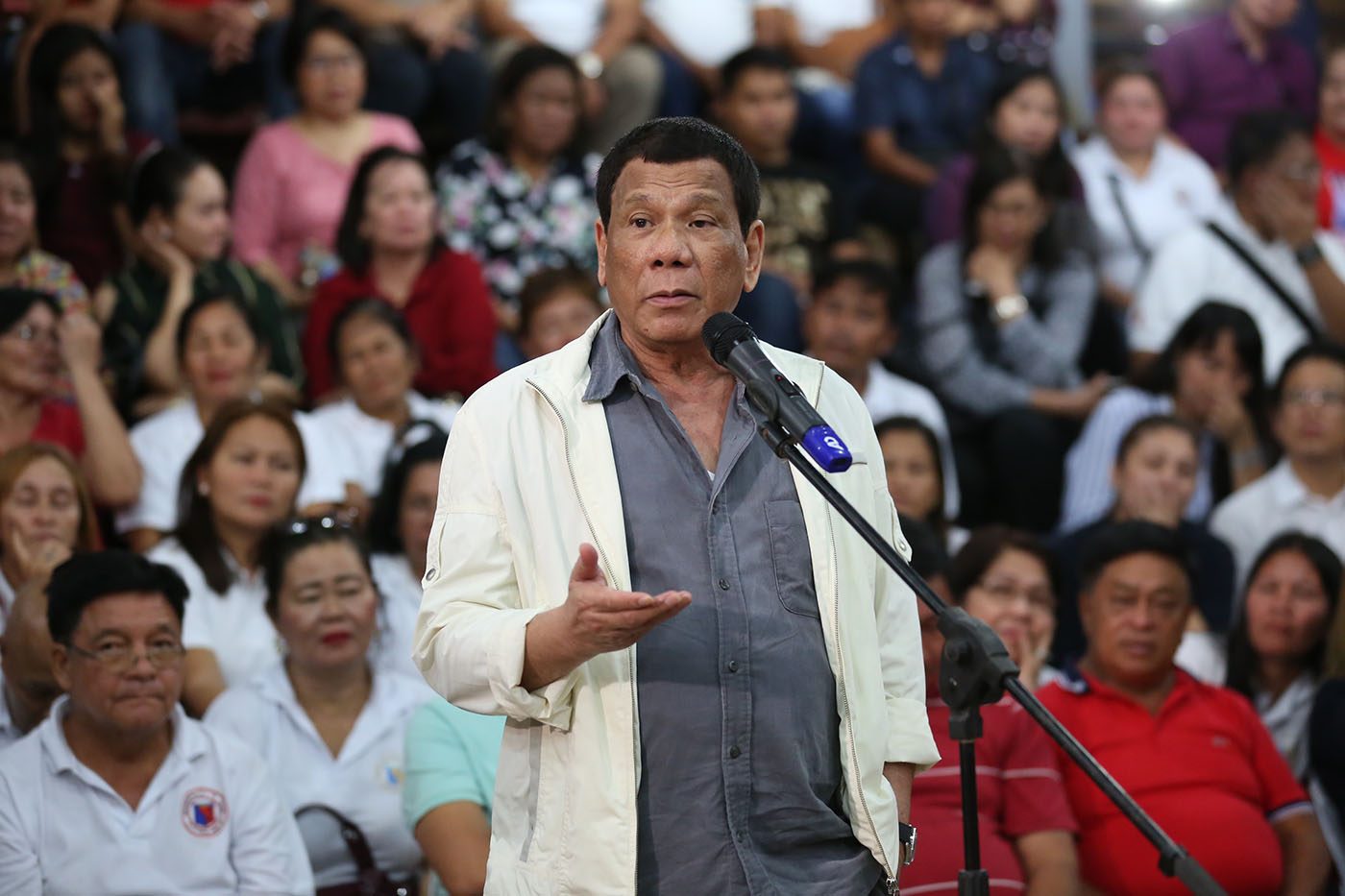 MANILA, Philippines – President Rodrigo Duterte is not done with his violent rhetoric against leaders of the Catholic Church.

In a speech, he said tambays or bystanders should not hesitate to steal from bishops and even kill them afterwards.

(So when I got there, I said, “Hey you bystanders, when the bishop passes by, stage a holdup because he has lots of money, that son of a bitch.”)

He was giving a speech at the birthday celebration of Masbate Governor Antonio Kho.

Duterte was ranting about religious leaders again as he recalled how a priest supposedly called him a demon and wished for his death during a homily.

(Then when I die, they said, in a holy Mass, sacrament of Mass, they prayed I would die. I said, “Kill all those bishops there. They are useless.”)

Despite his callout to tambays, Duterte himself had ordered police to round up bystanders, thinking they encourage criminality.

Just last December, the President had said bishops should be killed because “all they do is criticize.”