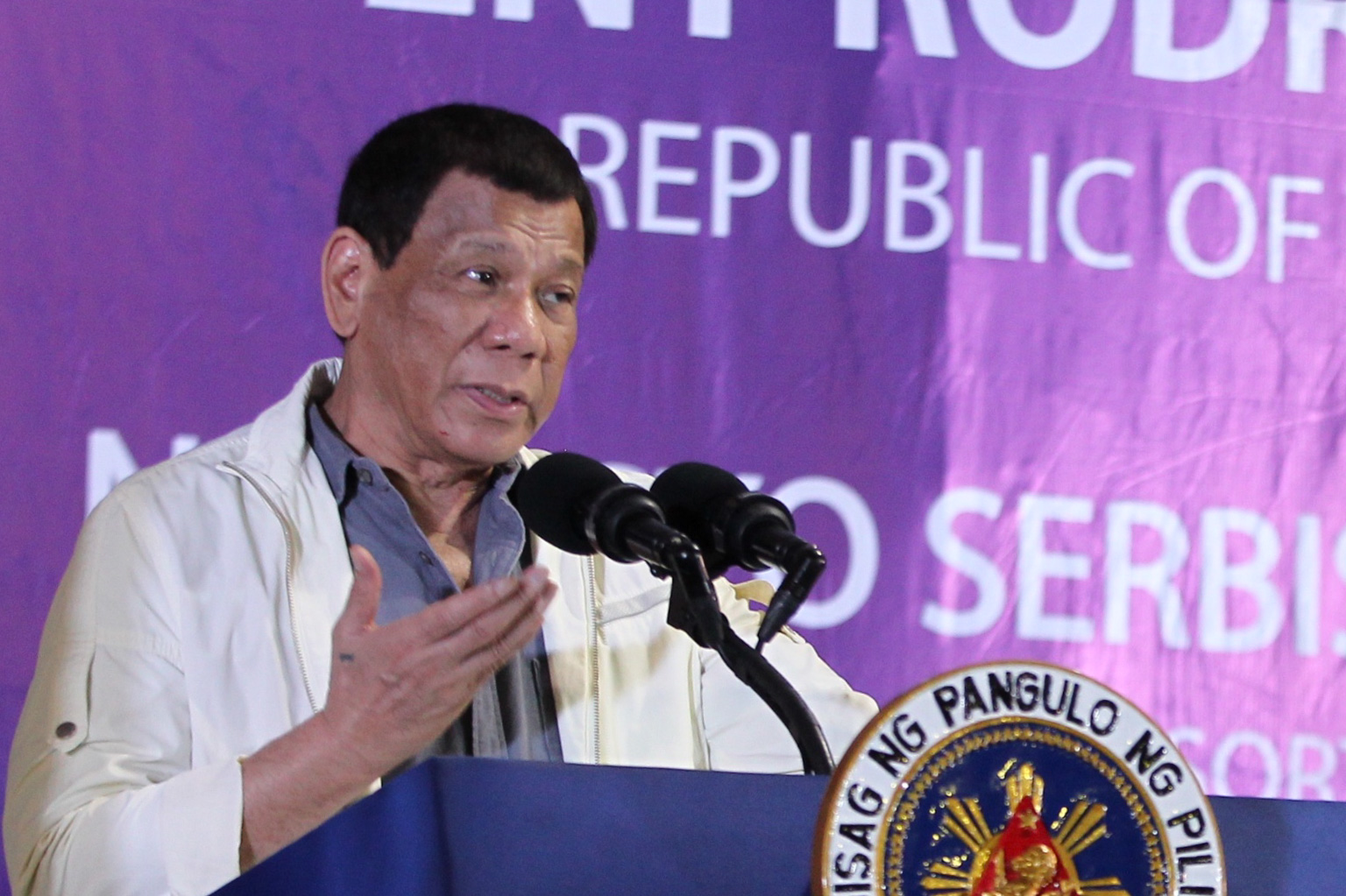 During his speech, the President said an incumbent local executive and 5 policemen, including a top-ranking official, are involved in illegal drugs.

“I’d like to know if the chief of police is here. If you are here kindly stand up because you are fired as of this moment,” Duterte said.

“In your involvement in drugs and making the people of Bacolod miserable, I am relieving and dismissing you from the service as of now, Senior Superintendent Francis Ebreo,” he added.

The President told the policemen to meet him in Malacañang at 2 pm on Monday, January 14.

The Philippine National Police confirmed on Sunday it has sacked the following Bacolod cops whom Duterte linked to drugs:

These cops “have been assigned to the Regional Police Holding and Accounting Unit and are now in ‘floating status,'” said the PNP.

Bulalacao, in an interview with Aksyon Radyo Bacolod, said he was outside the venue when Duterte made the pronouncement.

He ordered the relief of the said policemen so it will not affect their investigation.

He said some of the policemen tagged by Duterte in his narco list were previously reported to be involved in drugs but there was no evidence to implicate them.

“Personally, I was surprised at one of the names mentioned,” he added.

“We will gather evidence. If proven guilty, we will be filing charges against them,” Bulalacao said.

Duterte has publicly named personalities – among them judges, politicians, and police officers – in his so-called narco lists. Critics, however, have pointed out errors in the Duterte administration’s narco lists, drawn up based on intelligence reports. – Rappler.com