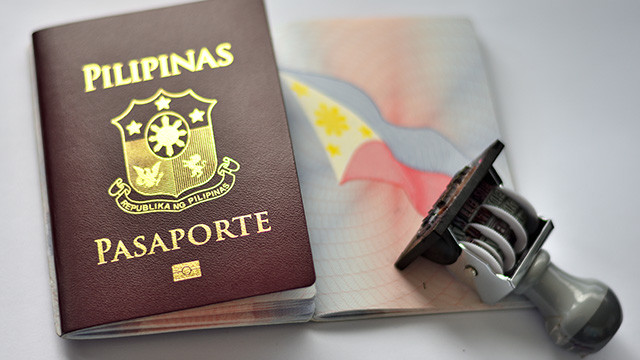 MANILA, Philippines – Vice President Leni Robredo called on government to investigate and act on the supposed passport data mess in the Department of Foreign Affairs (DFA).

(It is shocking and scary. It appears that the contractor, which has the authority to make our passports, took away our entire data system. It’s like saying they have access to all of our data.)

Robredo agreed it is against the law and should be questioned in court.

(It should be investigated. First of all, based on what I read in the newspapers, APO was the contractor for the APO printing. Why was APO able to subcontract? There was supposedly a prohibition in the MOA against subcontracting. Why were they able to do it? As for APO, let’s check why APO did this and how they chose the subcontractor.)

“An in-depth investigation should immediately be conducted and those responsible must be made to face and suffer the consequences. Those databases in the hands of private contractors will definitely compromise vital information of individuals who have dealt with those agencies, and the number runs into millions of people,” Lacson said.

Other senators called on the DFA to explain how and why the breach happened, with Senator Aquilino Pimentel III saying he will file a resolution.

“And I am filing a resolution to find out more. We need to know what other data-gathering government agencies have entered into such a contract which is disadvantageous to the government and the people,” Pimentel added.

Senator Risa Hontiveros said: “The Department of Foreign Affairs (DFA) owes the entire country an explanation. The recent admission that a privately contracted firm took the entire physical database of all of the country’s passport holders indicates a serious national security risk, and is evidence of the Duterte government’s gross incompetence in protecting the people’s private data.”

DFA Secretary Teodoro “Teddyboy” Locsin Jr earlier bared on Twitter that a former contractor “took off” with personal data after the firm supposedly “got pissed when [the contract was] terminated” by the government. But he has yet to mention the name of the contractor.

Locsin had blamed past administrations  for the fraud and assured the public that it would not happen again. Netizens expressed concern about this incident, but Locsin maintained that it is “not a question of data privacy.” – Rappler.com