Jan 14, 2019 9:03 AM PHT
Pia Ranada
Facebook Twitter Copy URL
Copied
The Palace says it treats the alleged passport data loss as a 'serious and grave matter,' as it slammed the current birth certificate requirement in passport renewal as a form of red tape the administration won't tolerate 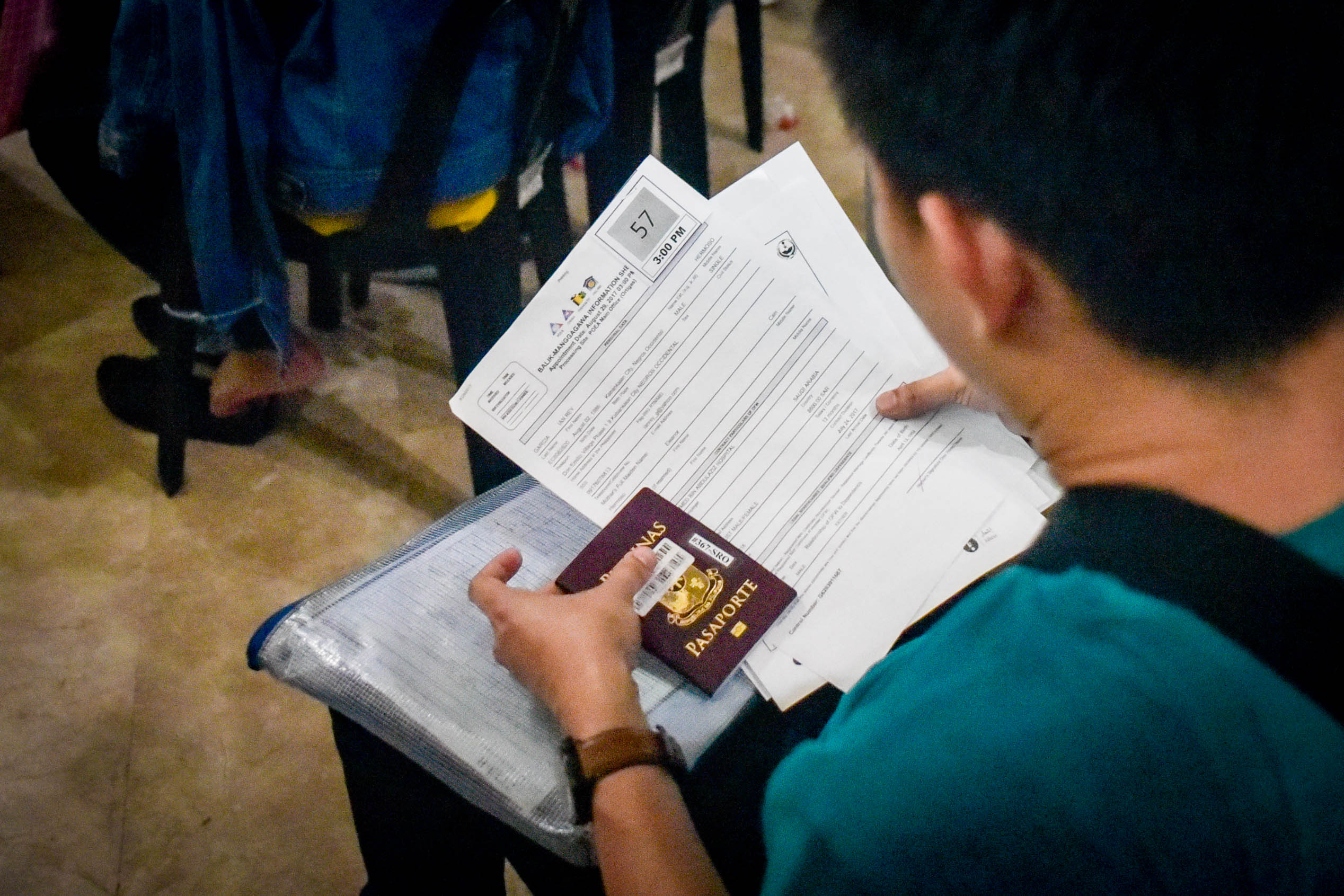 MANILA, Philippines (UPDATED) – Malacañang said it was taking seriously the alleged loss of passport data as it slammed the current requirement for birth certificates in the passport renewal process.

“The ongoing practice is not only cumbersome to everyone affected but is a form of red tape which this administration frowns upon and will not tolerate,” said Presidential Spokesman and Chief Presidential Legal Counsel Salvador Panelo on Monday, January 14.

He added the submission of an individual’s old or current passport “should suffice” for its renewal.

“Applicants should not be burdened by submitting original copies of their certificates of live birth, obtaining which requires another application process before the Philippine Statistics Authority, to renew their passports just because the producer lost their relevant data,” said Panelo.

As to the passport data breach itself, Malacañang considers it “a serious and grave matter.”

“We are one with the Filipino people in their quest for truth and so we will not treat this issue lightly,” said President Rodrigo Duterte’s spokesman.

However, Panelo, in a press briefing later that day, said, pending documents proving Locsin’s claims, the government is not yet certain if passport data has indeed been taken by a private firm.

“We don’t even know if the data is gone or not. Maybe it’s just there,” he said in Filipino.

Panelo said he has asked relevant agencies, including the Department of Foreign Affairs and APO Production Unit Inc, to send him all the documents that may be related to the claims about the data loss.

The alleged loss of passport data to a private firm was revealed by Foreign Secretary Teodoro Locsin Jr in a tweet in which he said a contractor tapped by the Department of Foreign Affairs to produce Philippine passports had “made off” with Filipinos’ passport data.

This, said Locsin, is why Filipinos are being required to submit their birth certificates just to renew their passports, instead of merely presenting their old passport.

He did not reveal the name of this contractor. He also did not state the extent of the losses or how many passport holders are affected.

The National Privacy Commission said it would conduct an investigation into the controversy. – Rappler.com