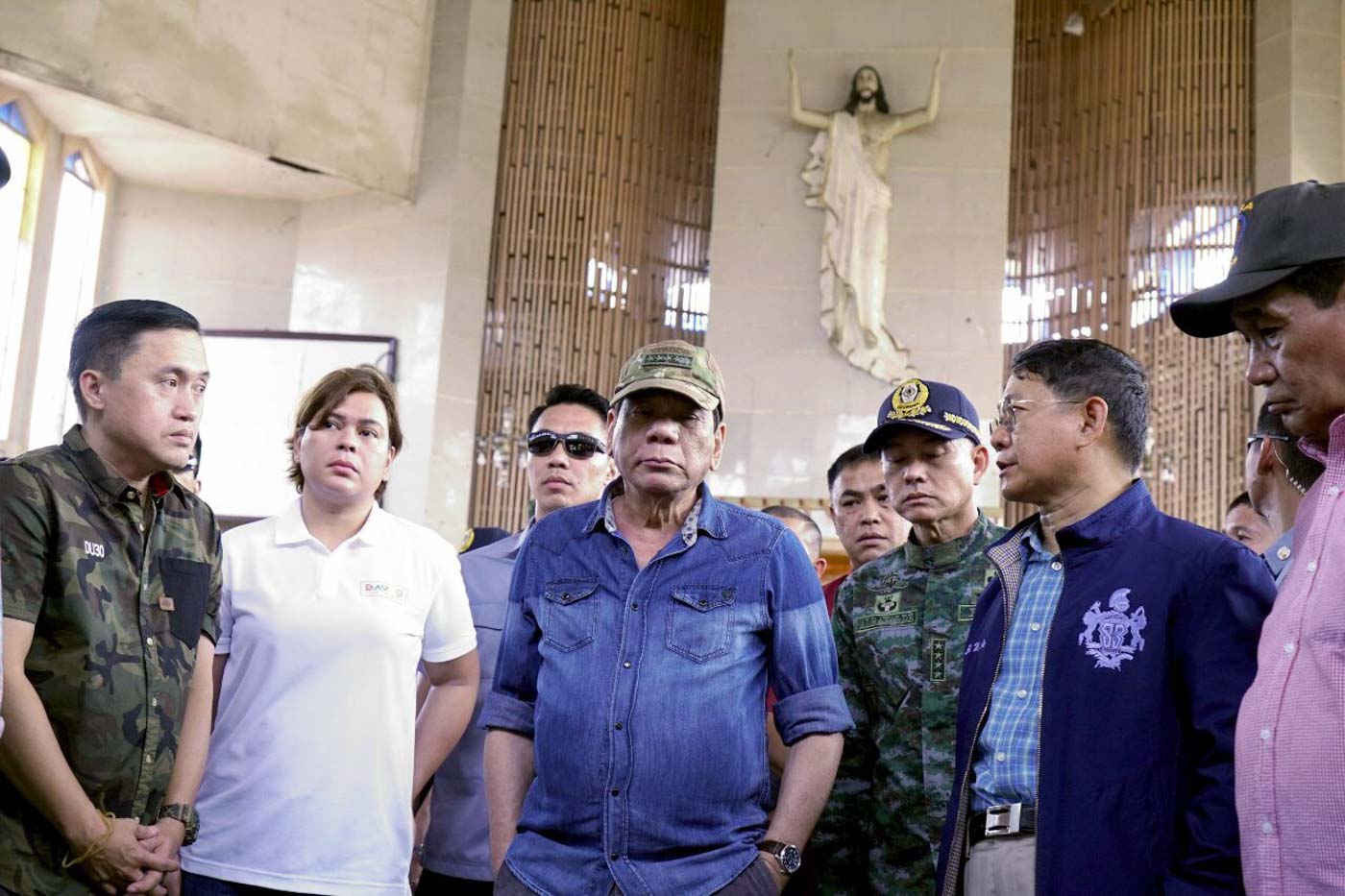 Arriving a little past 2 pm on Monday, January 28, the day after the bombing, Duterte entered ground zero of the explosion – the Jolo Cathedral or Cathedral of Our Lady of Mount Carmel. (READ: What we know so far: Jolo Cathedral bombing)

Duterte also paid his respects to victims of the explosions. Photos from Malacañang show him  standing beside the coffins of Filipino soldiers as he spoke with the military’s Western Mindanao Command chief Arnel dela Vega. 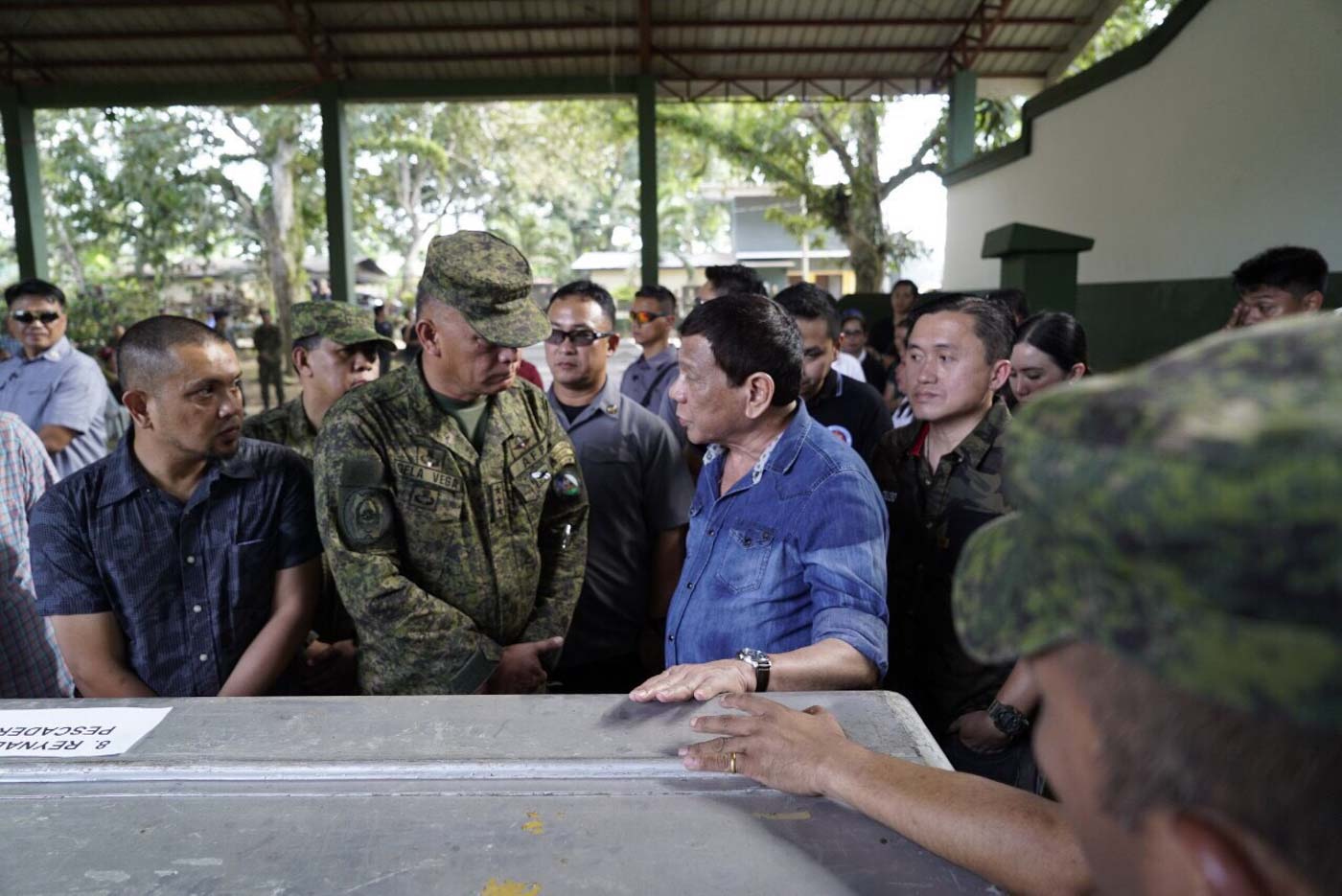 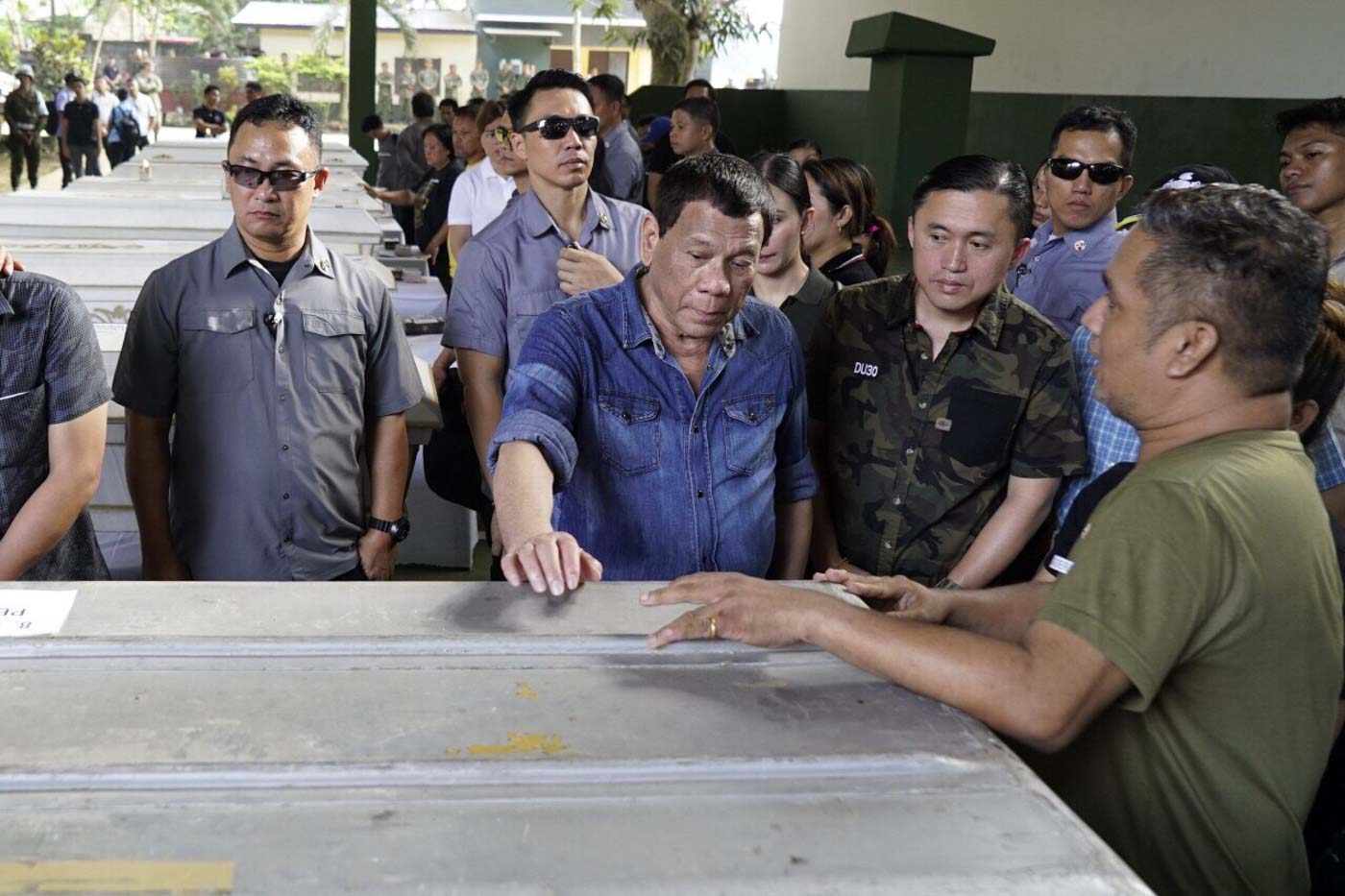 The President also visited some of the civilians, soldiers, and cops who were injured by the blasts.

Soldiers and cops who had rushed to respond to victims of the first bomb had been hurt when a second bomb exploded by the cathedral’s gate.

Duterte flew out of Jolo at around 5:30 pm on Monday, according to Malacañang staff.

The deadly bombing, and the first to take place inside the cathedral itself, occurred while the entire Mindanao is under martial law. 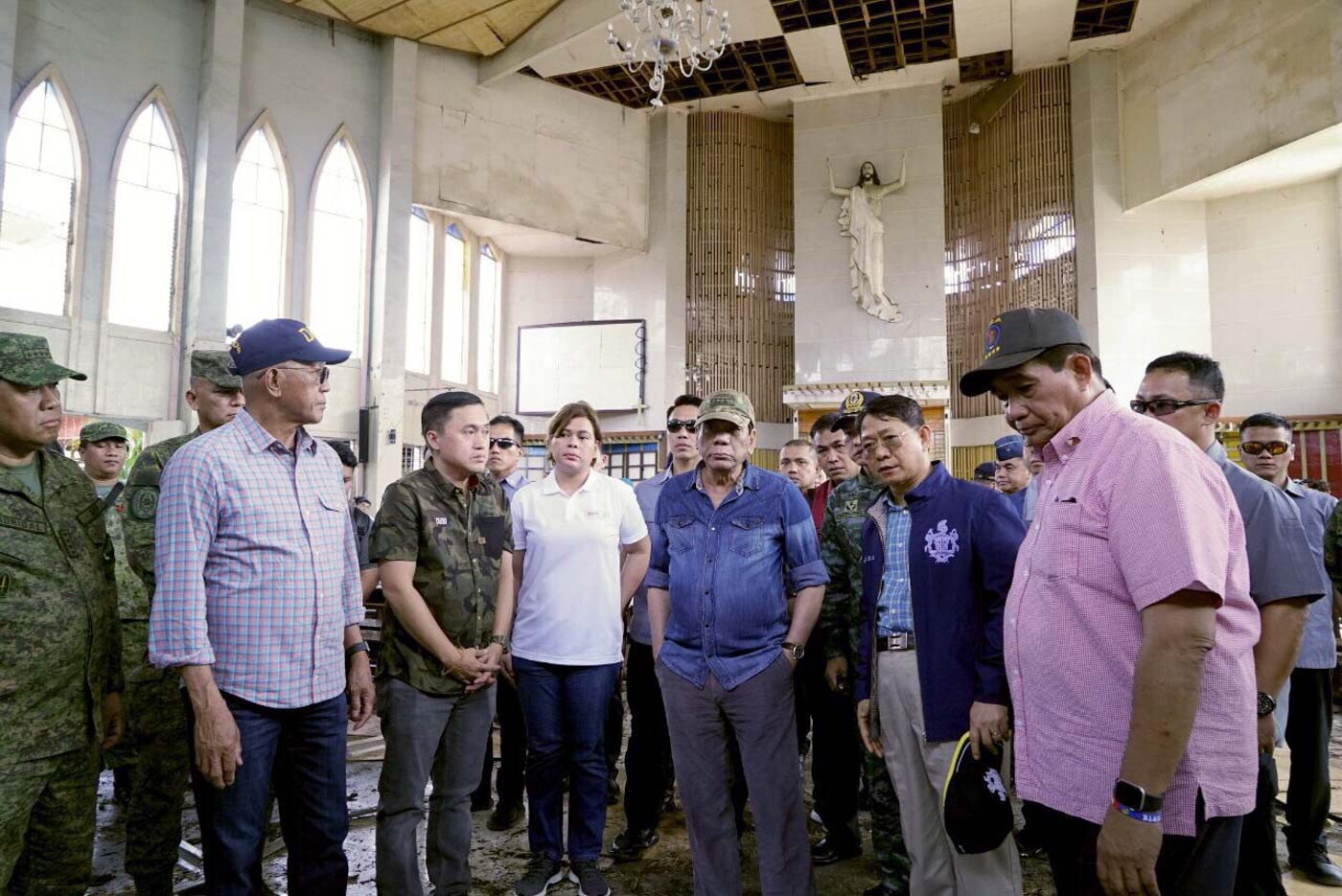 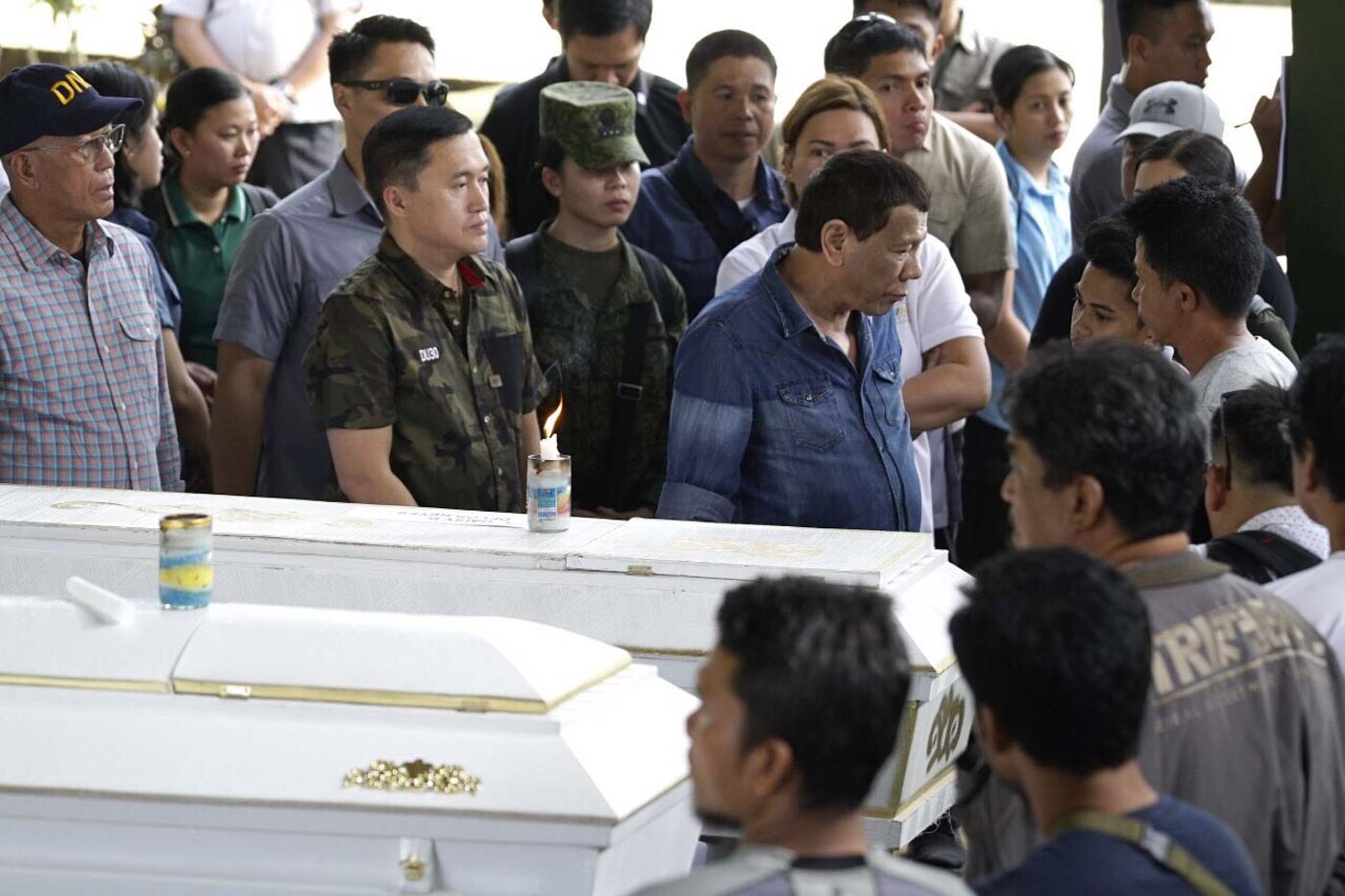 Aside from imposing martial law in the island, the Duterte administration has deployed an entirely new infantry division in Sulu to hunt down Abu Sayyaf and other terror groups there.

Duterte himself attended the activation of the 11th Infantry Division last December 2018. The division was estimated to consist of 4,500 soldiers. – Rappler.com