Jan 29, 2019 5:15 PM PHT
Pia Ranada
Facebook Twitter Copy URL
Copied
'We have enough critics. We have the opposition, we have the human rights, dadagdagan mo pa,' says Presidential Spokesperson Salvador Panelo to the Catholic Bishops' Conference of the Philippines 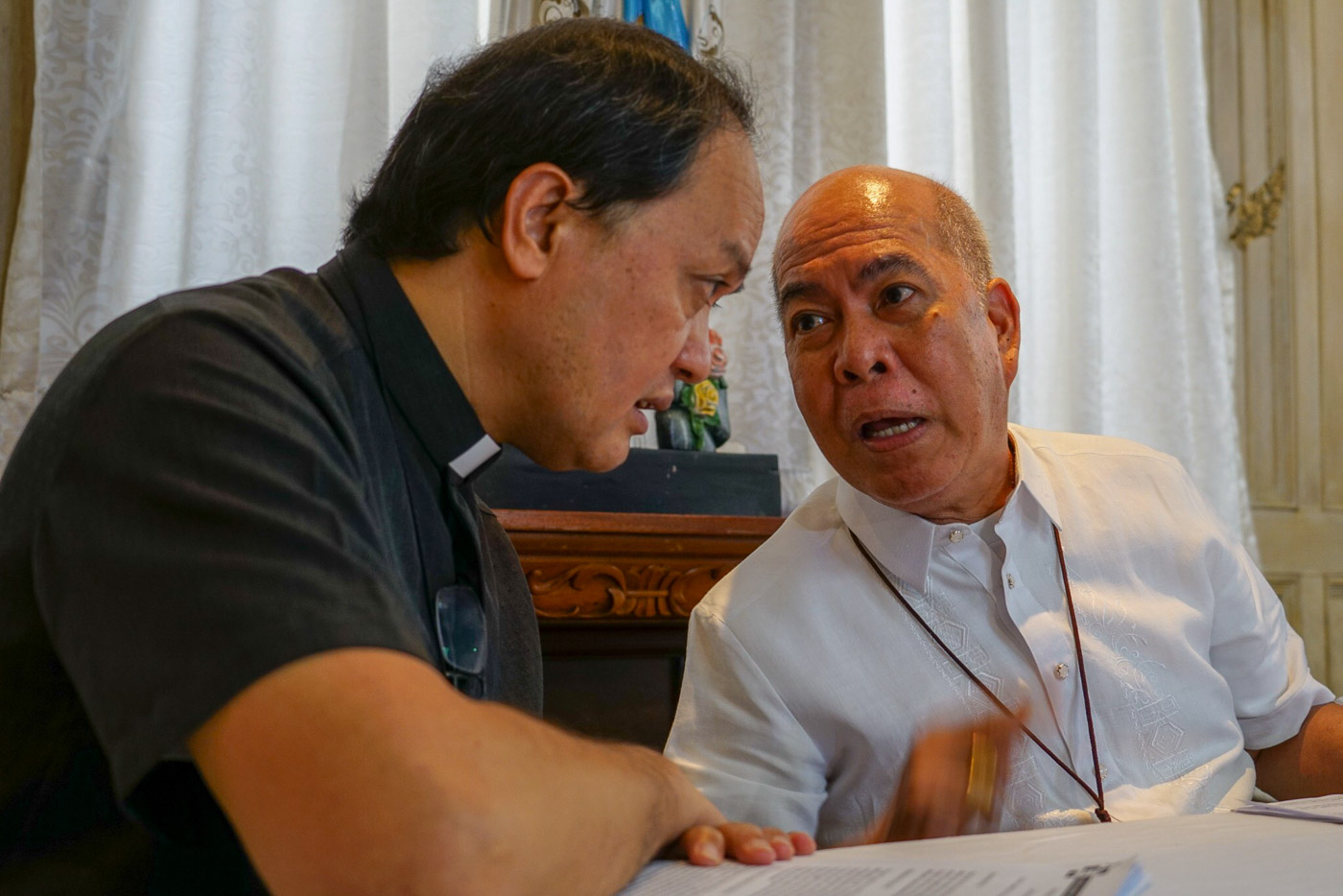 MANILA, Philippines – Presidential Spokesperson Salvador Panelo has advice for the Catholic Bishops’ Conference of the Philippines (CBCP) after it delivered stinging criticism of President Rodrigo Duterte’s tirades against the Catholic Church and his other policies.

Panelo said the CBCP has no business commenting on government policy as bishops should see themselves as limited to speaking only on “spiritual” matters.

“What he’s (Duterte’s) saying is, the Church, you’re supposed to be in the spiritual side. Huwag na ‘yung governance ng gobyerno kasi (Don’t speak on governance because) you’re questioning the method by which this President is doing his duty,” said Panelo on Tuesday, January 29, during a Palace news briefing.

For Duterte’s spokesman, the CBCP and its leaders should just “pray” for the President.

“My suggestion is, rather than attack the President by way of making this statment, I’d rather that they issue a statement that they’re all praying for our President to succeed in his endeavor and if there are mistakes they pray to God that he be enlightened on certain mistakes they perceive to be wrong,” said Panelo.

The CBCP, on Monday, January 28, issued a statement that appeared to respond to Duterte’s frequent slurs about Catholic Church teachings and church leaders.

The CBCP, without naming Duterte, said “freedom of expression does not include a license to insult other people’s faith, especially our core beliefs.”

Duterte has been devoting a portion of his speeches to lambasting the Catholic Church and its leaders. He has mocked its teachings and doctrines, calling the Holy Trinity “silly,” blasting the Bible’s creation story, dismissing saints as “gago“ (fools) and “drunkards,” and even calling Jesus Christ “unimpressive” because he got crucified.

The President has also made baseless claims, like saying “80%” of priests are gay and accusing specific Filipino bishops of stealing from church coffers.

After a string of brazen murders of priests in different parts of the country, Duterte said in public that bishops should be killed because “all they do is criticize.”

‘We have enough critics’

Duterte and Malacañang have accused church leaders of “interfering” in state affairs whenever individual bishops or groups of church personalities slam the government’s campaign against illegal drugs or the President’s violent language.

The CBCP, in its statement, said bishops have “no intention of interfering in the conduct of state affairs” but added, “neither do we intend to abdicate our sacred mandate as shepherds to whom the Lord has entrusted his flock.”

Panelo was asked if the Palace considers criticism as “interference.”

(Since you are into spiritual matters, just pray, teach people what is right and what is wrong.)

“In other words, we have enough critics. We have the opposition, we have the human rights, dadagdagan mo pa (then you will add to it),” he added.

Panelo has defended Duterte’s mockery of the Catholic faith by saying that he is “testing the limits of freedom of expression.” – Rappler.com