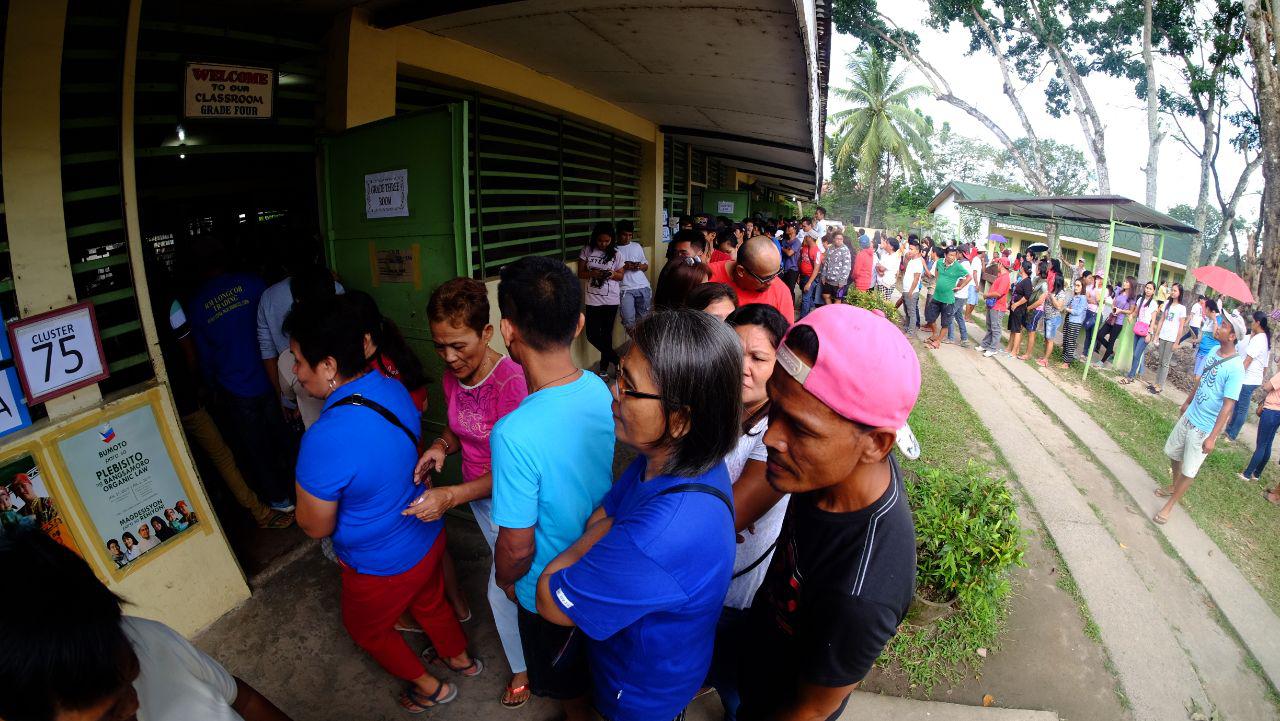 LANAO DEL NORTE, Philippines – The vote to see a new Muslim region in parts of Mindanao ended peacefully as polls closed at 3 pm Wednesday, February 6, in 22 towns in Lanao del Norte and 7 in North Cotabato.

Voters in these areas cast their “yes” or “no” votes, and the results will determine whether or not the newly created Bangsamoro Region will be able to expand its territory. (FAST FACTS: How many are voting in second Bangsamoro plebiscite?)

Voting in Lanao del Norte went smoothly on Wednesday as polls opened on time at 7 am.

Thousands of voters trooped to polling centers despite 3 explosions, which occurred in the province a day before the plebiscite.

Asked about rumored threats of armed groups in the province, Cabanag said these have yet to be validated.

Cabanag said about 2,800 cops were deployed across the province to guard voters. This is on top of some 2,000 troops who were tasked to secure the area, too.

Unlike areas part of the first plebiscite, the second Bangsamoro vote has the challenge of a double majority needed to see the 6 towns in Lanao del Norte and 67 barangays (villages) in North Cotabato part of the new BARMM. This means that even if the 6 towns and 67 barangays agree to their inclusion, it is the rest of their mother units that will have the final say or approval. – Rappler.com