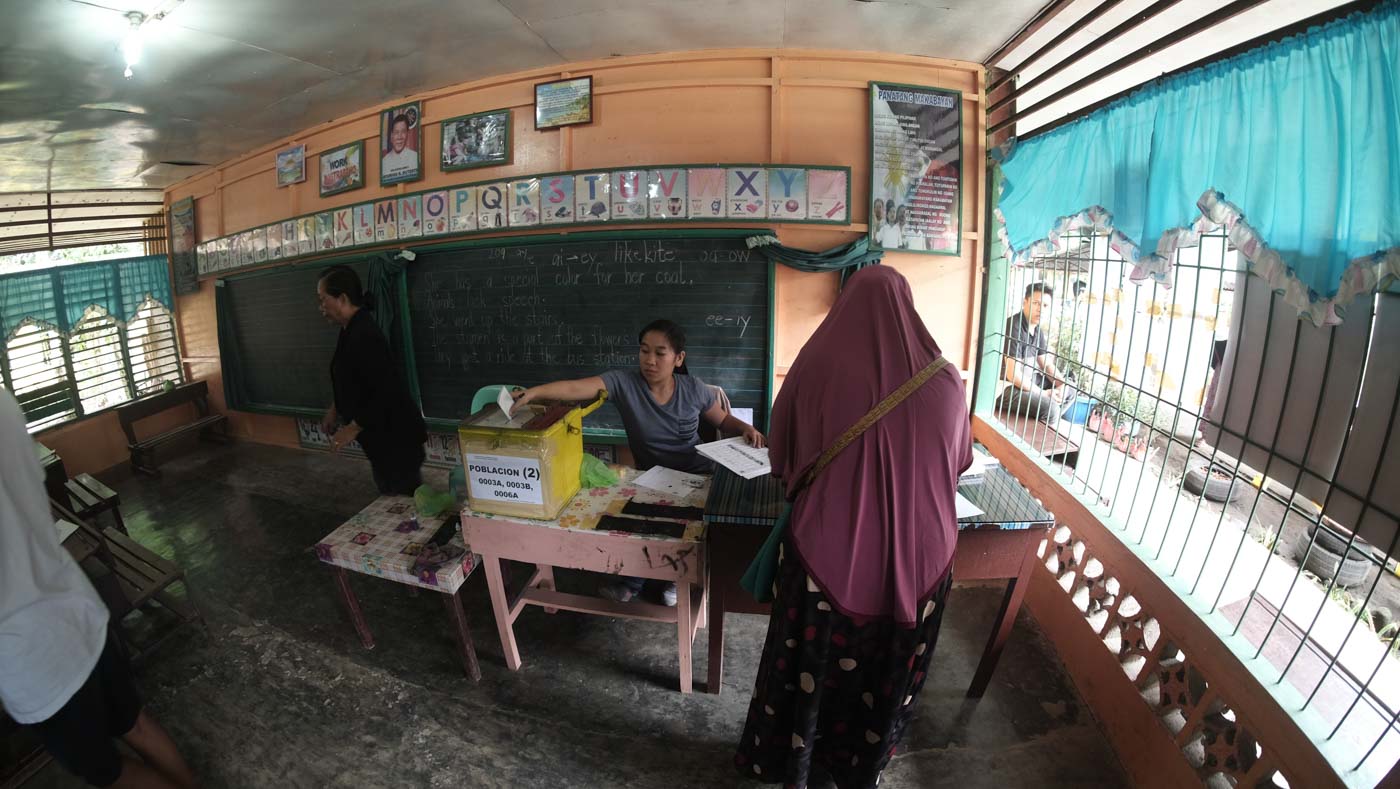 MANILA, Philippines – The voter turnout on the second day of the Bangsamoro plebiscite on Wednesday, February 6, surprised the Commission on Elections (Comelec) after a series of violent incidents rocked the southern Philippines.

Comelec Spokesman James Jimenez said some areas in Lanao del Norte, one of two major plebiscite areas on Wednesday, have reported a partial voter turnout of 75% as of 2 pm. The Comelec will release the final voter turnout in the coming days.

The Armed Forces of the Philippines (AFP) reported the following voter turnout data as of 1 pm on Wednesday:

No violent incidents were reported as of 1 pm, the AFP added.

The explosions fueled security concerns after twin blasts at the Jolo Cathedral on January 27 killed at least 23 people, while a January 30 mosque blast in Zamboanga City killed at least two.

Jimenez said a 75% voter turnout in certain areas is “very high” considering that the Comelec initially thought of a “depressed” voter turnout “because of fear.” (READ: Comelec: Security is ‘main concern’ in BOL plebiscite on February 6)

(But the people still come out and vote. The flow of people is slow, they don’t come in crowds like in previous elections, but the stream of arrivals is steady.)

‘Desire to look beyond the fear’

Jimenez attributed this voter turnout partly to “the history of political activity” in the Bangsamoro plebiscite areas. “We know that the populations in these areas are very politically active.”

“I would also have to say that they feel strongly about these elections. Without meaning to sound like a propaganda machine, I think it’s important to recognize also that the desire to be part of this event must play a large role in their desire to look beyond their fear, so to speak,” Jimenez added.

Sought for his assessment, Jimenez said the Bangsamoro plebiscite is successful and peaceful so far.

Jimenez said the Comelec has received “unverified reports,” however, of allegedly armed fighters of the Moro Islamic Liberation Front in the plebiscite areas. He said the Comelec is “trying to verify” these “persistent rumors,” the local government units “are on alert,” and the police and the military “are apprised of the situation.”

“What we are forced to confront in this plebiscite, is that the presence of partisan groups can be to such an extent that they cause discomfort among the voting population, or at least gives rise to a creditable claim of discomfort in the population,” he said.

Jimenez said the Comelec saw this in Cotabato City, on the first day of the plebiscite on January 21, “where large groups of partisans basically descended on a polling center and, as a result, people in that polling center claimed to have felt to be under tremendous pressure.”

“That’s a lesson that we ought to learn not just for future plebiscites but for future elections in general, especially for the coming May elections,” he said.

The second day of the Bangsamoro plebiscite sought to determine if residents of Lanao del Norte and North Cotabato want to join a new and more powerful Muslim region in the southern Philippines.

The Bangsamoro Organic Law (BOL), which created the new Bangsamoro Autonomous Region in Muslim Mindanao, was ratified after the first plebiscite day on January 21. The BOL aims to end a decades-long Muslim rebellion, which is exploited by terrorists, in the southern Philippine island group of Mindanao. – Rappler.com