Feb 7, 2019 6:20 PM PHT
Pia Ranada
Facebook Twitter Copy URL
Copied
Malacañang says it would be up to PAO chief Persida Acosta to act on claims that her handling of the Dengvaxia controversy discouraged parents from having their kids vaccinated against measles 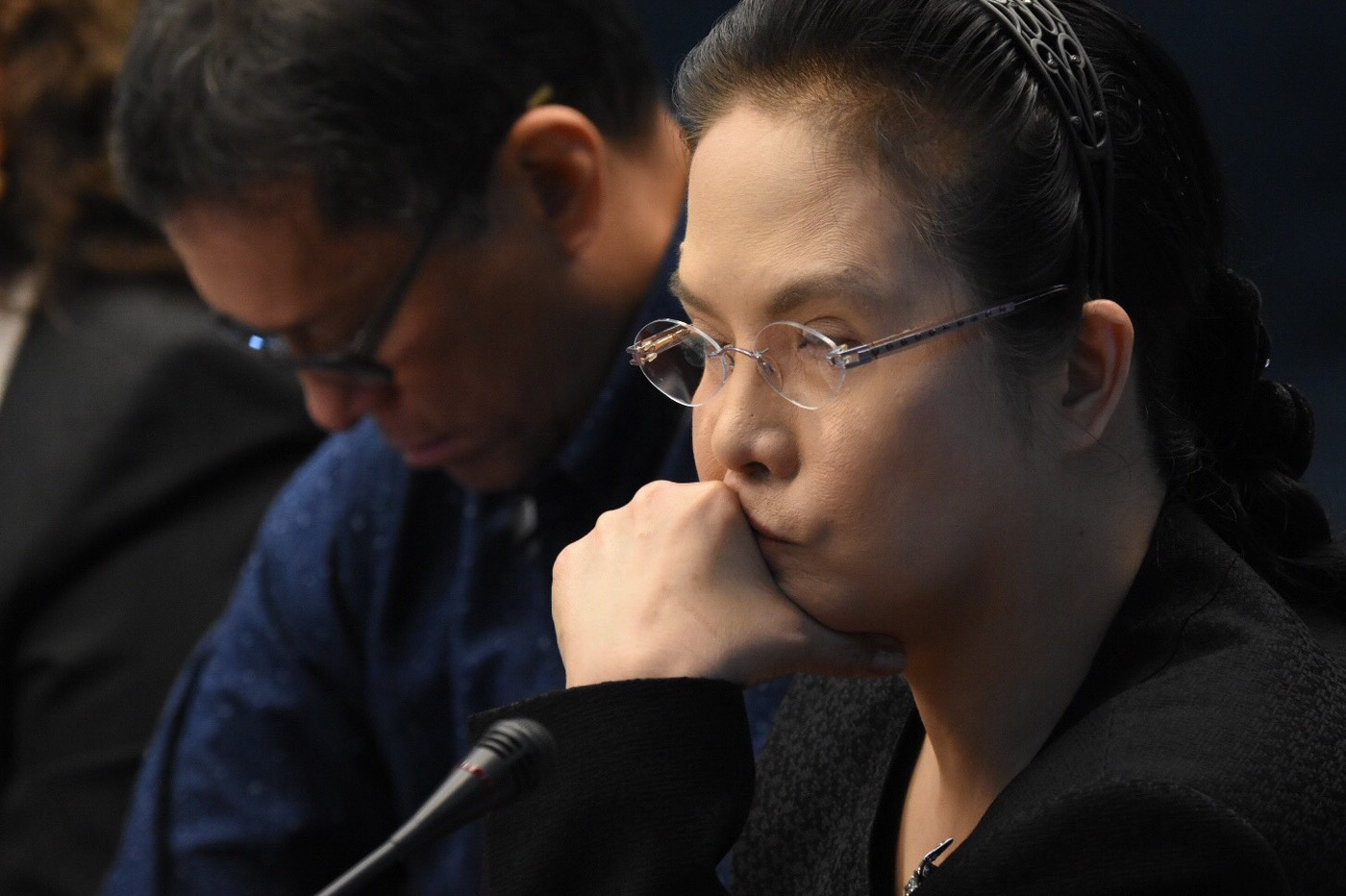 Malacañang, on Thursday, February 7, was not prepared to put the blame on Acosta.

Presidential Spokesman Salvador Panelo said that while President Rodrigo Duterte was “saddened” by the measles outbreak in Metro Manila and other regions in Luzon and  Visayas, he did not mention any link between Acosta’s handling of the Dengvaxia controversy and low vaccination rates.

The measles outbreak was discussed during the 34th Cabinet meeting on Wednesday, February 6.

Doctors, health experts, lawmakers, and even the Department of Health (DOH) have blamed the drop in the measles immunization rate to Acosta’s insistence on linking controversial dengue vaccine Dengvaxia to the deaths of several persons. READ: No need to panic over Dengvaxia-linked deaths – Duque, UP-PGH experts)

Senator JV Ejercito had said Acosta encouraged “hysteria” that led to fear of other vaccines. This supposedly discouraged parents from having their children vaccinated, leading to several measles outbreak.

Panelo was asked if Acosta should be held accountable for this.

“The PAO chief as a lawyer is defending or pursuing the theory that favors the clients. In other words, she’s pursuing an advocacy, an impassioned one. So I cannot blame her for that,” he replied during a Palace news briefing on Thursday.

Acosta, said Duterte’s spokesman, should be “responsible” enough to know if her words or actions affect the public, hence the Palace will “leave it to her.”

“It’s her call. If she feels that her advocacy has affected the people into not believing on immunization including immunization from other illnesses, then she should do something about it,” said Panelo.

However, the spokesman said he was inclined to believe Health Secretary Francisco Duque III when he said that Acosta’s actions might have discouraged people from getting vaccinated against other diseases or conditions.

Duterte had ordered Duque to “do something” about the measles outbreak. The health chief had responded that the agency was already implementing an information drive and immunization campaign.

The President had also briefly weighed in on the complaint filed by Acosta that charged DOH officials of reckless imprudence resulting in homicide, torture, as well as graft. Duque was among the respondents even if he had been named health secretary after the Dengvaxia program was questioned.

According to Panelo, Duterte expressed confidence that Duque would not be charged.

“He (Duterte) said, ‘First, don’t worry about your case because I don’t think that will prosper against you,” Panelo recalled the Chief Executive assuring his health chief.

The spokesman also put it this way: “He said, ‘Don’t worry about those cases. I’m telling you as a lawyer, wala iyon, hindi ka maano doon (it’s nothing, you won’t get into trouble).”

Duterte had even cracked a joke.

(The President said, ‘Maybe the PAO just likes you. Maybe you keep running away from her, so you are widening the distance between you two. Slow down so you can be closer to each other.)

Justice Secretary Menardo Guevarra had also said during the Cabinet meeting that a decision on the complaints involving Duque are “forthcoming,” Panelo said, adding that the Palace expects the decision in the coming weeks. – Rappler.com