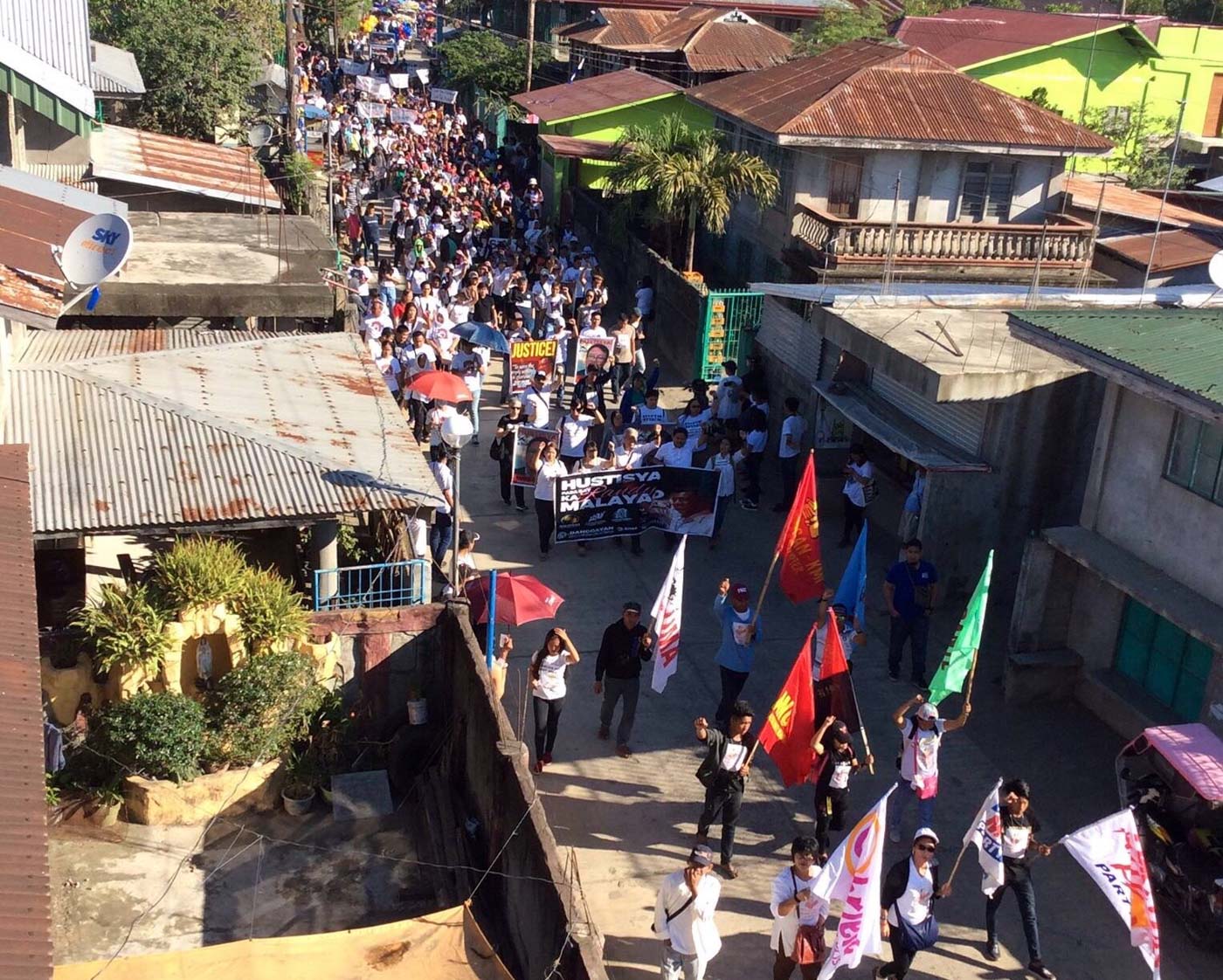 The San Pablo Church in Isabela province was filled with hundreds of Malayao’s relatives, friends, and other symphatizers who are crying for justice for his brutal killing.

Malayao, a peace consultant of the National Democratic Front of the Philippines, was killed while asleep inside a bus in Aritao, Nueva Vizcaya, on January 30.

Raymund Villanueva, a close friend of Malayao, said it’s the first time in their lifetime that they’ve seen the church overflow with people.

“Only you have managed to accomplish this. This is testament to the fruitful life you lived, the most kind person you were, and the greatness of the struggle you embraced and served until your last breath,” Villanueva said.

The groups vowed to keep the name of Malayao alive.

People sang a revolutionary song with their fists raised as Malayao’s casket was lowered into the ground.

The Communist Party of the Philippines vowed to seek justice for Malayao’s killing, putting the blame on the Duterte administration that initiated a “crackdown” against left-leaning organizations and their members and leaders. – Rappler.com