‘We’ll go after you’: DOJ probes threat of NBI agent vs Rappler reporter 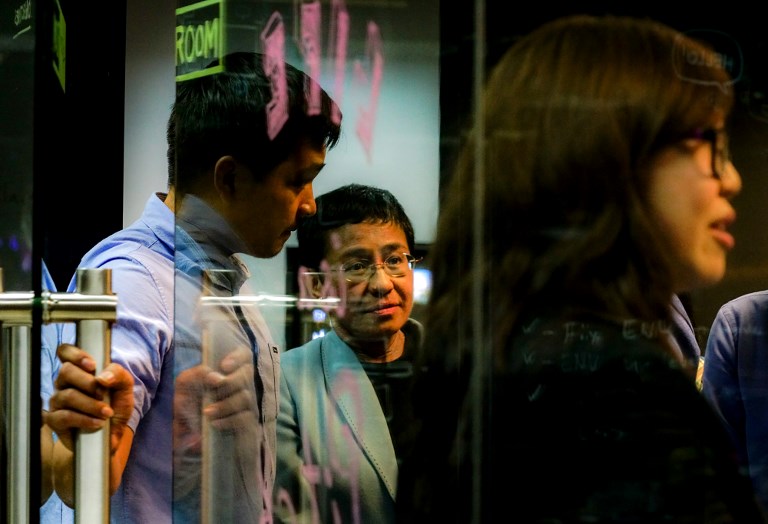 MANILA, Philippines – The Department of Justice (DOJ) said on Thursday, February 14, that it will look into an incident where an agent serving the warrant of arrest against Maria Ressa verbally threatened a Rappler reporter who was taking a video of the events.

“We want to look into the incident, and elicit as well the side of the operatives who were serving the warrant to have a clear picture of what transpired to find out if there was violation in the service of the warrant,” said DOJ Undersecretary Markk Perete over CNN Philippines’ The Source on Thursday.

Rappler reporter Aika Rey, who was inside the Rappler office when the warrant was being served, started taking a video when one of the National Bureau of Investigation (NBI) operatives approached her to “turn it off please.”

Rey asked the unidentified agent to first explain why she needs to stop recording.

A conversation ensued between the two, with the agent telling Rey: “Can you stop doing what you’re doing now? Is it okay? Oh great and tell the same thing to your colleague. Because definitely if we see our faces on the net, you’ll be sorry. You’ve been warned. We’ll go after you.”

Asked outright whether NBI agents have the right to demand that bystanders – or media personnel – do not record service of warrants, Perete said “it might be reckless for me to make a conclusion.”

In a separate message to reporters, Justice Secretary Menardo Guevarra said it is not illegal to record arrests “unless media interferes with the orderly conduct of the arrest.”

“We’d want to see the context if the context was that certain acts may impede the service of the warrant, then it may be justified, but if there are no such circumstances, it may not be justified,” said Perete.

The NBI is under the DOJ.

(They were saying we asked them to stop taking video, but no, you can see she was livestreaming, she had a live feed, there’s no logic to why we would do that.)

You can watch the entire incident here, including when the agent told Rey to stop recording:

Lorenzo insisted throughout the press conference that “nobody’s preventing them to take videos.”

(There would be a conflict to that information, because Ressa said the NBI agents were kind and courteous, that would dispel the allegations that we threatened anybody.)

Rappler lawyer JJ Disini said they will have to study whether they can take any legal action.

“An NBI present in the Rappler office might be part of undercover operations in other operations, it might interfere with those operations. Therefore, they can argue that this was necessary for them,” Disini said.

Disini added: “But certainly, off hand, the press has the right to cover a newsworthy incident insofar as it does not affect law enforcement in any way. That is a constitutional right.” – Rappler.com