Measles cases breach 8,000-mark over a week since outbreak 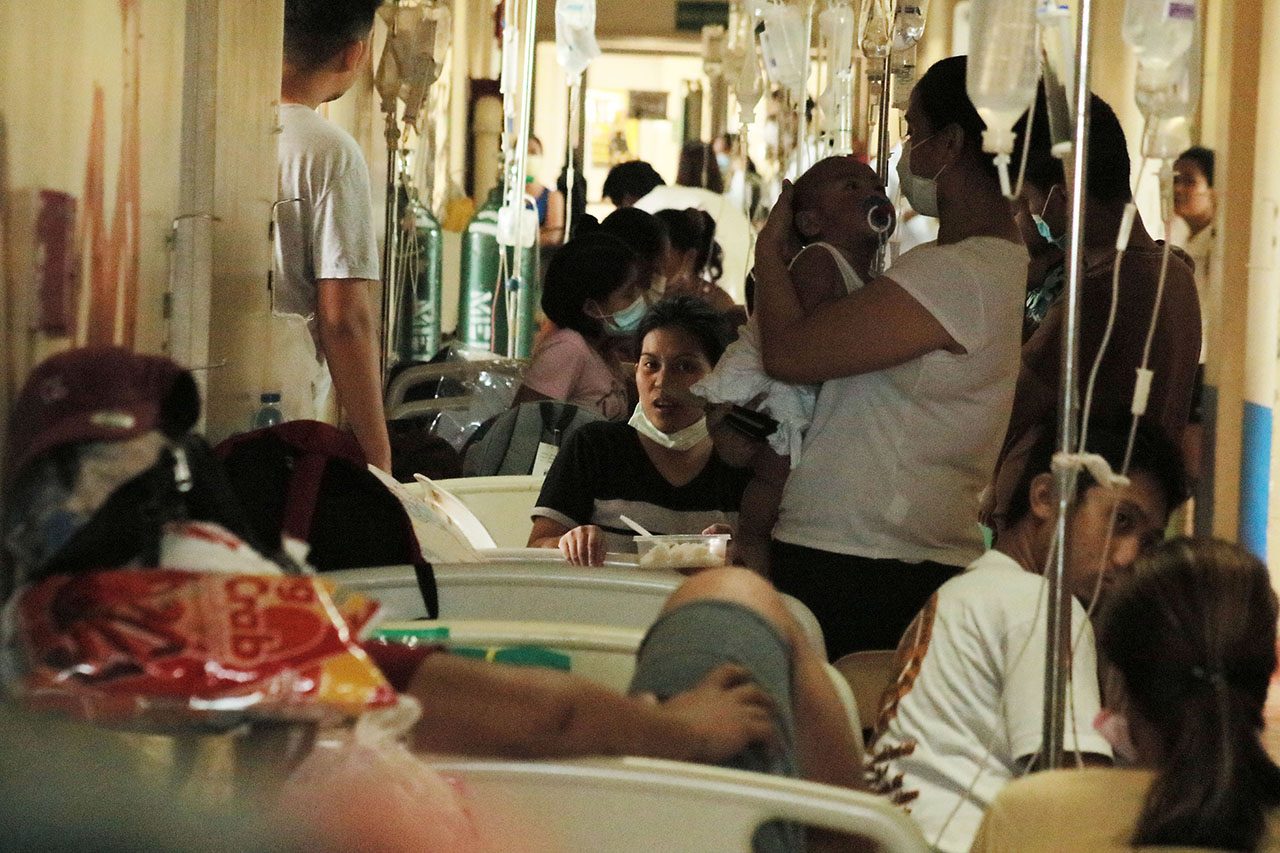 MANILA, Philippines – A week after a measles outbreak was declared in several regions in the country, over 8,000 cases have been recorded, according to the Department of Health (DOH).

The DOH’s latest count as of 9 am, Saturday, February 16, listed 8,443 measles cases since January 1 this year. This is already 253% higher than the number of incidences accounted in the same period in 2018. The previous mark was 2,393 cases.

Data likewise showed a continuous climb in the number of deaths, with 136 fatalities reported as of Saturday. These numbers translate to an increase of 491% from the same period last year, when there were 23 deaths due to measles.

The number of deaths is nearly double the tally announced by the DOH last week, when 70 deaths were recorded as of February 9, 2019.

Majority of cases come from Calabarzon and Metro Manila, which counted at least 1,875 and 1,841 cases, respectively. These regions also saw the highest number of fatalities with 38 deaths and 32 deaths tallied, respectively.

Measles – a vaccine-preventable disease – is a viral, highly-contagious respiratory disease. It may cause complications such as pneumonia and diarrhea in infected patients. It can lead to death if left untreated. (FAST FACTS: What is measles and how can it be prevented?)

Health Secretary Francisco Duque III previously said the number of measles cases in the Philippines was still rising. For an outbreak to be declared under control, there should be a decrease in the number of cases.

Behind the rise: Data obtained by Rappler from the DOH’s epidemiology bureau showed that of the 8,443 cases of measles, 6 out of 10 individuals or 64% did not receive the vaccine against measles.

Meanwhile, 2 out of 5 also did not know their vaccination status, nor how many times they received the measles vaccine.

Duque has repeatedly urged the public to receive the measles vaccine, saying it remains the best defense against the disease. (READ: EXPLAINER: When should one get vaccinated against measles?)

In a previous interview with Rappler, National Immunization Program Manager Wilda Silva said outbreaks were a result of a mix of factors. These included the low immunization rates in the aftermath of the Dengvaxia controversy and also the growing number of unvaccinated children the DOH had accumulated years before.

According to Silva, a study of a 3-year trend for vaccination showed its immunization programs weren’t keeping up with the pace of population growth.

But with the Dengvaxia scare, this meant the health department’s effort to mitigate risks of unvaccinated children showed mixed results. (READ: A year after Dengvaxia: Immunization drops, measles outbreaks soar)

Since then, though, Duque said parents have started to change their attitude towards vaccination. More children, he said, were brought to health centers to receive protection against the disease. (READ: Love trumps fear: Payatas parents get babies vaccinated)

What the government is doing about it: In an effort to abate the steep rise in number of measles cases, the government has pulled out all the stops to control the spread of the disease. (LOOK: Measles vaccination in tents, fast-food chains)

Its biggest effort includes a mass immunization campaign, which targets to vaccinate about 12 million people against the disease by March. The government’s target number means 95% vaccination coverage.

If this is achieved, Duque said it was possible the measles outbreak would be under control sometime between the end of April to start of May 2019. – Rappler.com