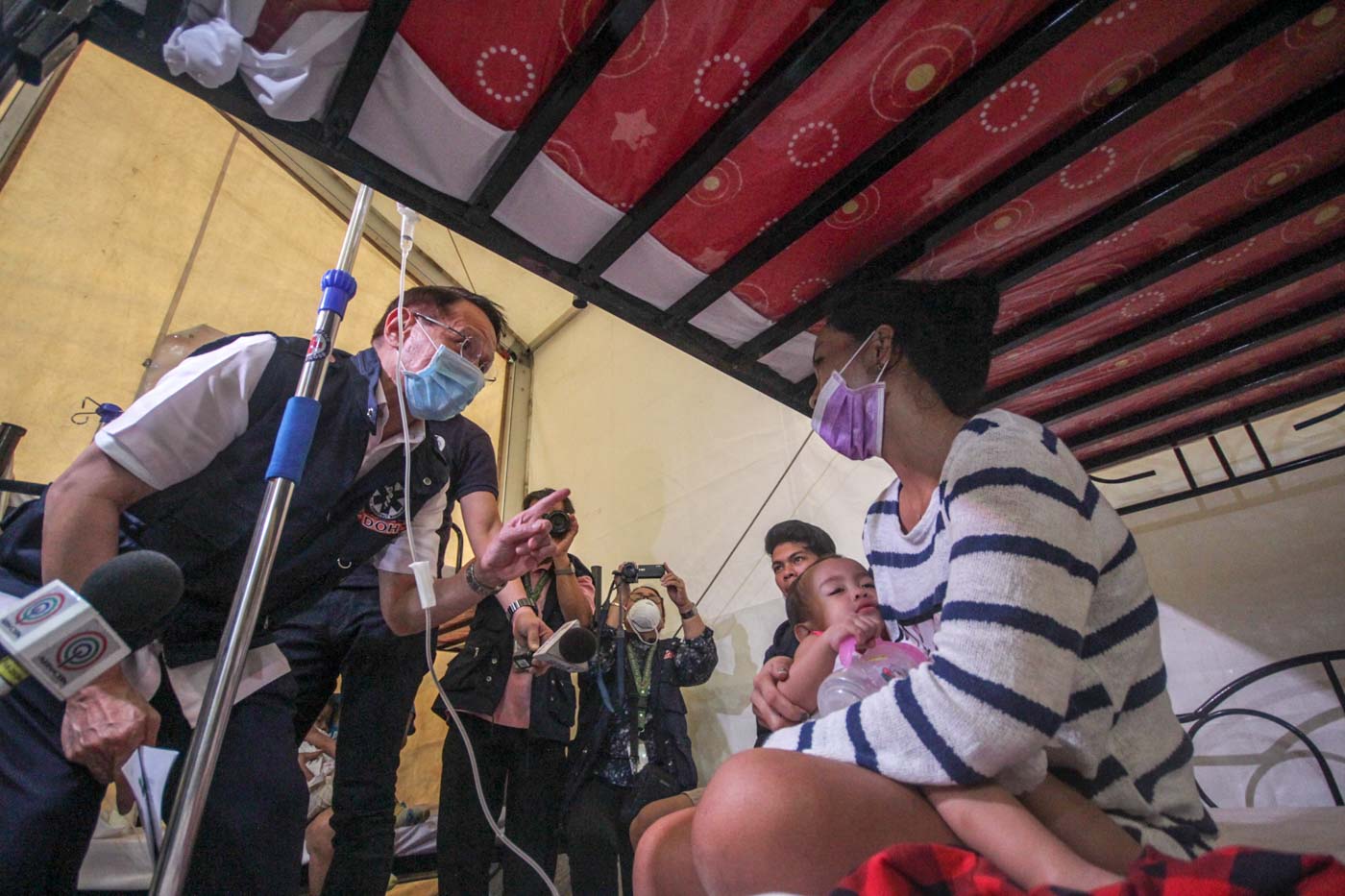 MANILA, Philippines – Health Secretary Francisco Duque III on Monday, February 18, said the increase in measles cases has not yet waned as the government has yet to achieve its target of 95% vaccination coverage.

This was the explanation Duque gave for the continued rise in the number of measles cases in the country.

In an interview with Rappler, Duque said the increase in cases was to be expected since the measles outbreak is not yet under control.

“[The number of cases] hasn’t peaked yet. Measles [cases] continue to rise and based on the DOH’s Epidemiology Bureau, the only time this will subside is when we achieve herd immunity of 95%,” Duque said in a phone interview with Rappler.

“We’re still in an outbreak time so you still expect it (cases) to go up, and you see it is still going up every 2 to 3 days of monitoring,” he added.

As a response to the outbreak, the DOH and other government agencies have mounted a mass immunization campaign. They aim to vaccinate about 12 million people against the disease by March. The government’s target number means 95% vaccination coverage. (LOOK: Measles vaccination in tents, fast-food chains)

Duque said the number would also ensure “herd immunity,” where people who already have measles will be “walled off” from the rest of the population. (READ: EXPLAINER: When should one get vaccinated against measles?)

Duque said 23% of children 6 to 59 months old have been vaccinated in Metro Manila since immunization activities started last February 8. He said the DOH wants to vaccinate 450,000 children in one month. (READ: Love trumps fear: Payatas parents get babies vaccinated)

Meanwhile, non-governmental organizations such as the Philippine Red Cross (PRC) also coordinated with the DOH to vaccinate more kids. The PRC was able to vaccinate a total of 1,307 children in Baseco, Manila, over the weekend.

Duque reminded parents to bring their children to the nearest hospital for treatment as soon as symptoms of measles start to show. (READ: FAST FACTS: What is measles and how can it be prevented?)

The highly contagious disease may cause complications such as pneumonia and diarrhea. It can lead to death if left untreated. – Rappler.com