BERLIN, Germany – On the 65th year of bilateral relations between the Philippines and Germany, the Philippine embassy in Berlin moved to its own building in the heart of the German capital. Foreign Affairs Secretary Teodoro Locsin inaugurated the new Philippine Chancery on Monday, February 18. The 7-story structure stands among Germany’s government buildings in Mitte, the city’s central district. Locsin, who had attended the Munich Security Conference, traveled north to inaugurate the building.

“I think – like most German government architecture – I love it,” Locsin said of the building after his inspection. “Simplicity and, at the same time, the solidity of the feel. It is something that should be projected by all government buildings…. I hope all our embassies could look like this.”

At a total cost of about 11 million euros for the land and the building, an embassy does not come cheap. Locsin said that while an embassy or consulate can do all of its duties in rented premises, it’s even more expensive for the government in the long run. Owning an establishment also gives the post more flexibility in rendering services.

Why is it important to have an embassy that looks good? Foreign Affairs (Undersecretary for Administration and Ambassador-designate to Germany Tess Dizon de Vega said it goes beyond a physical structure.

“The completion of the new Philippine embassy in Berlin is a tangible result of the efforts of the DFA to further improve our representation abroad and to make every Filipino proud of their country’s embassies and consulates overseas,” she told Rappler during the inauguration. 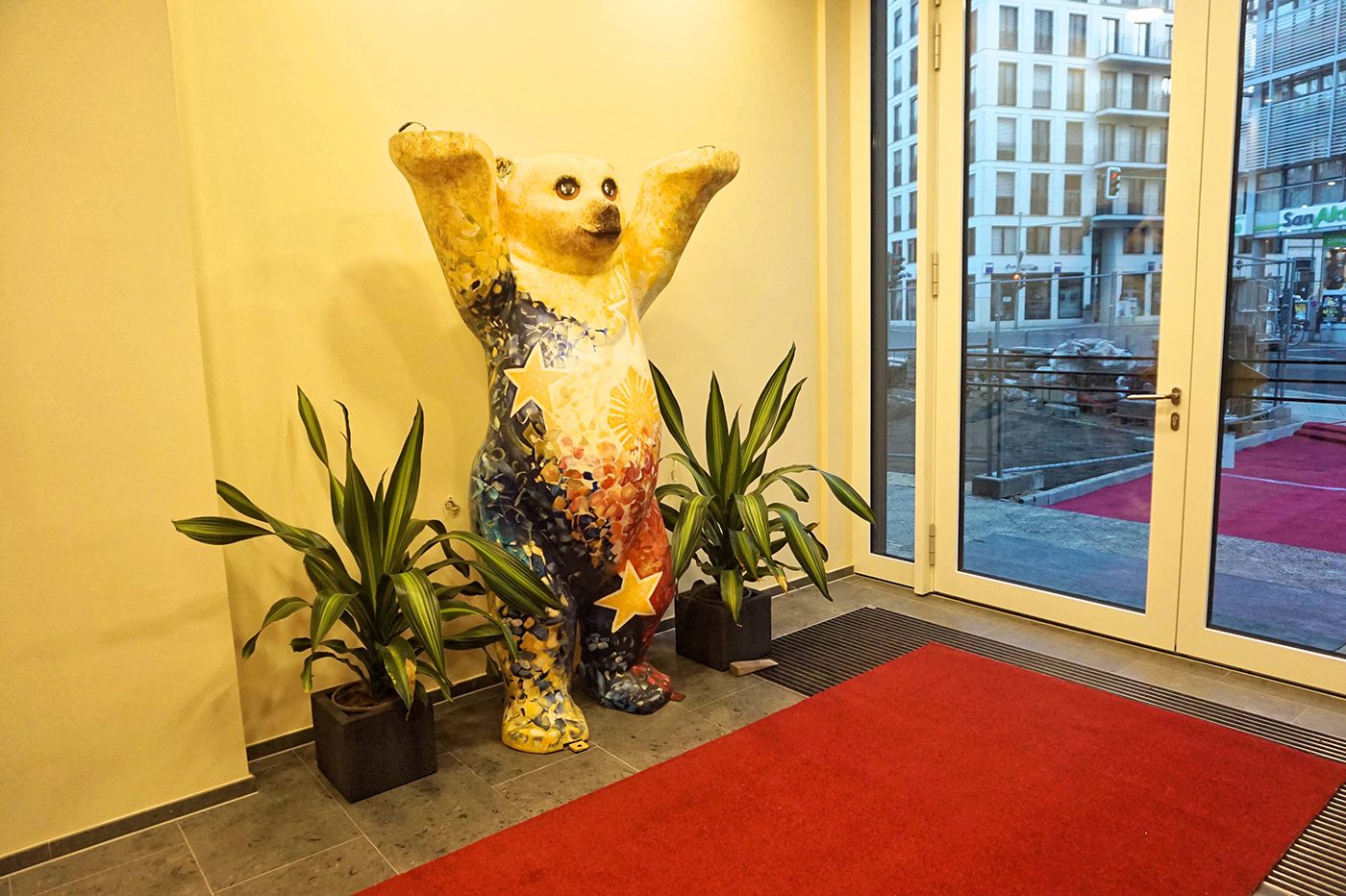 The embassy features modern architecture paired with modern Filipiniana details in its interior. A cultural space called Sentro Rizal takes up one whole floor, highlighting the importance of cultural diplomacy. Senator Loren Legarda, who campaigned for and secured the funding for the building project, stressed the importance of focusing on cultural initiatives as a means to promote a nation as it is “a soft opener to political and economic initiatives with other nations.” “Through cultural diplomacy, we foster deeper understanding with other nations and we discover that no matter how diverse our respective cultures are,” Legarda said, “We see similarities or points of convergence, which spark our curiosity to learn more about the culture of the other nation, and bring about deeper appreciation and understanding among citizens of different cultures. This will also be beneficial to our overseas Filipino workers.” Berlin is just the beginning. Within the next 5 years, the DFA has plans to open more foreign posts.

Plans include embassies in Sweden, Ireland, Palau, Colombia, Cuba, Ethiopia, Morocco, and Kazakhstan, as well as consulates in Barcelona, Spain; Nagoya, Japan; Istanbul, Turkey; Melbourne, Australia, and Almaty in Kazakhstan. The government is also eyeing a Permanent Mission to the International Maritime Organisation in London to further maritime interests of the archipelagic nation. 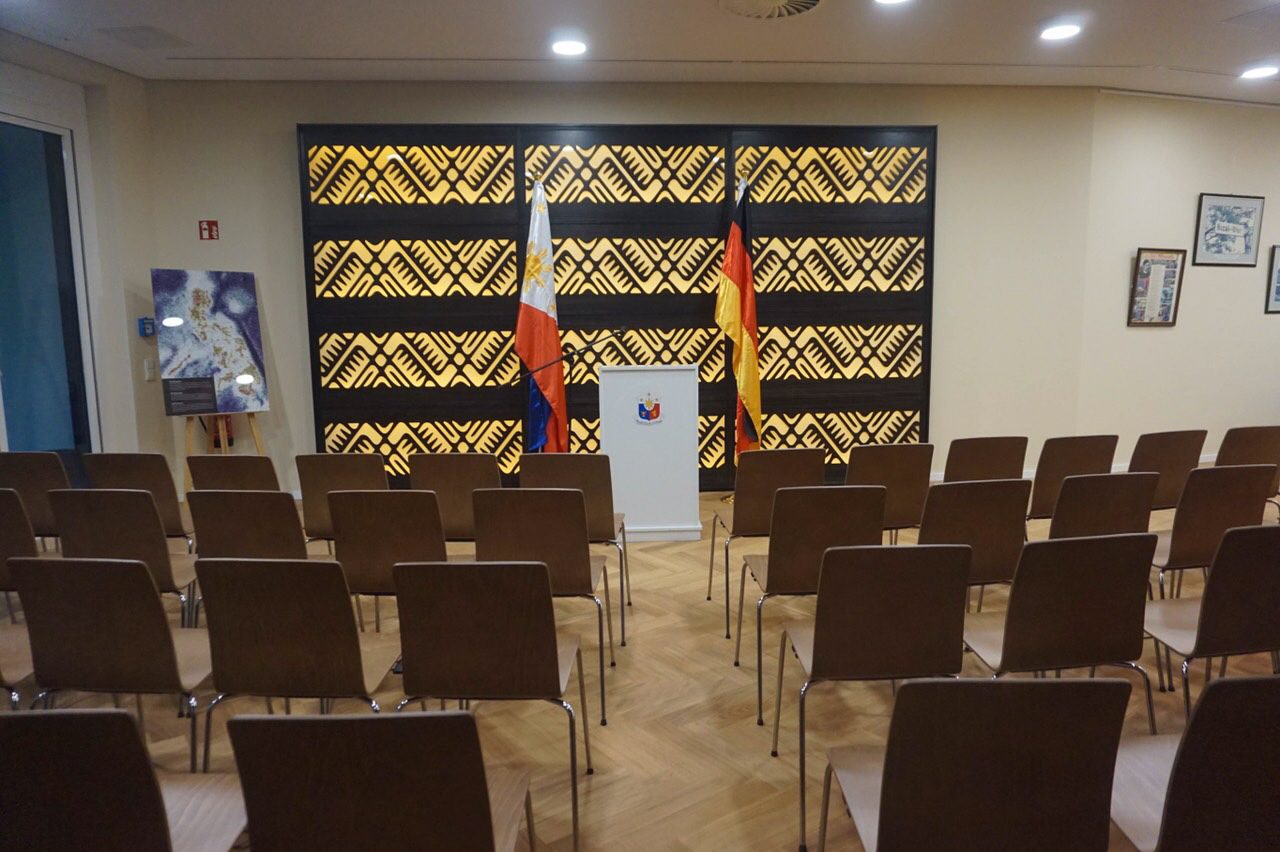 “We’re trying to,” Locsin said when asked about the plans. “We need to get the DBM (Department of Budget and Management) to approve the budget.” Locsin added that opening more posts coincides with Philippine diplomacy’s reputation that looks out to the world, representing worldwide causes.

“That’s something we do so well. We’re credited for advancing the cause of climate change, thanks to Senator Legarda. In counter-terrorism, we are highly respected in our opinions. The global compact on migration where we have a historical reputation as a country, that takes in everyone,” he said. The inauguration was attended by members of the diplomatic corps in Germany and members of the Filipino community. Filipino tenor Jose Mari Rubio and pianist Abellardo Galang II performed songs in Filipino and German for the audience. Guests were also served modern Filipino food by Ayan, a Filipino restaurant in Berlin. Also in attendance at the inauguration were former and current DFA officials who were instrumental in the procurement of the property. Among them were former ambassadors to Germany Melita Sta Maria Thomeczek and Maria Cleofe Natividad, who is now ambassador to Vienna, as well as former undersecretary for administration and now ambassador to Argentina Linglingay Lacanlale. Also present were DFA Assistant Secretary for European Affairs Maria Amelita Aquino and Consul General Evelyn Austria Garcia of the newly reopened Philippine consulate general in Frankfurt. – Rappler.com