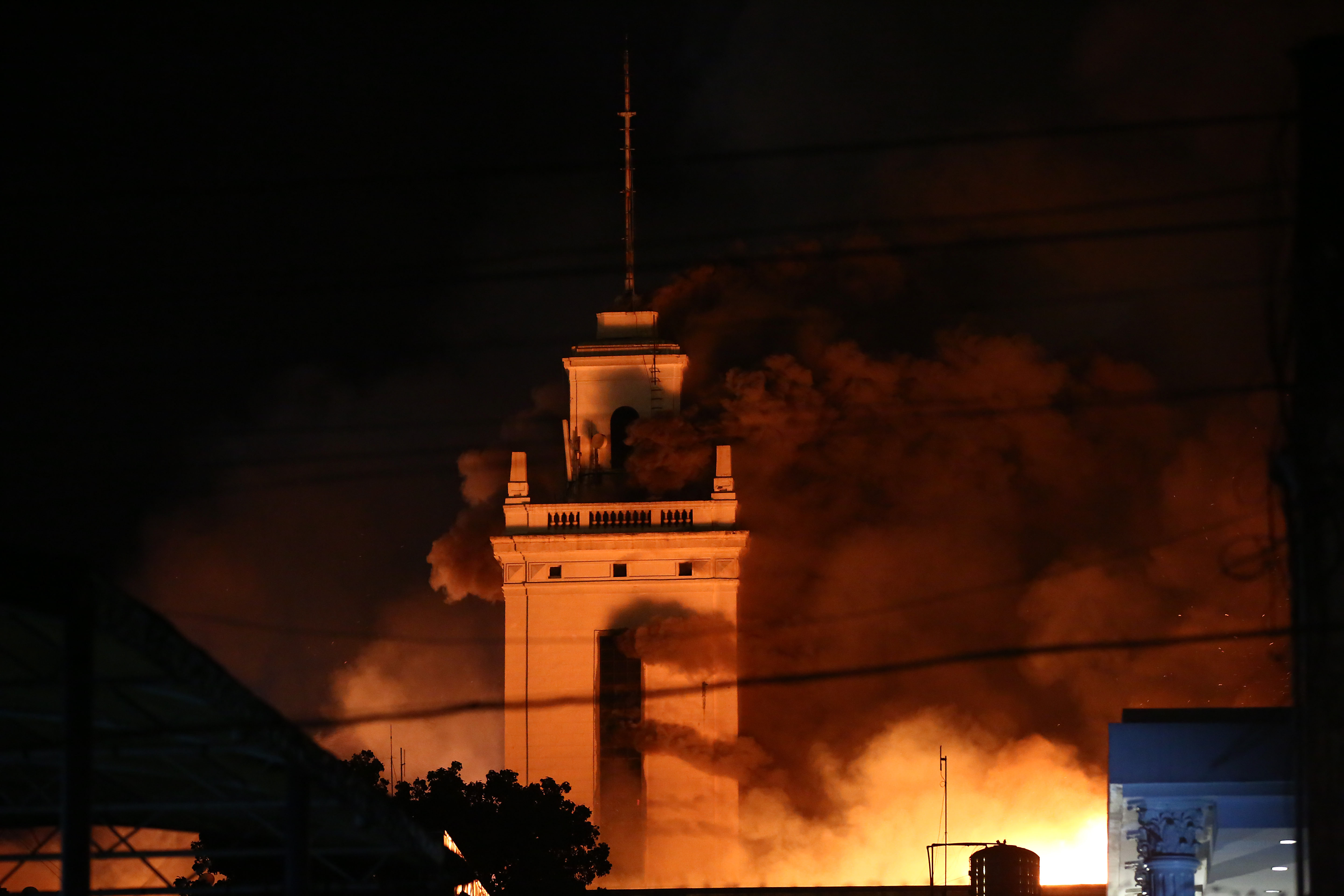 MANILA, Philippines (UPDATED) – Operations at the Bureau of Customs-Port of Manila (POM) will continue despite the fire that razed parts of the building, the BOC said on Saturday, February 23.

Customs Commissioner Rey Leonardo Guerrero gave the assurance to the public a day after fire hit the 3rd floor of the POM building at the South Harbor in Manila and spread to other parts of the historic building Friday night, February 22.

“We want to assure the public that our operations will not be affected by this event,” he said in a statement on Saturday,

Guerrero said the POM and the Central Office was working through the long weekend to “restore and re-establish systems and facilities that were destroyed by the fire” so that the office can resume normal operations by Tuesday.

“Our Management Information System and Technology Group are re-establishing the information system so the Port of Manila can immediately offer its services to its stakeholders. Everyone at the Bureau of Customs is working together to help the Port of Manila in getting up as soon as possible to stabilize the situation and guarantee minimal disruption for the transacting public,” he said.

BOC spokesperson Sandio Austria  said the offices affected by the blaze will be temporarily moved to the BOC gymnasium, where its personnel would continue processing transactions when work resumes on Tuesday, February 26.  February 25 is a special non-working holiday in observance of the anniversary of the EDSA People Power Revolution.

“This is the immediate concern and priority of the Commissioner,” Austria said.

He added that the bureau will coordinate with nearby government offices such as the Philippine Ports Authority, the Maritime Industry Authority, and the port operator’s building near POM for the possible use of their offices for BOC personnel.

According to the Bureau of Fire Protection, the fire started at around 9 pm at the third floor of the building, and reached the fifth alarm an hour later.

Guerrero was on the ground when the fire started, along with other BOC officials and personnel.

The BOC said there will be a formal investigation into the cause of the fire.

District Collector Rhea Gregorio said the third and fourth floors of the historic building had been “totally gutted.”

“The whole building is closed down while BFP assessing damage,” Gregorio added.

The BOC building in South Harbor is a heritage landmark in the country, and deemed an important property by the National Historical Commission of the Philippines.

The structure is among the few buildings in Manila that survived World War II. – Rappler.com