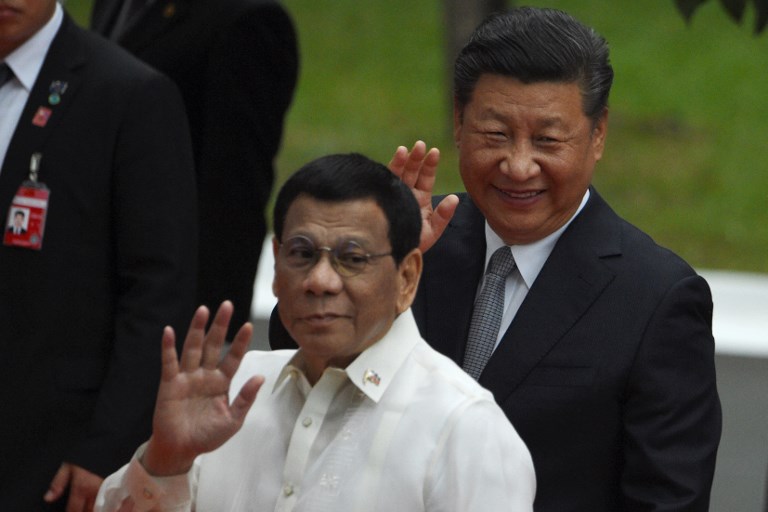 MANILA, Philippines – President Rodrigo Duterte took a tolerant stance on the influx of Chinese workers in the Philippines.

The Philippine consulate-general in Hong Kong earlier estimated that 200,000 OFWs are working as maids in mainland China, with most of the workers recruited from Hong Kong.

Meanwhile, industry insiders estimated that there are some 100,000 to 250,000 Chinese nationals employed illegally in the country.

In his recent opinion piece on Manila Times, Special Envoy to China Ramon Tulfo described Duterte’s stance on illegal Chinese workers as “tolerant.” Tulfo wrote the piece after he met with the President, who visited Hong Kong for a “family trip” mid-February.

“The President said there were many Filipino workers who are illegally employed in China, but the Chinese government tolerates their stay as long as they’re not committing any crime,” Tulfo said.

Rise of Chinese nationals in the Philippines

In November 2018, ABS-CBN reported that the President approved of the deportation of illegal Chinese workers, but should be done “carefully.”

Duterte said then that China “has not deported” any illegal Filipino workers yet, citing possible backlash if there would be a government crackdown on undocumented Chinese workers in the Philippines.

From 2015 to 2018, Department of Labor and Employment had issued 169,893 alien working permits (AEP), 85,496 of which went to Chinese workers. (READ: How China’s online gambling addiction is reshaping Manila)

AEPs, valid up to 3 years, are required to get a working visa in the country.

Meanwhile, the Bureau of Immigration said it issued 185,000 special work permits from January to November 2018. Of the current valid SWPs, 64,087 of the total 72,010 were given to Chinese nationals. – Rappler.com