Feb 24, 2019 10:15 AM PHT
Rambo Talabong
Facebook Twitter Copy URL
Copied
If confirmed to be cocaine, the bricks would have an estimated value of P230 million 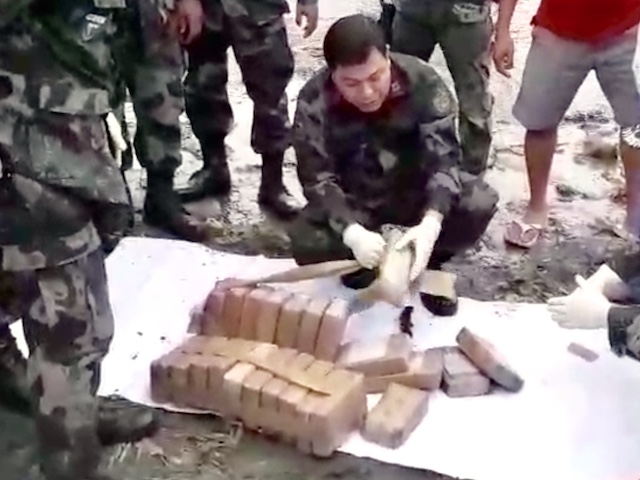 Wrapped in packaging tape, the 34 bricks were spotted bound together floating off the shore of Purok Santan, Barangay Bungtod in Tandag City, Surigao del Sur, by two fishermen.

Upon examination, cops noticed that the bricks looked similar to cocaine packs recovered from other shores in the eastern seaboard of the Philippines: wrapped in packaging tape and labeled with a dollar sign. (READ: A week’s haul: P472.6-M cocaine bricks found on Philippine shores)

Caraga cops repeated their call to civilians, especially fishermen, to contact authorities immediately if they see any suspicious bricks floating in seawaters or landing ashore.

People who would hand in drug bricks would be rewarded with a sack of rice per pack.

The substances found on Sunday are still up for laboratory tests. If confirmed to be cocaine, the bricks would have an estimated value of P230 million. – Rappler.com