Duterte: Inday Sara is the one who calls the shots 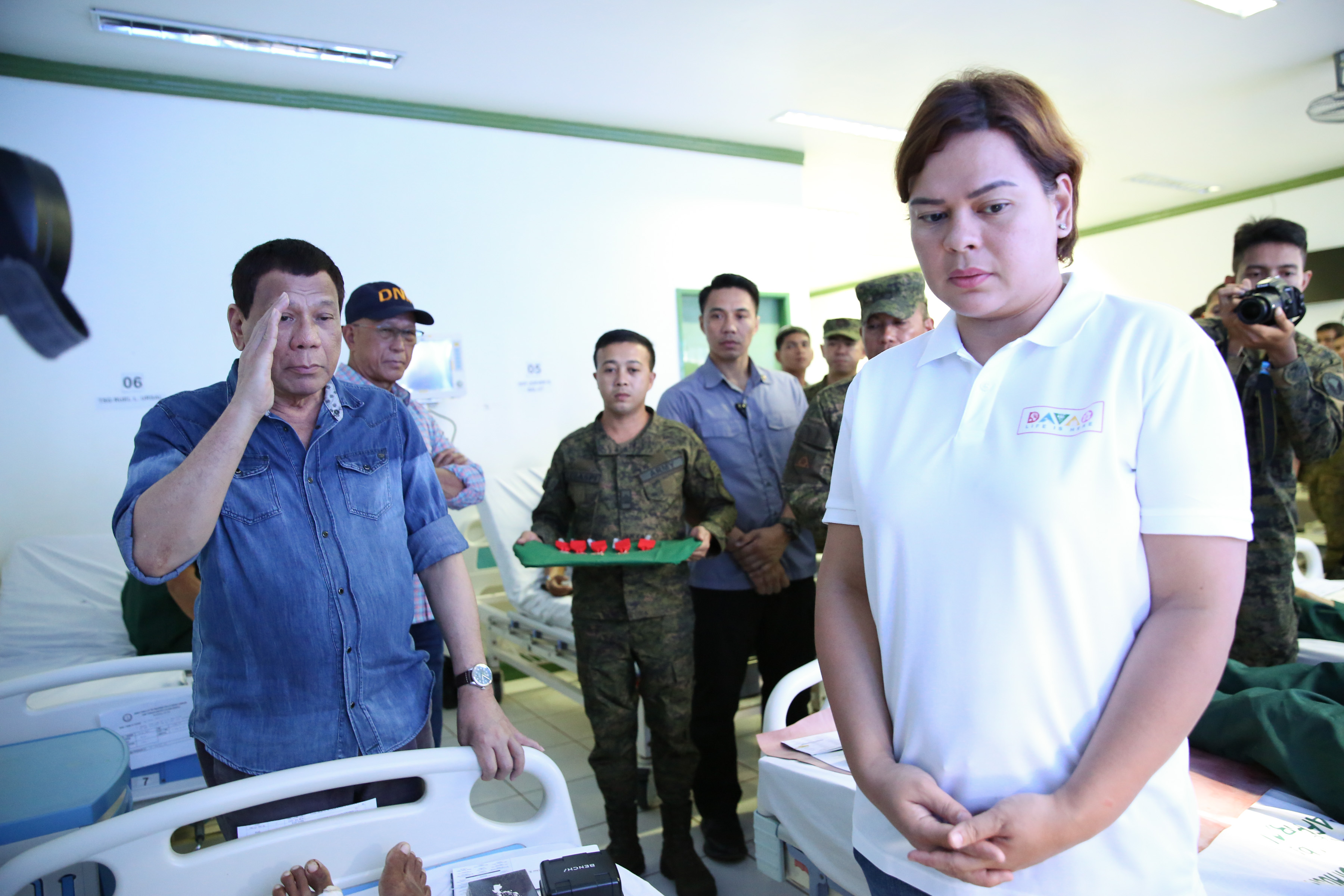 MANILA, Philippines – President Rodrigo Duterte said on Sunday, February 24, that it is his daughter, Davao City Mayor Sara Duterte-Carpio “who calls the shots.”

“These days it’s Inday (Sara) who calls the shots. Inday is the one who controls poli—I don’t have anything to do with it anymore,” Duterte said in Bisaya on Sunday in Cebu City at an event of the Department of Social Welfare and Development (DSWD).

Duterte also alluded to the ousting of Pantaleon Alvarez as House Speaker, which was reportedly orchestrated by Sara, Imee Marcos and the one who got the speakership, former president Gloria Macapagal-Arroyo.

“The issue with Alvarez was just teasing him like, ‘I can also impeach him. That’s why if you joke—don’t do things that pertain to fathers, mothers, brothers, or children. Watch out. This was in Davao. Where it started. Alvarez was booted out,” Duterte said, also in Bisaya.

After the DSWD event, Duterte immediately went to the PDP-Laban campaign rally where Alvarez was on stage with Marcos.

“On my end, I didn’t even know he was mad at me. But you can’t get past Inday—she really will make you pay the consequences,” Duterte said.

Sara’s Hugpong ng Pagbabago (HNP) includes Marcos in its slate. Because of the coalition between  HNP and PDP-Laban, Marcos has had to share the same stage during campaign rallies with PDP’s lead candidate, Senator Koko Pimentel.

Pimentel has earlier said he’s okay to campaign with Marcos as long as the latter is not with PDP-Laban. PDP-Laban was founded by Pimentel’s father, former Senate president Aquilino Pimentel Jr, who was a political prisoner during Martial Law and fought the Marcos dictatorship. – Rappler.com