Feb 26, 2019 7:30 PM PHT
Sofia Tomacruz
Facebook Twitter Copy URL
Copied
The Department of Health reiterates that the measles vaccine is safe and that the necessary doses are ready for its mass immunization campaign 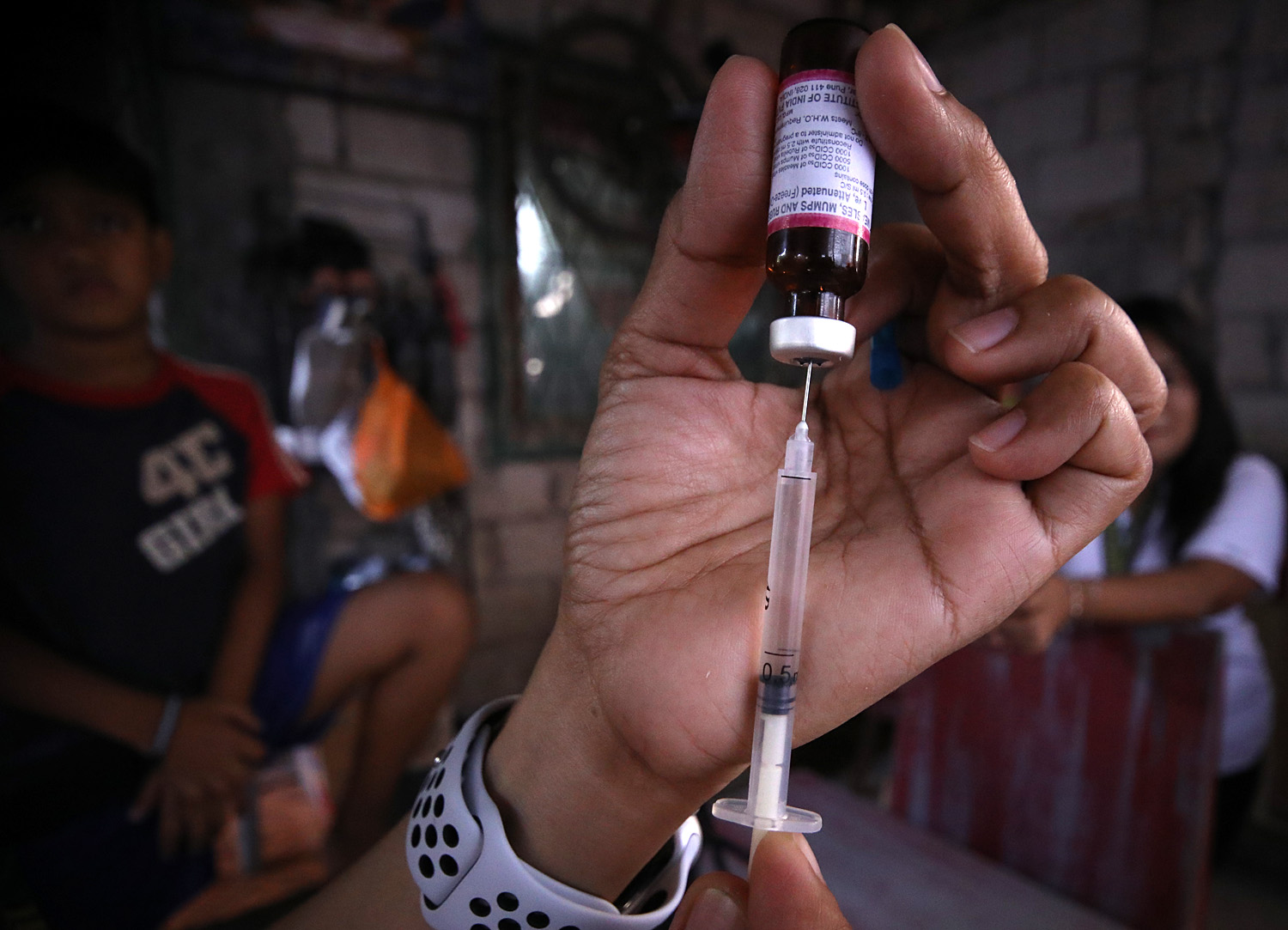 MANILA, Philippines – The Department of Health (DOH) on Tuesday, February 26, again appealed to the public to get vaccinated against measles, as the immunization rate has yet to improve amid an outbreak.

The DOH said it has purchased “all doses planned” for the measles, mumps, and rubella (MMR) vaccine, but many parents still appear to be hesitant. (READ: EXPLAINER: When should one get vaccinated against measles?)

According to the DOH, P7.3 billion or about 98% of the P7.4 billion allocated for its National Immunization Program has been spent for the “procurement and use” of vaccines needed for infants all the way up to senior citizens.

“We ensured that all doses planned have been procured, despite inflation of vaccine costs. We unfortunately still witnessed a drop in the vaccination rate due to vaccine hesitancy,” the DOH said in a statement.

In an effort to halt the steep rise in the number of measles cases, the government has mounted a mass immunization campaign. The target is to vaccinate about 12 million people by March, which would mean 95% vaccination coverage.

That number would ensure “herd immunity,” where people who already have measles will be “walled off” from the rest of the population.

The DOH has yet to release figures on the current vaccination coverage rate.

It is crucial for the government to meet its target for the mass immunization campaign to control the rise in measles cases and to ensure the protection of Filipinos from the disease in the long run.

If this is achieved, Health Secretary Francisco Duque III said the measles outbreak could be under control sometime between the end of April and start of May.

“Vaccination only works when there is collective action. We very much hope to get the support of the public, government agencies, and civil societies in our fight against measles and misinformation,” the DOH said. – Rappler.com