More than 2,000 arrested since start of election period 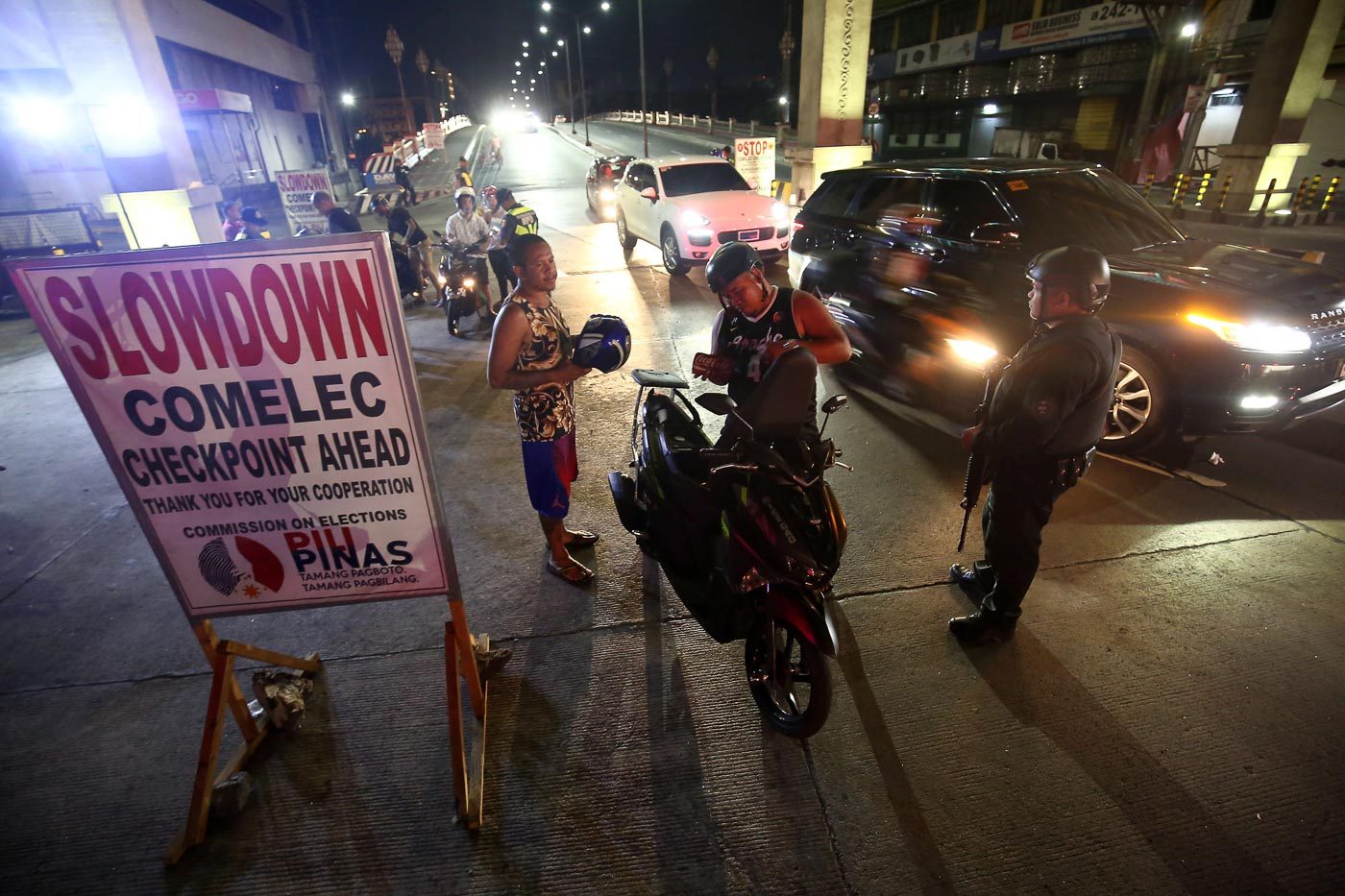 MANILA, Philippines – A total of 2,075 persons have been arrested in over  6 weeks due to increased police operations for the 2019 midterm elections, according to the Philippine National Police (PNP).

These arrests were made from January 13, the start of the election period, until  February 27 said the PNP report released on Thursday, February 28. (READ: Comelec, police inspect checkpoints as 2019 election period begins)

Most of those arrests were during Police Patrol Response (54% or 1,130 people).

Those arrested were mostly civilians (1,962 people), followed by security guards (41), government or elected officials (27), PNP (22), threat groups (10), other law enforcement agencies (5), Armed Forces of the Philippines (3), and Bureau of Jail Management and Penology (1). There were no members of the Bureau of Fire Protection or foreign nationals arrested.

Filipinos can vote officials into more than 18,000 positions on election day, May 19. – Rappler.com