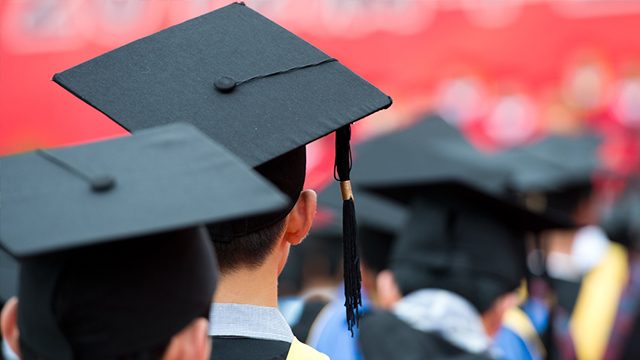 MANILA, Philippines – The Department of Education (DepEd) on Saturday, March 2, said Grade 6 completers for school year 2018-2019 will have a graduation ceremony as their end-of-school-year rites.

“The end-of-school-year rites for Grade 6 completers this school year 2018-2019 shall be a graduation ceremony,” Education Secretary Leonor Briones said in a DepEd memorandum dated March 1.

The same memorandum, however, noted that discussions are still ongoing as to whether Grade 6 completers in the future should have a “moving-up” ceremony instead of a graduation ceremony.

“The moving-up” ceremony instead of a graduation for Grade 6 completers is under discussion by the Executive Committee. Should this be approved, DepEd assures all concerned that this will be announced with sufficient lead time.”

Below are the end-of-school-year rites of the following grade levels:

Briones added that for public schools, expenses related to these events should be charged to the school’s maintenance and other operating expenses. DepEd personnel are not allowed to collect fees for their respective graduation and moving-up ceremonies.

The theme for the 2019 ceremonies is “Pagkakaisa sa Pagkakaiba-iba: Kalidad na Edukasyon para sa Lahat (Unity in Diversity: Quality Education for All),“ which highlights the role of K to 12 in developing Filipinos.

DepEd said schools may translate the theme into their respective mother tongues. – Rappler.com