The suitcases are believed to belong to a still unidentified passenger who arrived at the NAIA Terminal 2 from Hong Kong, aboard Philippine Airlines Flight PR311.

The Bureau of Customs (BOC) intercepted the luggage and found several species of turtles such as star tortoises, red-footed tortoises, sulcata tortoises, and red-eared sliders. Some were even duct-taped.

“The passenger may have been informed of the vigilance of the port against illegal wildlife trade and its penalties, thus leaving the 4 x-rayed luggage unclaimed in the arrival area,” said the BOC in a statement on Monday, March 4.

The smuggling of the turtles is a violation of Republic Act (RA) No. 9147 or the Wildlife Resources Conservation and Protection Act as well as RA No. 10863 or the Customs Modernization and Tariff Act. (READ: ASEAN wages war against illegal wildlife trade)

The incident coincided with World Wildlife Day, held every March 3 to “celebrate and raise awareness of the world’s wild animals and plants.”

The turtles were turned over to the Department of Environment and Natural Resources (DENR) Wildlife Traffic Monitoring Unit for safekeeping. 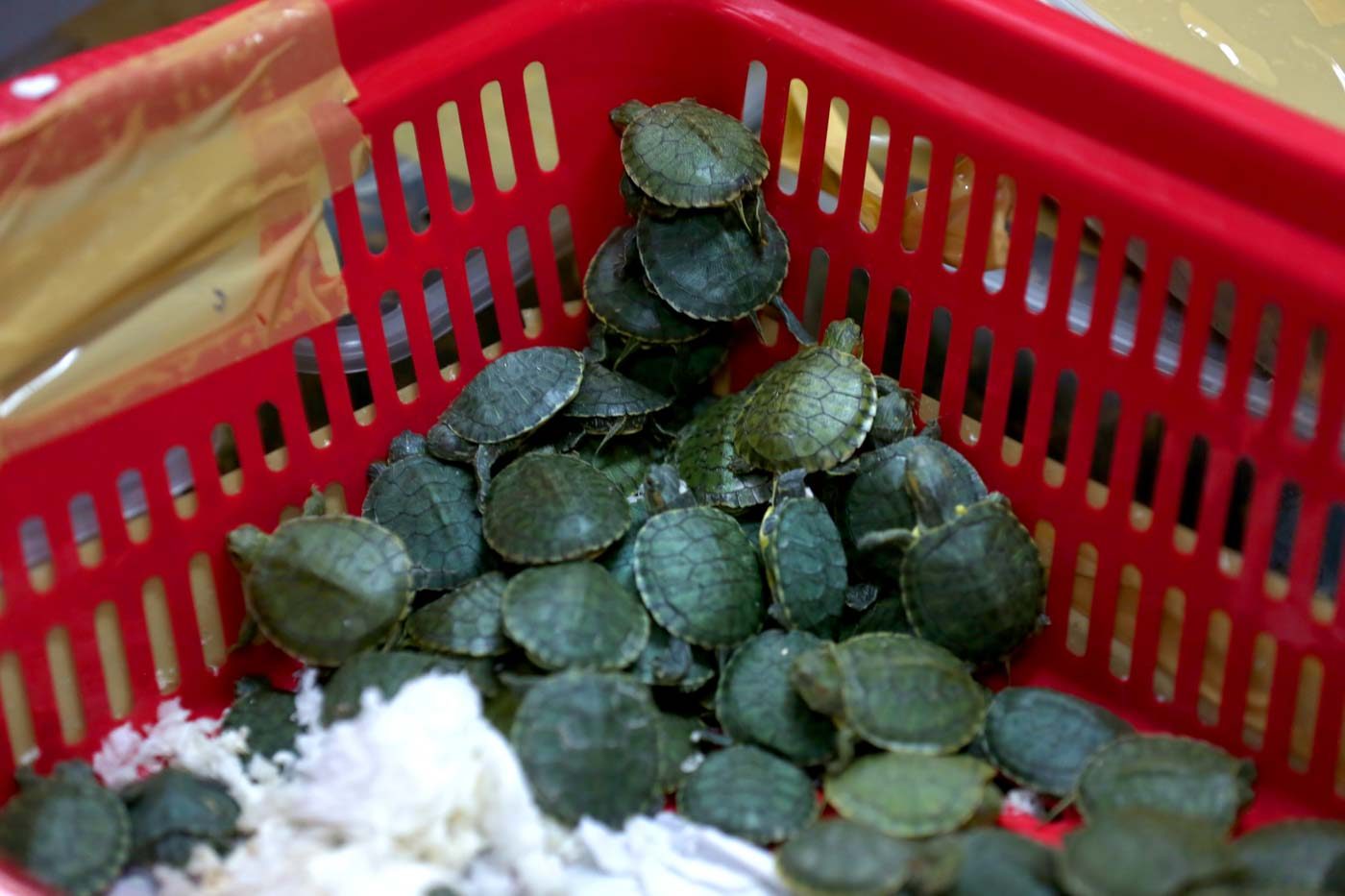 According to the BOC, a total of 560 wildlife and endangered species found being smuggled through NAIA were turned over to the DENR in 2018. – Rappler.com