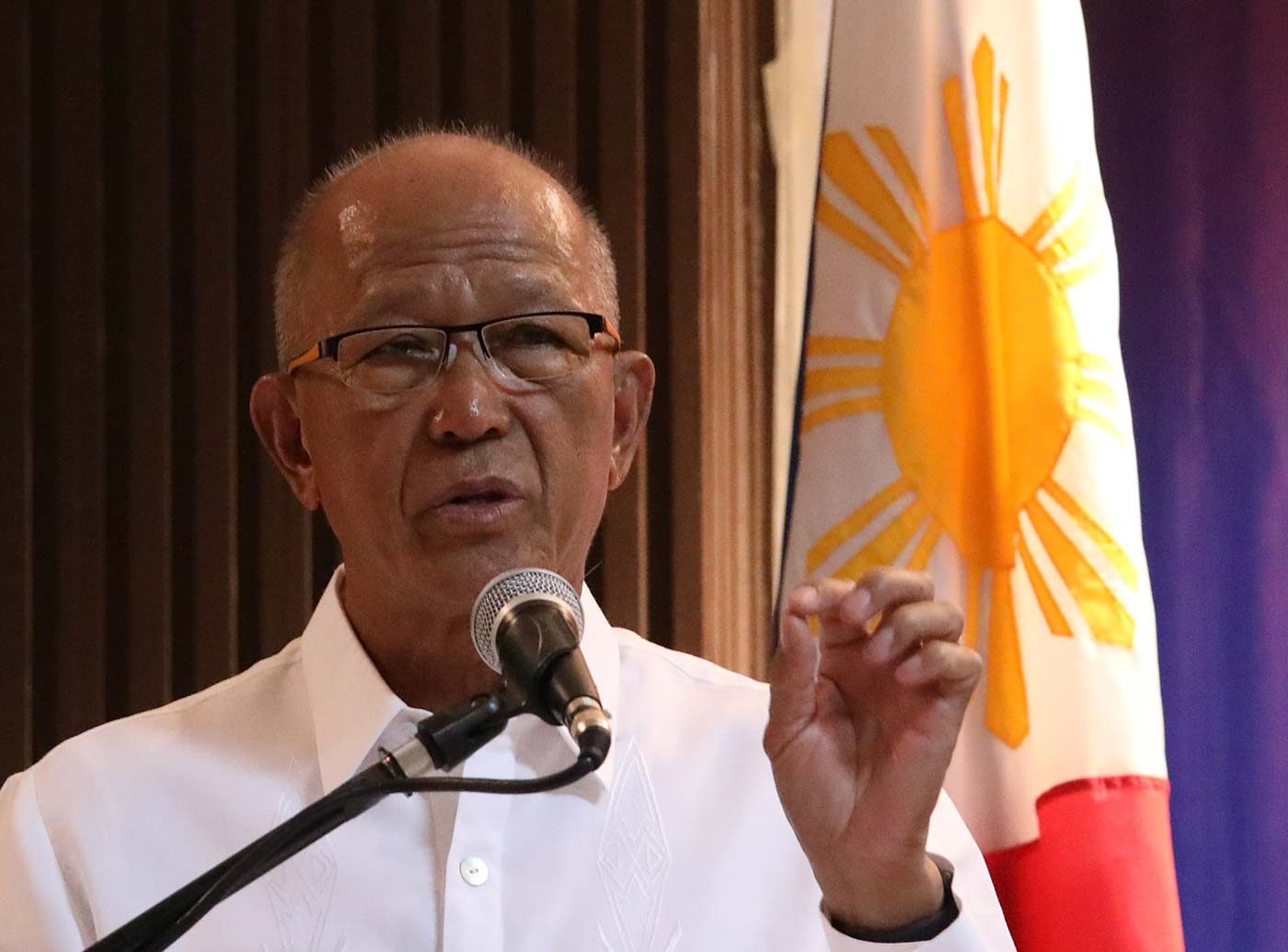 The MDT states that the Philippines and the United States will come to each other’s aid in case of armed attacks. Lorenzana is seeking a review of the MDT contrary to the stance of Locsin.

In a statement on Tuesday, Lorenzana contradicted Locsin’s argument that the “vagueness” of the MDT will serve as a “deterrent” to attacks against the Philippines.

“I do not believe that ambiguity or vagueness of the Philippine-US Mutual Defense Treaty will serve as a deterrent. In fact, it will cause confusion and chaos during a crisis,” Lorenzana said.

“The fact that the security environment now is so vastly different and much more complex than the bipolar security construct of the era when the MDT was written necessitates a review of the treaty,” he added.

Lorenzana did not name the foreign secretary, but issued his statement days after Locsin commented on the 68-year-old MDT. “In vagueness lies the best deterrence,” Locsin said in a joint press conference with US Secretary of State Mike Pompeo in Manila last Friday, March 1.

Pompeo in Friday’s press conference assured Filipinos that “any armed attack on any Philippine forces, aircraft, or public vessels in the South China Sea will trigger mutual defense obligations under Article 4 of our Mutual Defense Treaty.” Locsin quoted Pompeo as telling him, “We have your back.”

Pompeo’s assurance was seen to quell doubts, especially from President Rodrigo Duterte himself, about the US’ commitment to defend the Philippines against possible attacks by China. (READ: Pompeo visit: Philippines gets timely assurance from oldest ally)

Presidential Spokesperson Salvador Panelo said that “this is the first time that the US made a policy statement” like this. Former foreign secretary Albert del Rosario agreed that Pompeo’s assurance is “one of the most important statements made in the many decades since the Mutual Defense Treaty was ratified in 1951.”

Fearing ‘a war that we do not seek’

Lorenzana, on the other hand, is the strongest voice pushing for a review of the MDT. A retired general, Lorenzana once served as head of veterans affairs at the Philippine embassy in Washington DC when Del Rosario was ambassador to the US.

In his statement on Tuesday, the defense chief argued that the MDT “should have been reviewed when the US bases were terminated in 1992 and we lost our security umbrella.”

He noted that a couple of years after the US left these bases, the Chinese “began their aggressive actions” on the Philippines’ Mischief Reef. While this was not an armed attack, he said that this “was aggression just the same,” and “the US did not stop it.”

Lorenzana said: “The Philippines is not in a conflict with anyone and will not be at war with anyone in the future. But the United States, with the increased and frequent passage of its naval vessels in the West Philippine Sea, is more likely to be involved in a shooting war. In such a case and on the basis of the MDT, the Philippines will be automatically involved.”

“It is not the lack of reassurance that worries me. It is being involved in a war that we do not seek and do not want,” the 70-year-old Lorenzana said. – Rappler.com