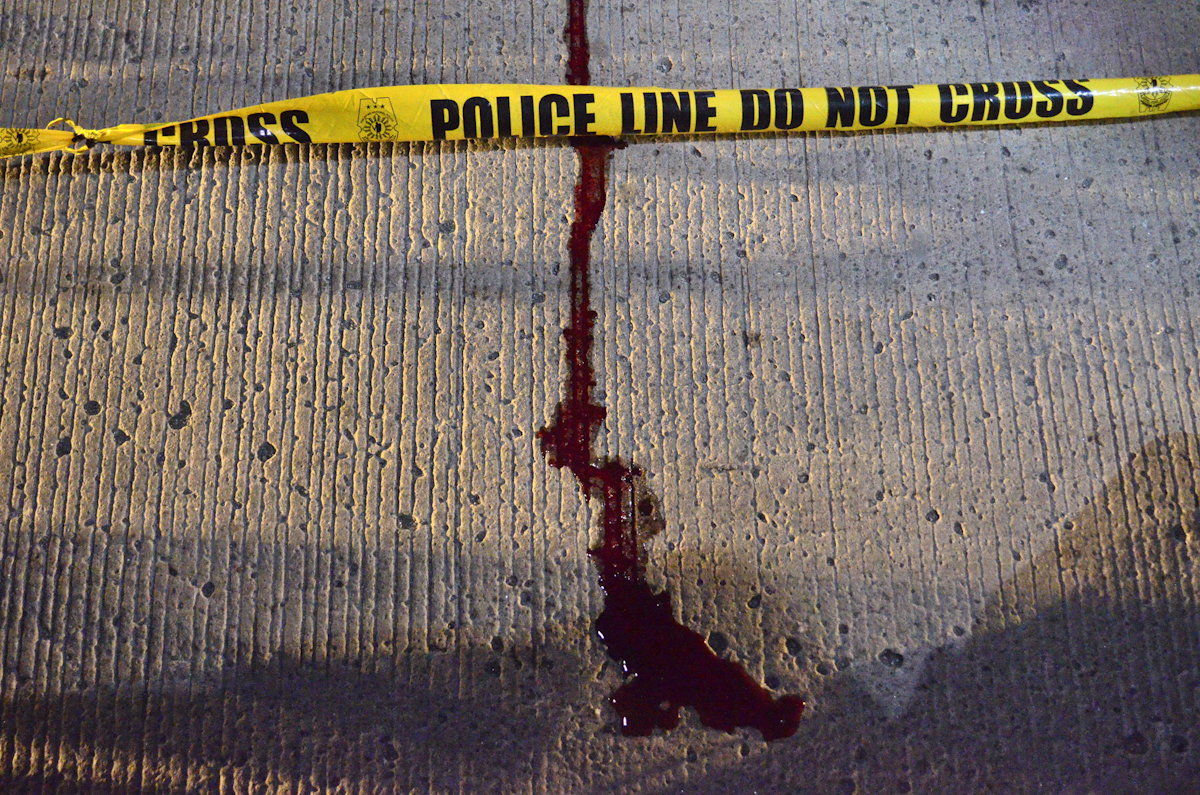 MANILA, Philippines (3rd UPDATE) – Lawyers and various groups have strongly condemned the killing of lawyer Rex Jasper Lopoz in Tagum City, Davao del Norte, and urged authorities to solve the case and other similar incidents “with a real sense of duty and competent dispatch.”

Lopoz, 41, was gunned down  in front of a shopping mall in Tagum City on Wednesday, March 13. He is the 38th member of the law profession to be killed under the Duterte administration, according to Abdiel Dan Elijah Fajardo, International Bar of the Philippines (IBP) National President.

“We strongly condemn the treacherous killing of lawyer Rex Jasper Lopoz, a member of the Integrated Bar of the Philippines (IBP) Davao del Norte…. His death marks the most recent in a quick succession of violent attacks against lawyers, judges, and prosecutors,” Fajardo said in a statement on Thursday, March 14.

“We call on the police and investigative authorities to solve these cases with a real sense of duty and competent dispatch. Lawyers, prosecutors, and judges are being targeted with surging frequency and impunity,” he added.

Fajardo described the killing as carried out by “skilled assassins.”

Killed by a sniper

Davao del Norte police chief Senior Superintendent Ferlu Silvio said Lopoz was about to get into his car outside a shopping mall in Tagum City when shot by unidentified assailants on Wednesday night.

Lopoz was with his companion Danny Santos when he slumped to the ground around 7:21 p.m.

Chief Inspector Jason Baria, Southern Mindanao police regional spokesperson, said Santos claimed he did not hear any gunshot but a mall guard told investigators that he heard one shot.

Silvio told Rappler that investigators concluded that the bullet that killed Lopoz was fired by a sniper positioned several meters away from where the lawyer was killed.

“(The suspect) was on the same side of the highway,” Silvio said.

He said the conclusion was based on the slug recovered, which indicated that it was fired from a 5.56 cartridge, the same type of ammunition used for Armalite rifles and similar light assault weapons.

Following the latest incident, the IBP renewed its call “for the Supreme Court to initiate a through and impartial investigation into all killings of Filipino lawyers by convening a dialogue among the Supreme Court, the IBP, state security forces, and other relevant organizations.”

Fajardo said such a dialogue would allow “ the parties to engage in open and constructive discussion on ensuring the safety and security of lawyers.”

The IBP president also cited other recent cases – the assassination of Prosecutor Mary Ann Castro in Cebu City on January 17, and the abduction of lawyer Alwyn Mendoza in Nueva Ecija on February 23, 2019 – to underscore the threats faced by lawyers in the country.

“This series of unsolved crimes against lawyers has germinated a dark halo of fear that has paralyzed the most important pillars of the justice system,” Fajardo said.

“Murder and other forms of mindless violence have no place in civilized society. Lawyers are professionals who must not be associated with the perceived crimes of their clients. We are sworn to advocate our clients’ causes within the bounds of law, free from fear and intimidation, and regardless of our opinions as to their guilt or innocence,” he added.

Death of another ‘pro-poor lawyer’

In a statement on Friday, March 15, the Philippine Misereor Partnership Inc (PMPI), denounced the killing of Lopoz and mourned the loss of another “people’s lawyer.”

“Our heart bleeds as another pro-poor lawyer has fallen victim to a scheme of unabated killing and impunity. We at PMPI denounce this treacherous killing of Atty Rex Jasper Lopoz. We mourn for losing another protector of people without voices,” said PMPI.

“We appeal to authorities to investigate the death of Atty Lopoz, whose life spent among the ordinary people have made him a true People’s Lawyer. Let not his death become another additional number to thousands of unsolved cases of killings,” it said.

In a Facebook post, Lopoz’s older brother called for justice for Rex who, he said, was “killed in the Duterte drug war.”

“I thank you all who extended your condolences. I call upon everyone to stand up against impunity. We, as a people, are better than all these killings. We are much better than enabling a murderous administration,” Dexter Lopoz, also a lawyer, said in his post on March 13 shortly after his brother’s death.

Dexter, a member of the Union of People’s Lawyers in Davao, said his brother was the second lawyer in the Lopoz family “lost through summary killings” under the Duterte administration – “lawyers who fought for and helped the poor under this present administration.”

The other one is Rolando Lopoz Acido, a prosecutor of Mati City, Davao Oriental, who was killed by riding-in-tandem gunmen on October 26, 2016.

“Two lawyers in the family killed in the time of the PDigong administration shows impunity at its worst…. I still hope for justice for both Kuya Boy and Tata Rex,” Dexter said in another Facebook post on March 14.

Rex, according to those who knew him, was a musician by heart.

Despite being a lawyer, he found time to play rock music as vocalist/guitarist for his Taraming Band.

He called his brand of rock as “the new breed of Davao’s rock music,” and refused to play covers. They mainly played original songs such as “Nagbibilang”  in their gigs in small bars in such faraway places as Tacurong City in Sultan Kudarat. – Rappler.com