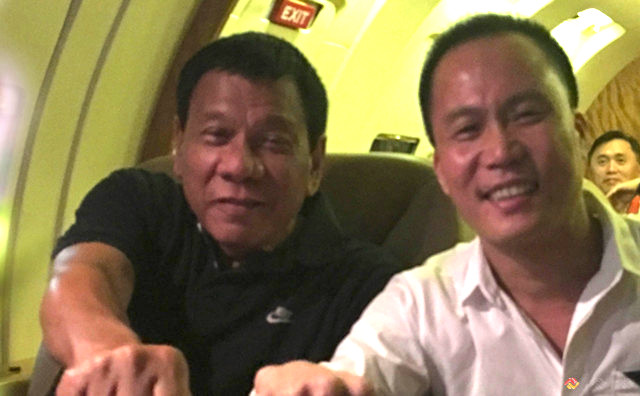 Aquino confirmed to Rappler that he relayed the intel report to Malacañang, which he said vowed to probe Yang. Despite the intel, Aquino said Yang was not included in President Rodrigo Duterte’s narco-list, which collects names based on intelligence information.

Acierto believed the report was ignored or blocked to protect Yang, a longtime acquaintance of Duterte.

On what basis? Pressed to share how they cleared Yang despite his intel report, Banac said he was just echoing the statement of Malacañang, which earlier cleared Yang.

“Ang statement ng Palasyo at ng PNP ay iisa naman (The statement of the Palace and the PNP is just one),” Banac said.

The PNP, however, can still act on the intelligence report prepared by Acierto, but only if they see it fit to do so.

In an earlier interview with Rappler, Albayalde said Acierto had lost his credibility for not working on the case himself before he was dismissed from the service over an illegal firearms deal, and implicated in the multibillion-peso shabu shipment controversy in 2018.

“Why didn’t he do that when he had the chance? How can you prove his credibility now? He has no credibility. What’s happening is, he’s doing a shotgun,” the PNP chief said. – Rappler.com